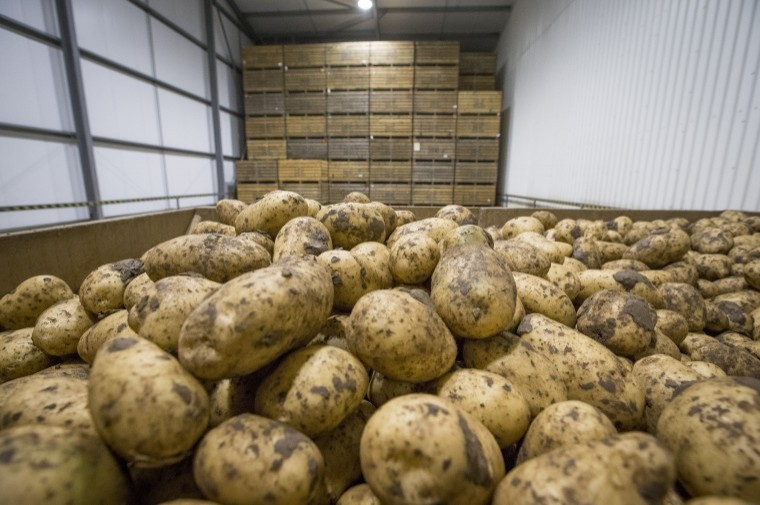 Potato stocks are the lowest during this point in the season since 2016/17 and follows one of the smallest potato harvests on record.

Drawdown, the rate at which potatoes are removed from store, is lower than recent years at 39%, three percentage points below the five-year average.

Aidan Wright, market intelligence analyst at AHDB, said that there were signs of increased industry collaboration to make best use of the small harvest.

“In contrast to 2018, the 2017 crop was a large one so in September there were still plenty of potatoes in store in good condition that could be used by some sectors to bolster this season’s supplies.

“Packhouses and processors have also altered specifications to reduce waste, in order to get the most out of this season’s crop.

“In addition, many growers delayed harvesting to allow crops to bulk following the drought during the summer, reducing the time prior to November that crops were marketed.”

At the same point last season, grower held stocks were estimated at 3.62Mt. The lowest recent estimate was in 2012 when end-November supplies sat 0.3Mt lower at 2.66Mt..​

Mr Wright added “Moving forward, the stock levels at the end of January along with planting progress later in the spring will likely set the pace for price movement for the remainder of the season.

“While the unseasonably warm weather is helping early planting, it is proving a challenge for those with ambient stores. Reports suggest that growers are being forced to move at risk stock due to breakdown, earlier than planned.”

AHDB recently recognised the challenges store managers are currently facing, by releasing plans to support them with a fund of £800,000.​

There is more information on this and previous season’s stock levels at AHDB’s Potato Data Centre.