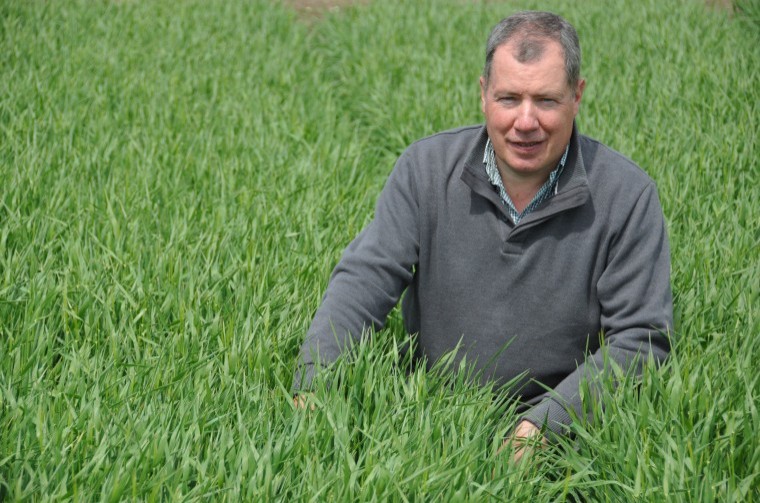 KWS Zyatt has been recommended as a Group 1 (P) bread-making wheat that combines high yields with outstanding grain quality and good all-round disease scores. The initial recommendation is provisional and is expected to be confirmed in spring 2017 following commercial milling tests by nabim.

“At 102% of controls KWS Zyatt is the highest yielding Group 1 (P) variety with high grain protein of 13.0% from trials grown to a milling specification. KWS Zyatt is a good protein scavenger and this enables it to maintain high protein levels with a new standard for yield,” says KWS wheat breeder Mark Dodds.

“We have seen KWS Zyatt perform impressively in private baking trials producing loaves with volume and a fine structure without needing additional gluten,” he adds.

In addition, KWS Zyatt is the first Group 1 since Crusoe in 2012 to receive ukp status as an approved export variety.

“An untreated yield of 120% of controls reflects the strength of its disease resistance package, including a Septoria tritici score of 6.4,” says Mark Dodds.

“KWS Zyatt has performed consistently well over three seasons and across all regions. It has good grain characteristics, stiff straw and is an excellent second wheat choice,” he adds.

At 106% of controls KWS Kerrin is the highest yielding variety to be added to the AHDB 2017-18 Recommended List. A KWS Santiago cross, it takes yields on a step from its parent, and has an exceptional performance in the east.

“KWS Kerrin is a variety that will appeal strongly to growers. It is 2% higher yielding than last year’s highest yielding variety, KWS Silverstone. It performs well as a second wheat and offers a high specific weight for a feed wheat as well offering improvements in disease resistance compared to KWS Santiago,” says Mark Dodds.

“With similar straw height to KWS Santiago it also maintains the stiff straw strength and medium maturity characteristics of its parent,” he adds.

The third wheat from KWS is Hardwicke. A Group 4 soft wheat, suited to distilling Hardwicke is one of the shortest varieties (80cm) on the Recommended List.

“Hardwicke has short, stiff straw with good disease resistance. Good performances across both light and heavy soils and early maturity mean Hardwicke will appeal strongly to growers in the north, but will also find favour further south,” says Mark Dodds.

At 107% of controls, Funky is the highest yielding inbred six-row to be added to the 2017-18 Recommended List and is just 2% behind the highest-yielding hybrid.

“Funky is a compelling variety proposition. At 113% of controls its untreated yield matches the best of the hybrids, while it has better specific weight and all-round disease resistance. A 7 for Rhynchosporium and a 6 for Net blotch along with its BaYMV resistance and early maturity further underline its credentials as a strong variety,” says KWS barley breeder, David Harrap.

“It does well across all regions and soil types, has demonstrated stiff straw and is quicker to reach ear emergence than its two-row counterparts, such as KWS Tower,” he adds.

The second winter barley from KWS to be added to the Recommended List is KWS Creswell, a two-row feed.

“KWS Creswell has been added to the RL for the north where it is the highest yielding two-row at 106% of controls, 2% higher yielding than any other two row. With its higher yield, it is a step on from KWS Glacier and has better disease resistance, especially to mildew, Net blotch and Rhynchosporium,” says David Harrap.

A UK gross output of 108.5% of controls means it is the second-highest yielding variety on the Recommended List and the highest-yielding candidate to be added to be added to the list this year.

“Flamingo has the best light leaf spot resistance of any variety on the 2017-18 Recommended List at 7.3 and one of the highest oil contents at 46.4%. Its appeal is further underlined by its excellent scores for lodging and stem stiffness (both 8), while at 149cm it is average in height,” says KWS oilseed rape product specialist Tom Dummett.

“Light leaf spot is the single biggest disease to affect oilseed rape crops in England and is responsible for millions of pounds in lost output. We believe Flamingo’s excellent disease resistance partly explains why it did so well in 2016 when oilseed rape crops generally were recoding below average performances,” he adds.

Although narrowly missing out on recommendation for the north where it’s gross output is 109% and it has the best LLS available it is a variety that is truly suited to all regions of the UK.