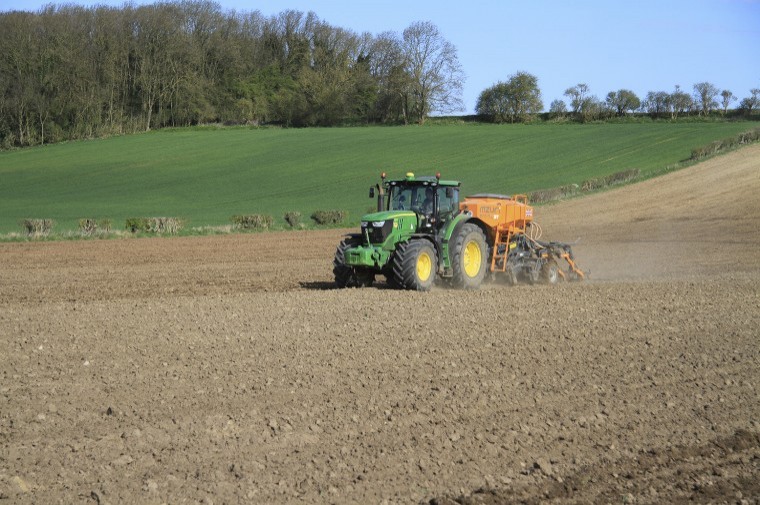 All too often establishment and tillering ability is overestimated, which means plant populations, subsequent ear numbers and grain yield are lower than they should be. The problem is most acute for later drilled crops, but he believes all growers should review seed rates and establishment.

“There’s more leeway for lower seed rates with September-sown wheat, as establishment typically averages around 85% and plants have more time to tiller. However, establishment falls to 60-65% by mid-October and maybe just 50% by November/December, with much less tillering capacity.”

Indeed, most wheat only generates 1.8-2 tillers/plant on average, so seed rates must be high enough to reach the target plant population and ear number for maximum yield, he adds.

For September drilling, that target is 150-200 established plants/m2, while October-sown wheat increases to 250-300/m2. “Work back from there, accounting for germination percentage and a realistic estimate of establishment to calculate the seed rate required.”

“Ten years of variable seed rate work shows average rate increases are 35-50% where necessary, so we’re not talking small adjustments. But crops and yield will be more consistent, with the greatest benefits on the most variable fields.”

Mr Hutchison acknowledges thicker crops require careful disease and canopy management, but insists this is better than limiting yield from the start.

“This is usually ok for conventional varieties, but cost and pack size can be prohibitive for hybrids. That makes it even more important to identify where the greatest benefits from increasing rates will be.”

Two seasons of using Omnia to map and manage in-field soil variations has already had a noticeable benefit on crop consistency at Daniel White’s 260ha farm near Bottisham.

Working with agronomist Andy Hutchison, soil analysis has been conducted over the whole farm, with results uploaded to Omnia to create soil zone maps used for variable rate seed and fertiliser applications.

“Soil is predominantly medium loam over chalk, but we’ve got some heavier land and patches of black fen soil, so there’s quite a variation in some fields, which can have up to four different zones,” Mr White says.

The seed rate for his mix of Group 1 and 2 wheats (including Skyfall, Crusoe, KWS Siskin and KWS Lili) is adjusted according to soil type and likely establishment, and typically varies from 300-450 seeds/m2.

“It’s our second year using variable seed rates and it has definitely made the established plant population more even across our fields,” Mr White says.

“Once you’ve got good, even establishment, it helps take out the variability of managing the crop through the season.”

He is similarly impressed with the variable rate spring phosphate and potash applications, also based on application maps prepared in Omnia and transferred via SD card to the Trimble 750 system on the tractor and KRM Bogballe spreader.

“We used to blanket treat everything with 0-26-26, but now buy straight fertiliser products which are only applied where needed, based on soil sampling every four years and crop off take calculations each season.

“It’s worked very efficiently and because our soil indices are generally quite high anyway, we’ve found the spreader switches off completely in some parts of the field where additional fertiliser isn’t needed.”

Mr White adds: “I’ve found it quite straightforward to learn how to use Omnia and I’m very happy with the results.”