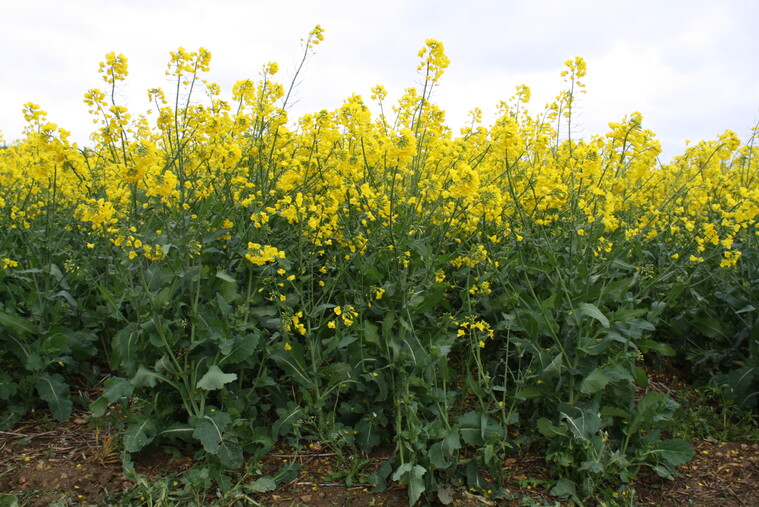 The question on many growers’ minds is “should I or shouldn’t I?”

The first consideration is the end market which is as firm in price as many will ever recall, but with much volatility. Even without the subsequent transformation following the unfortunate circumstances in Ukraine, the market was likely to be relatively bullish as we are for the foreseeable future net importers of OSR, until the market regains the areas planted at the end of the last decade.

Additionally, even with the current Nitrogen prices, the gross margin for the crop, if established well, will stack up favourably at 3.5 t/ha given present market values.

There would certainly appear to be some reduction in CSFB pressure, although this is by no means the case for the entire country. It is also safe to say that, had there been moisture present in the very damaging autumn of 2019, the challenge although significant, would undoubtedly have been less destructive. The planting of markedly reduced areas in the last two autumns has also impacted flea beetle numbers.

Considering these factors, we will almost certainly see a decision to plant an increased OSR area for autumn 2022. Key to this will be planting when the conditions are right. This could be as early as late July, or indeed as late as middle to end of September, given warm soils and moisture. Preparation of a good seedbed is also essential.

The decision on variety choice is key. Hybrids would be the preferred option as they possess traits that the conventionals largely do not. Aurelia and LG Aviron are two key hybrids with TuYV resistance, pod shatter resistance, RLM 7 Phoma resistance and, in the case of LG Aviron, the best Light Leaf Spot resistance currently available. Aurelia is suited to earlier drilling and LG Aviron with its superb autumn and spring vigour is well suited to third week of August and beyond. Add to these choices PT303, with sclerotia resistance, and you have three key options.

If conventional is the preferred option as home saved seed is a requirement, then look no further than the two most widely grown varieties in the UK, KWS Campus and Acacia. Campus has remarkable consistency and has now been successfully grown for 8 years with a reliability that many growers find reassuring. Acacia has shown its abilities in the last two years and is also a sound option. TuYV resistance in the conventional market can be found in Annika.

Should Clearfield® factor in your calculations, then Matrix CL looks to offer the best package available at this moment.

Finally, there are the Clubroot resistant variety options which should only be grown where Clubroot is an issue and not because they now offer less of a drop-off in yield. Croozer and Chrome have a track record in this sector, whilst newcomer LG Scorpion offers TuYV resistance and exceptional autumn vigour to aid establishment.

Clubroot could conceivably be a more widespread threat this season, as earlier drilling offers more risk. Clubroot can appear from nowhere and infection is a threat in moist soils where temperatures are in the range of 16 – 25°C. PH levels below 7.5 add to this risk.

In summary, correct establishment is key. This means drilling into the right soil conditions at the correct time, with the best varieties. The 10 varieties listed above offer a competent solution for all sectors.

Speak to your agronomist about growing oilseed rape and appropriate variety choice, or email: information@hlhltd.co.uk