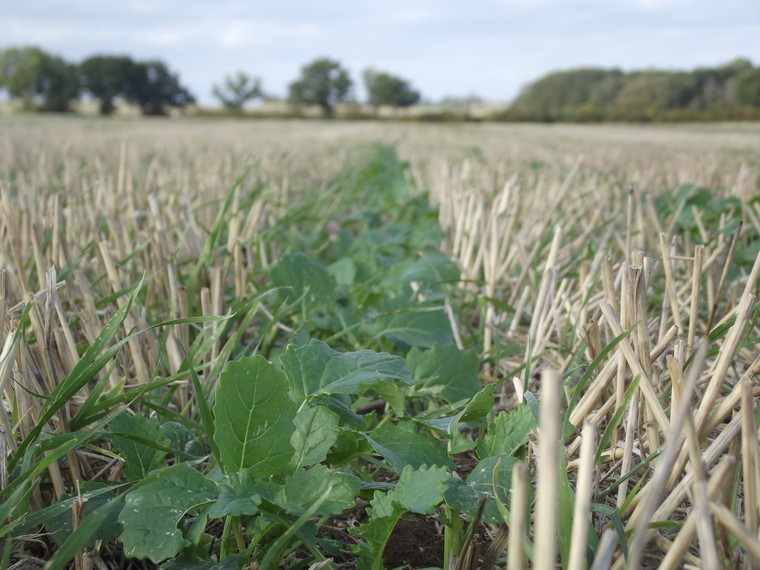 Difficulties in harvesting this year has meant many growers have been unable to clear land as early as they would have liked, and many may be concerned that they have missed out on drilling oilseed rape as a break crop.

However, Mr Wilkinson recommends growers refer to seedbed conditions rather than calendar dates, before making a final decision, noting that most breeder trials are drilled in September.
He says: “There are still good opportunities for late drilled crops – which often outperform some of the earlier drilled crops – infact many later drilled crops have been winners in the YEN awards!

“Last year we saw crops of LG Antigua drilled mid September up in the Lincolnshire Wolds achieve yields of over 6t/ha so there is definitely high yield potential for crops drilled into September in the right conditions.”

“Choosing the correct variety for this drilling window is key to success, however.”

“If you are drilling in September, the focus should be on speed of autumn growth and vigour, so hybrids are a first choice because they are quick to get going and they accumulate biomass very quickly,” he says.

“Tried and tested varieties such as Ambassador and Aurelia have performed consistently in this slot both on farm and in trial for a number of years now, and the addition of LG Aviron and LG Antigua to our portfolio only strengthens our position in the later drilled slot.”

“Vigour is important for helping to get the crop established and putting roots down but the speed of development is key for reaching over wintering biomass as quickly as possible, you are looking for a variety to have canopy to be able to withstand potential pest problems as well as harsh winter conditions.”

With vigorous varieties, seed rates should target 25-30 plants/sq.m, which is normally around 50 seeds/m2, and Liam recommends that growers assess seedbed conditions and adjust seed rates accordingly to account for field losses, particularly if conditions deteriorate.

He goes on to say that varietal disease resistance to disease also plays a key role for later drilled crops, and growers should look for resistance to phoma, explaining that with the smaller, younger crops, phoma lesions cover a larger percentage of the leaf, so disease can have a more devastating effect.

“All of our hybrids that we bring to market fall into our fully-loaded category. We are looking to mitigate as much risk as possible for growers, and by combining TuYV and pod shatter resistance along with gene specific resistance to phoma we have managed to produce high yielding varieties which perform consistently over seasons”

“Their high yield potential can be seen again in this year’s AHDB results.”