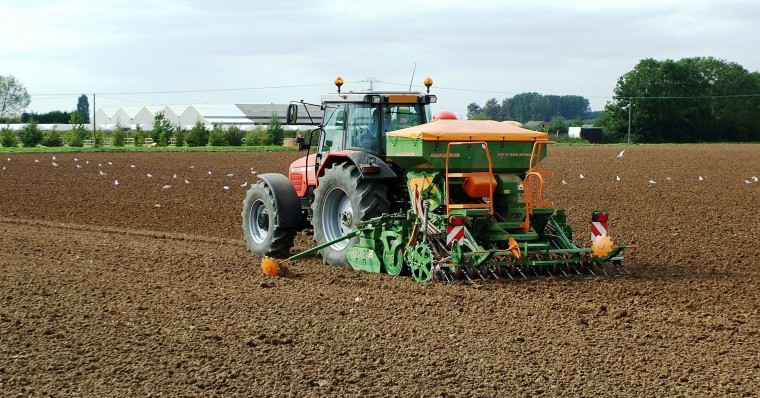 Achieving higher yields is all about having enough plants and ears per square metre, and creating and maintaining that crop biomass to push for the higher yields, says David Howard, Farmacy’s technical manager.

“As agronomists and growers we need to understand how we can manipulate the crop to achieve this through seed rates, nutrition etc on different soil types and the impact of varietal differences in growth habit,”

Even though plants can tiller well at lower seed rates, that only goes so far, as genetically every variety is programmed to tiller differently, and tillering is highly dependent on good conditions throughout the growing cycle, he says.
“We know that soil type has the biggest impact on establishment, however working out variable seed rate calculations for a soil type alone can be a rough science.”

“If you start with the incorrect basic rate, adjusting this by 10 or 20% is not going to make the difference that is needed.”

“As seen this year, tiller initiation was good but lack of rainfall caused high tiller loss later in the season. In many cases, targeting low seed rates and high tillering will not match the benefit of having the optimum number of seeds from the outset.”

Guessing is just not good enough, says Mr Howard. “For example if you use typical low seed rates on a light sandy soil, without knowing what your establishment percentage is then you risk never having the number of plants needed in the spring.”

“You have to get out there in the spring and work out the establishment rate by counting the number of plants/m2 and build up a picture over 3-4 years and this can mean big differences in yields.”

“The difference in ear number between the lowest and highest establishment percentages in our trials given standard grain no and TGW equates to 1-1.5t/ha, he adds.

Looking specifically at the impact of seed rates on varieties with different growth habits, Hutchinsons established a series of establishment trials at Little Ponton in Linconshire.

“We wanted to answer the question, if a variety is high tillering, is less seed needed for optimum plant ear counts and vice versa.”

“We know that even though plants can tiller well at lower seed rates, that only goes so far, as genetically every variety is programmed to tiller differently, and is therefore much more unpredictable than having more seeds there from the outset.”

In the trial, the wheat variety LG Sundance which has a high tiller retention growth habit was compared to the more standard tillering variety, KWS Siskin . Both varieties were drilled at 4 different rates from 150 seeds/m2 up to 450 seeds/m2 in 100 seeds/m2 increments, and then the green area index and ear numbers were measured.

“We found that the tiller number for KWS Siskin was fairly static all the way up to 350 seeds/m2. This is most likely because as interplant competition increased, rooting was compromised and uptake of water and nutrients therefore limited –Little Ponton is a shallow light soil site. “

“However at 450 seed/m2 the significant increase in plants meant that even when tillers were lost due to competition for resources it still had enough plants there to make up for it. That said it equated to the same tiller number as 350 seeds/m2 of LG Sundance “

“Interestingly, as the dry weather took hold, its genetic tillering potential came to the fore and showed very little loss of tillers between March and April by comparison to KWS Siskin ”

Ear length is a good indicator of stress so this can start to tell us when the seed rate is too high so in a separate trial, we also looked at how seed rate influences ear number and length, says Mr Howard.

“We drilled KWS Silverstone in 3 separate 2 hectare blocks at different seed rates of 250,350 and 450 seeds/m2. We found that the optimum seed rate for ear length and ear count for this site was between 350-375 seeds/m2– again confirming that higher seed rates are not necessarily the optimum.”

“This confirms much about what we already thought; in order to get the optimum ear counts and crop biomass, and eventually higher yields, variable seed rates cannot be calculated on soil type alone.”

Every field will have its own characteristics that will determine the best seed rate from variety, previous cropping, rotation, nutrition etc – its about finding out what this is by looking at the ears and overall establishment percentage.”

He adds that in that establishment methods can influence establishment. “As many growers move to low soil disturbance systems that drill in wider rows, seed rates become even more important, particularly where they are already quite high as effectively you have the same amount of seed going down half the number of coulters.

“So while inter-row competition is reduced, competition between plants in the row is increased and may be way too high.”