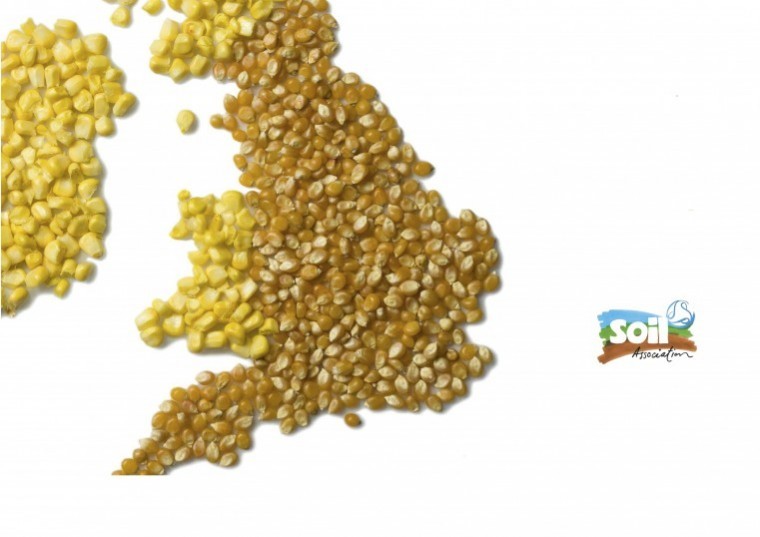 The Soil Association is releasing a new report on maize exposing important issues with the crop that could threaten the future of farming and food security in the UK. Maize is responsible for environmental damage to soils and water, and a rapid change in land use across the UK seeing rents rocket to unsustainable levels for thousands of farmers. The report is part of the Soil Association’s national soils campaign.

Maize is one of the most rapidly expanding crops in the UK – up from just 8,000 hectares in England in 1973 to 183,000 hectares in 2014. The growing area of land used for growing maize is starting to hit farmers, threatening livelihoods and our ability to produce our own food in the UK.

If things continue at the same rate, the UK could follow Germany, where a boom in AD has changed the economics of agriculture, with 800,000 hectares of land put aside for AD maize (more than four times the current area of maize in the UK). The resulting land grab for maize has driven farmland rents up by 140% in just four years. This is already happening in the UK – rising rents hit all farmers producing food, especially struggling dairy farmers renting grazing land.

The National Farmers Union wants to see an additional 125,000 hectares of maize grown in England by 2020 – this could be threatening to UK food production. This area of land could produce over 1 million tonnes of wheat, or over 5.5 million tonnes of potatoes, producing 2 billion loaves of wholemeal bread or 6 billion bags of chips1. So the Soil Association’s soil campaign is calling on UK farmers and government to take action to protect our soils and our future harvests. Maize crops leave soil exposed during much of the growing season, and is usually harvested late in the year when soils are wet. With heavy rain, water can run off the surface of compacted and damaged fields, polluting waterways with pesticides and nutrients, and causing floods.

Peter Melchett, policy director at the Soil Association, said; “Maize crops damage soils and fresh water. Many farmers are being paid to cause significant harm to the vital resources we rely on for survival -this is a national scandal. The UK government must take action by ending subsidies for maize grown for energy and by introducing strict measures for management of maize crops. It is possible to grow maize to better practice standards that reduce the risks to soils and the environment -some farmers are following good practice, but not enough of them.”

The Soil Association is calling for:
· the removal of all subsidies available for AD digesters fuelled in whole or partly by maize;
· the removal of maize as a qualifying crop under the greening requirements for 30% of the new Common Agriculture Policy’s Basic Farm Payment;
· the EU to remove the Basic Farm Payment for fields growing maize for AD, and
· the introduction of strict measures for management of maize crops under cross-compliance (requirements for farmers to be eligible for the Basic Farm Payment) – mandating compliance with officially recognised best practice.

This would remove the double subsidy, reduce the pressure on farm rents and encourage farmers who grow maize for silage to minimise soil losses.

While described as ‘renewable energy’, biogas produced from maize does not provide any net benefit to the environment and actually increases environmental degradation. Researchers estimate that during the storms in the winter of 2013/14, every 10 hectare block of damaged land under maize stubble produced the equivalent of 15 Olympic swimming pools (375 million litres) of additional runoff’. Recent research2 also concluded that ‘using agricultural crops for biogas production is not environmentally sustainable, and policy should not encourage this practice’.

Maize growers are subsidised under the Common Agricultural Policy (CAP) and AD plants using maize receive the Feed-in Tariff and the Renewable Heat Incentive subsidies. In 2015, the total amount that will be paid to farmers growing maize amounts to almost £33 million. In addition, ‘renewable’ energy subsidies for maize used in AD plants are costing British energy consumers up to £50 million per year.