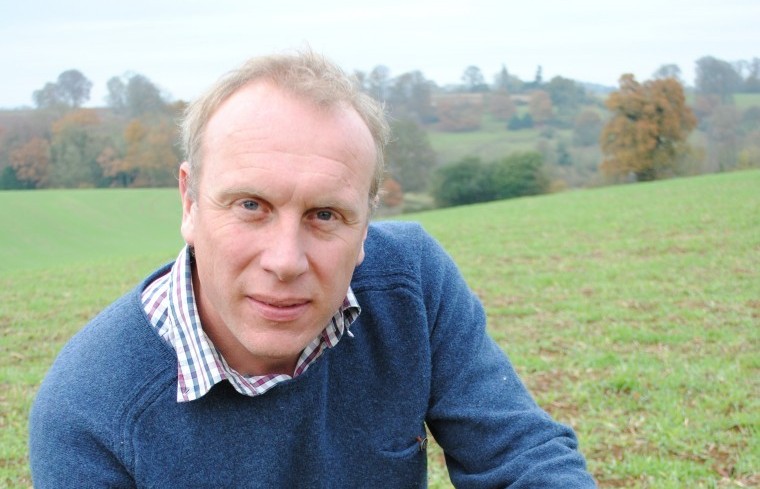 For the best control of these important diseases, every newly emerged leaf should be treated.

In practice this can mean spraying crops up to six times a season with an application of chlorothalonil between each traditional spray (T0, T1, T2, T3) programme based on using a combination of triazole, succinate dehydrogenase inhibitor (SDHI) fungicides and strobilurin chemistry.

Soils range from ironstone loamy soils to Cotswold Brash with fairly heavy clay in the valley bottoms. Wheat yields averaged 11.4 tonnes a hectare in 2014 (five year average is 9.5t/ha), but with high rainfall (700-800 millimetres a year) diseases such as septoria can be a real problem and in a worst case scenario knock yields by at least 3t/ha.

“In 2012 septoria devastated crops that were not treated early enough with an appropriate and well timed fungicide programme,” says Mr Woodward. “With hindsight we should have used more SDHI to protect the crop early. Septoria in 2013 had less impact on our crops, but a lesson from the previous year was not to compromise fungicide rates.

“We only want to use what we have to with fungicides, but if you look at the return on investment, it makes absolute sense to use higher rates at the T1 and T2 timing. Our biggest challenge though is a future without effective triazoles, which now only give 40% control of septoria at best.

“We have seen some excellent control from the SDHI fungicide Vertisan (penthiopyrad) that has proven to be a good curative and preventative product, but it must be protected as part of any future anti resistant strategy,” he explains.

“This means only using recommended rates or septoria and other diseases will become resistant to the active. As a SDHI only product, Vertisan gives better flexibility with rates and choice of the partner triazole depending on disease risk.”

Yellow rust can also be a problem in cereals, he says, especially with varieties that have a low resistance score (Santiago and Kielder). With some fungicides now failing, the risks are too high to consider growing varieties with poor disease ratings.
“We used Vertisan on Keilder last year to good effect,” says Mr Woodward. “We have dropped this variety for the 2015 season though because of its low score rating in preference for Revelation. Going forward we will be looking more closely at varieties with good scores as an insurance policy because they give some natural resistance. It means we won’t have to rely totally on fungicides.”

With the prospect of the loss of triazoles from the fungicide portfolio due to the endocrine disruption debate, products such as prothioconazole will go as well as the co-formulation options associated with it.

“In my opinion growers aren’t always fully aware of the impact that losing triazoles will have on fungicide programmes. It’s going to be a problem going forward.”

In 2013 on a partly flooded field of JD Diego a T0 application of a triazole plus Bravo plus Talius was followed at T1 by the straight SDHI Vertisan plus a triazole. At T2 he used a co formulation SDHI plus triazole plus a strobilurin and then at T3 he applied a strobilurin plus triazole. Chlorothalonil was applied after each of the key T timings.

“The strob helps with rust protection and gives some extra greening, which is particularly relevant in a drought like situation, but the Vertisan mix gives septoria protection and definitely gave better rooting than a strob and triazole mix on a crop that had suffered from waterlogging.”