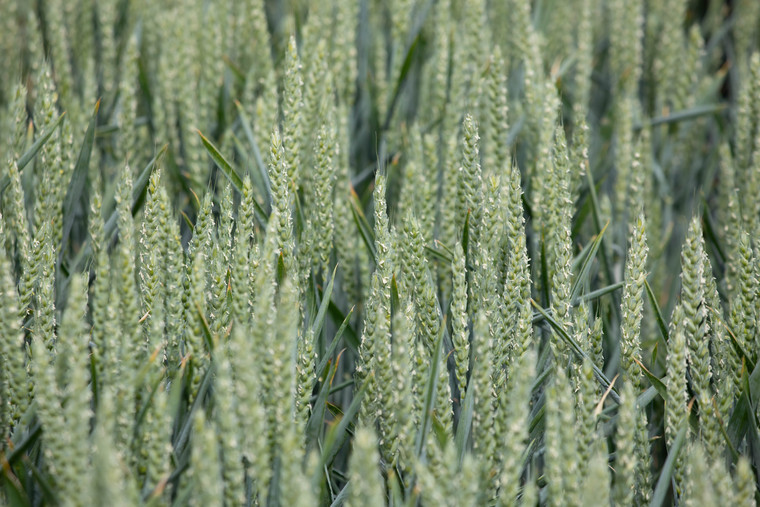 As a result of the perfect ‘Septoria storm’ this spring, many wheat varieties have seen their Septoria resistance ratings drop. Whilst this has mostly affected varieties with Cougar in their parentage, it is important to look at the detail behind each individual varieties’ genetics to fully understand the risk, says Ed Flatman, Head of European Wheat Research for Limagrain.

“It’s very easy to panic and group all the varieties with Cougar parentage into the same risk level – but this is not the case – and growers should take the time to really understand the risks to individual varieties,” he says.

“Parentage is a good indicator, however varieties do not inherit all the traits of both parents, therefore it’s important to understand the attributes of the new variety itself.”

Mr Flatman takes the example of the Group 3 biscuit, LG Astronomer. “The most recent additions to the Group 3’s last year all have Cougar in their parentage. LG Astronomer was one of these, and joined the group, offering the highest Septoria resistance rating of 7.4.”

Mr Flatman explains that on paper, with Cougar in its parentage, it is a (Leeds X Cougar) X Britannia cross, therefore LG Astronomer was likely to be one of the varieties affected.

“However, whilst other varieties in the group have seen their Septoria resistance ratings severely challenged by the Cougar strain, LG Astronomer’s genetics held on relatively well and its rating has only dropped from 7.4 to 6.8 on the current three-year rating, and 6.2 for the one-year (2021) rating.”

“This puts LG Astronomer as the highest rated Group 3 variety for Septoria resistance, on both the new Recommended List three-year rating and the one-year (2021) rating.”

“It has not been as affected as other varieties in the group – and this is an important differentiation.”

“We know that relying on a single gene is a risky approach, but a lot of knowledge has been gained over the years, and rather than solely using field observations, we now use these in combination with molecular strategies to actively stack multiple resistances together to protect the individual lines, and this is the case with LG Astronomer.”

“As breeders, our focus is looking at overall resilience, and this includes protecting the resistances we have, as well as bringing through new lines that don’t come at the cost of yield.”
Mr Flatman’s advice is to grow a range of varieties that offer genetic diversity, so that risk is spread out across the farm. “We do not know what next spring will bring and how the Septoria population will evolve – disease ratings after all only reflect recent pathogen populations.”

Last season’s weather patterns created the perfect conditions for Septoria – the likes of which we have not seen since circa 2012. This meant that many of the newer varieties on the AHDB Recommended List had not been fully put to the test against a very high Septoria pressure under UK agronomic conditions, explains Dr Aoife O’Driscoll, NIAB’s crop protection and agronomy specialist.

“Last year was difficult for getting spray applications right; April was colder and drier than average and the rain that did fall, fell mainly in the last four days of the month. Most T1’s went on before the rain came; some were a bit light and went on too early. That rain continued into May, which moved the disease on and also created big gaps in between T1 and T2.”

NIAB first looked at the Cougar isolates in an AHDB project in 2015, and this has been furthered by a study conducted at Teagasc, which confirmed that these isolates were also virulent to a range of Cougar based varieties.

“A key point is that not all isolates are virulent to all varieties, which is why we have seen a range of responses across varieties with Cougar parents.”

Independent studies have shown that Cougar isolates are similar in fungicide sensitivity to the wider Septoria population, and there have been no significant shifts in azole sensitivity this season. “Septoria should not be more difficult to control in terms of fungicide sprays, if programmes are timed properly. Growers should take confidence in this when planning their fungicide programmes this spring.”

NIAB supports the resistance ratings put forward by AHDB this autumn and Dr O’Driscoll recommends planning fungicide programmes based on the one-year (2021) rating, rather than the three-year rating.

“We really don’t know what next season will bring but it’s best to be fully prepared to avoid unnecessary yield losses. Once variety choice has been made, growers should be aware of the increased risk associated with growing varieties with Cougar in their parentage and develop disease control programmes accordingly.”

Spread your risk by growing a range of varieties across the farm, match disease risk to fungicide choices, and ensure the correct application timings for Septoria control.

“We can’t farm with hindsight. The best growers are perceptive, responsive and adaptive to changing conditions throughout the season. And they spread their risk.”