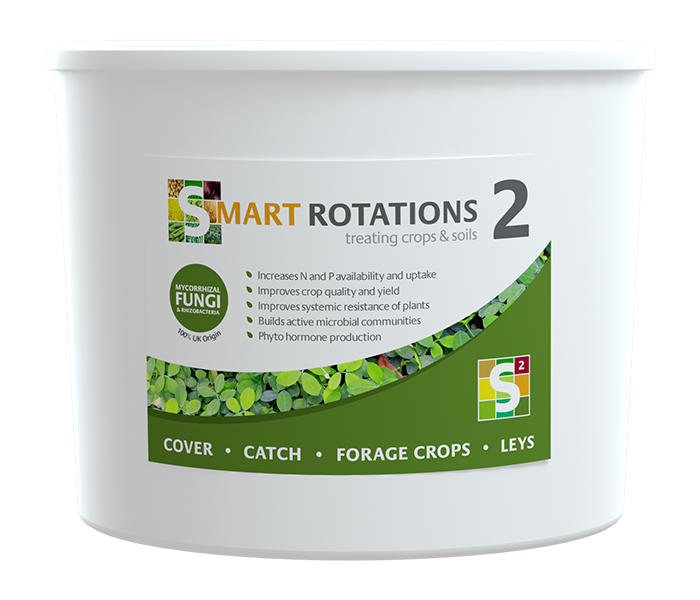 An extension to the Kent-based company’s Smart Rotations product range, the SR2 formulation works by establishing a beneficial microbiological population in the soil that enhances crop performance. Specifically, the inoculation boosts the crop’s ability to take up essential nutrients, improves drought tolerance and water use efficiency, and imparts other benefits such as increased resistance to pests and diseases.

“We have demonstrated through our research programme the very positive effects of using mycorrhizal fungi with cover crops,” says Jamie Stotzka, head of the farming team at PlantWorks. “Specifically, we have recorded better establishment, stronger rooting and increased biomass in these crops.

“However, the really important potential for this new technology is the improvement of soil biology for the benefit of the following crop. This is particularly important in rotations that include crops that do not support mycorrhizal fungi, such as oilseed rape and sugar beet, where the inoculated cover crop can be used to restore depleted soils.

“Our research has shown how the addition of mycorrhizal fungi to the soil effectively increases the uptake surface area of plant roots, by up to 700 times, making them healthier and more efficient at collecting water and nutrients. Cover crops, and particularly mixtures including legumes, are excellent hosts for mycorrhizal fungi, and therefore provide a very good opportunity to improve the soil biology, to the benefit of following crops. With what is effectively an extended root area, crops gain further advantage from other beneficial soil organisms that can directly improve yield and plant health, and hence the mycorrhizal fungi work so effectively in combination with the plant growth promoting rhizobacteria.”

Supplied as a dry granule, SR2 should be applied directly at the time of cover crop drilling (as precisely as possible into the seed zone, using a granular applicator, drilled or broadcast), or farmers can request that their seed supplier includes the inoculum with their seed mixture. The recommended retail price of a 10 litre pack to treat one hectare is £39.00 + VAT.