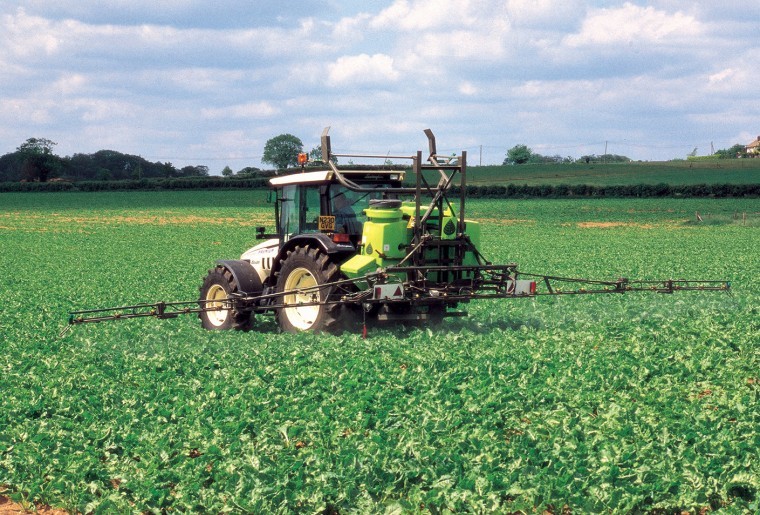 NFU bosses and other farming organisations fear that many key chemical products will be lost to the sustainable use directive (SUD), which regulates the battery of pesticides, herbicides and fungicides used to control pests, diseases and weeds in crops.

The SUD changes the way in which pesticides are assessed so their intrinsic hazards are more important than any risk they may pose to the environment or human health. The SUD also requires farmers to implement integrated pest management on their farms, which could reduce the amount of chemicals used.

Chemical companies and farmers have warned that SUD could force manufacturers to drop more conventional pesticides in favour of greener alternatives. In October, their campaign was given a shot in the arm when Andersons, the farming industry consultants, estimated that 40 chemicals could be lost over the next five to seven years under the SUD regime, leading to yield decreases of between four and 50%, depending on the crop. The UK’s total income from farming would drop by £1.73 billion, and some 44,000 jobs would go. The Andersons report was commissioned by the NFU, Agricultural Industries Confederation and the Crop Protection Association, which represents chemical manufacturers.

Now the lobby is urging farmers to fight key SUD hazard based criteria which decide whether or not a chemical is an endocrine disruptor. Endocrine disrupting chemicals can have harmful effects on the body’s hormone system, and the EU has introduced legal obligations aimed at phasing out endocrine disruptors in pesticides, water and other substances.

The European Commission’s public consultation on defining criteria for identifying endocrine disruptors runs until 16 January, and farmers are being urged to respond. Essex farmer and NFU vice president Guy Smith said another report on the issue from the Agriculture and Horticulture Development Board (AHDB) showed why it was vital for farmers to act. The loss of active ingredients in pesticides assessed against the SUD’s endocrine disruptor criteria could cost UK agriculture between £905 and more than £3 billion, depending on a number of different scenarios.

“The AHDB report illustrates the potentially calamitous impact of one of the most significant EU regulatory decisions, which threatens the accessibility of UK and EU farmers to plant protection products (PPP),” Mr Smith said.
“It is critical that the review of the endocrine disruptor definition is based on the best scientific understanding of the risk. Currently, an active ingredient cannot be used in a PPP if it classed as an endocrine disruptor regardless of potency of effect, and evidence of harm.

“This report will strengthen the evidence base for our lobbying, as part of our Healthy Harvest campaign, at an EU level to change the way these vital PPPs are regulated to a risk based process, to ensure our farmers can keep producing food and plants for the public.”