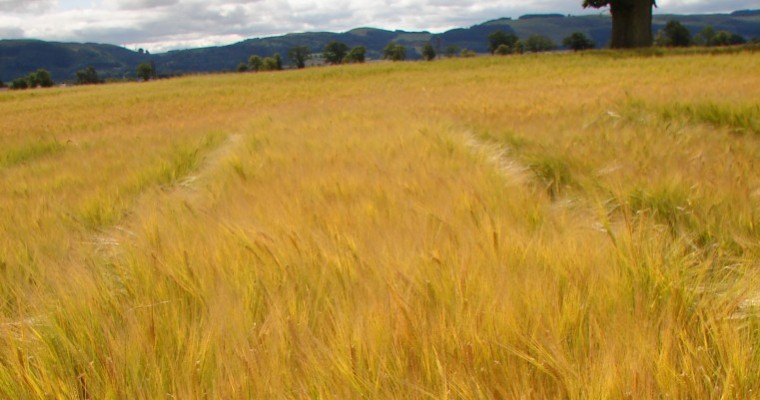 Mr Daubney recognises that cropping decisions for spring 2016 will have to be made following a challenging 12 months for spring barley growers. “The 2014 harvest was unusual in that the majority of crops were harvested with a lower grain nitrogen than end users want. This led to a surplus of good quality barley and some disappointment for growers hoping for a premium. These surpluses will almost certainly affect the marketing of the current crop.”

“In the north, the late and very difficult 2015 harvest has been a major issue for growers, with grain quality being badly affected. High levels of skinning, caused by the bad weather, resulted in the rejection of many parcels despite the maltsters easing their intake standards. “

However demand from the distillers is still buoyant as UK maltsters are likely to buy around 1.9 million tonnes of malting barley from the 2015 crop, whilst new higher yielding varieties are making spring barley an even more attractive proposition on farm he says.

Mr Daubney highlights that spring barley choice is driven by the end users as much as it is by agronomics. “The requirements of distillers are significantly different to that of brewers; specific varieties are particularly suited to specific end markets and consequently the agronomy requirements of the two types, is quite different, therefore understanding the subtleties between these end markets is vital if growers are to produce grain within market specifications.”

“Testing and approval by maltsters, brewers and distillers is as important to a variety as its inclusion on the AHDB Recommended List.”

“Dual purpose malting barleys are those that, after testing by the IBD, have proved to be suitable for both Brewing and Malt Distilling. The specific requirements of the two markets can be quite different; malt distillers want barley with a nitrogen content below 1.65%, whereas brewers look for nitrogen content of between 1.65% and 1.85%.”

“Also crucial to distillers is that the variety should be non-GN; non-GN barley varieties include the version of a gene that makes them non-producers of the compound glycosidic nitrile which can under certain conditions, produce a potentially harmful compound, ethyl carbonate. “

Currently there are only two non-GN varieties on the AHDB Recommended List with full approval from the IBD for brewing and malt distilling, Concerto and Odyssey.
Limagrain continues to bring more varieties to the market place offering higher yields and a range of attributes that suit different situations and markets.

Recommended in 2015 Octavia and Sienna are dual purpose types (brewing and malt distilling), and Olympus is suitable for malt and grain distilling, and this year Ovation (suitable for feed) and Origin (very high yielding, non-GN) have been added to the Recommended List. All of these varieties, bar the feed variety Ovation, are under testing with the IBD.

To learn more about these varieties go to the newly revamped Limagrain website www.lgseeds.co.uk where you can watch a series of one minute videos that highlight the key attributes of these leading spring barley varieties.

Senior barley breeder, Mark Glew talks through the differences in markets, how to meet the bespoke quality demands of these, and where the varieties sit within the IBD (Institute of Brewing and Distilling) system.

You can also hear how these varieties differ agronomically, and how to get the best out of each variety in order to meet precise market demands from Ron Granger, Limagrain’s arable technical manager.