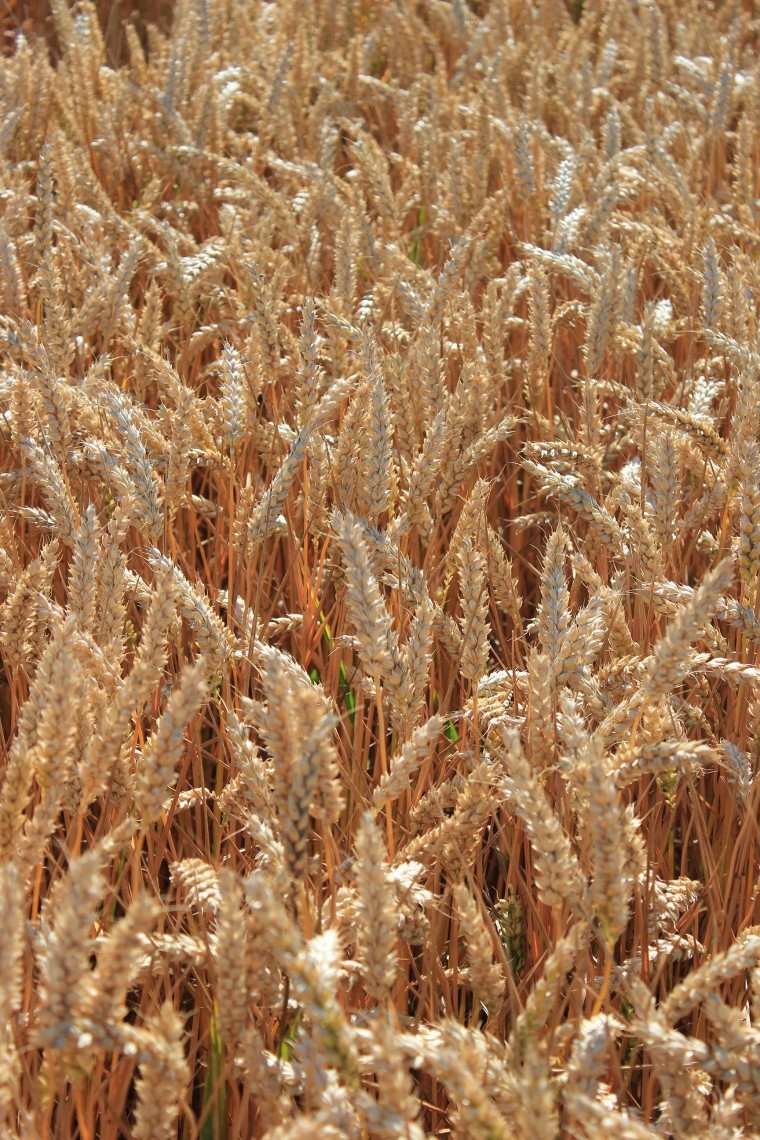 Although there is no official yield record for milling wheats in the UK, the last highest recorded yield was in 2013 set by Mark Means with his crop of Cordiale averaging 13.41t/ha.

Harvested on 3 August, Mr Baird’s yields have subsequently been verified over a weighbridge by the local cooperative grain store Chichester Grain, once the moisture was corrected to 15%.

“This is the first year that we have grown Crusoe and as you can imagine we are delighted with the results, we shall certainly be growing it again,” Mr Baird said. “At a time when prices are low, it is reassuring to know that we can grow a wheat that yields and delivers the quality premium which makes the difference to the bottom line.”

Consultant Peter Cowlrick of CCC Ltd – and a member of the Association of Independent Crop Consultants – walks the crops on New Barn Farm and thinks that the farm’s overall 111ha of Crusoe drilled on 24 September into chalk, loamy soils has done so well due to very good establishment last autumn and a good growing season, coupled with the sound varietal and agronomic characteristics of Crusoe, particularly for Septoria.

He said: “There is a large scale pig unit at New Barn Farm, and manure from this is applied according to regulations, across the rotation. We tested the soils in February, and found deep nitrogen levels to be around 50kg and 100kg in the top metre or so of the soil.

“We used a variable rate approach for fertiliser, using N-Sense canopy imaging ensuring optimal use efficiency. Based on this, a four split nitrogen programme of a total of 250kg nitrogen was used on the Crusoe, with the first application as a flat rate liquid of nitrogen and sulphur, followed by two variable liquid applications and finally a solid application of 40kg of nitrogen at the flag leaf stage. This was followed up by a foliar urea application at the milky grain stage.

“This approach seems to have undoubtedly helped deliver the 13% protein despite exceptionally high yields.”

Mr Cowlrick noted that while Cruose is well known for its robust ratings, it is important to support these disease resistances with an appropriate fungicide programme. Mr Baird’s Crusoe received a four spray programme, the focus of which was to protect against Septoria and rusts and further into the season, mycotoxins.

Crusoe is a short strawed variety which stands well when treated with a plant growth regulator (PGR). Good straw strength is a positive attribute for a quality wheat variety, but again a good PGR programme is important to support this, adds Mr Cowlrick.
“The variety is slightly later to ripen than Solstice, for example, and this allows for a longer grain filling period which undoubtedly contributes to the high yields.”