» Have we forgotten why we grow oilseed rape? 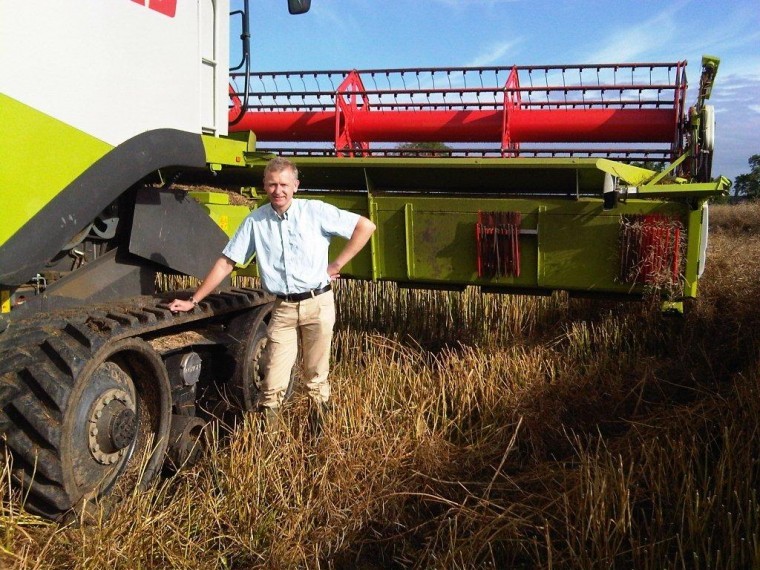 Neil Groom, technical director for Grainseed can reel off half a dozen positives about growing rape without even catching his breath:

Commodity trader Jonny Roberts for Nidera says the oilseeds market is complex and is particularly interesting and challenging at the moment. “Current volatility is being linked to soybeans where recent South American weather issues are driving the market. As a result we have seen some significant price moves in the last few weeks. The harvest of the crop in South America is well behind the normal rate and it is still not known for definite how much the overall production in Argentina will be affected by widespread flooding. The recent USDA report cut bean production for 2015/16 by 2.5 Mmt. This has benefited UK farmers with the price of oilseed rape strengthening and it is now at around £285/t ex farm for old crop. With all the current uncertainty there is the potential for rape prices to strengthen further. A further factor which will impact prices is which way we will be going in the EU referendum next month, as this will affect whether the pound sterling will firm or weaken.” Jonny says that as we are coming to the end of the old crop now and with supplies feeling relatively tight, growers might see an opportunity to make better prices.

Neil Groom said: “Oilseed rape is much easier to grow than other break crops. Other break crops are agronomically challenging and it is often hard to get the necessary premium or specification or they have limited markets to go for. Oilseed rape is easy to grow if you choose the right variety for your farm and there is always demand.”

He also remarks that you can streamline inputs depending on the variety that you grow. For example highly vigorous rape varieties such as Es Alienor, Es Alegria or Es Mambo that all get off to a rapid start can potentially grow away from cabbage stem flea beetle damage and/or Phoma. In some areas mostly in Eastern England CSFB are resistant to pyrethroids so should not be used. The neonicotinoids which have been banned for two years are unlikely to be re-instated so we must choose vigorous varieties. “Don’t get drawn into the simple argument that all hybrids are vigorous and conventionals are not. This is not the case – Alienor, Alegria and Mambo are conventional varieties which have been proven in independent NIABTAG trials to out compete the hybrids. I think vigour is a trait of the variety, not of the variety type,” says Neil.

He also mentions that you can save quite a bit of money on inputs, starting with seed. With conventionals you can save your own seed. “Even if you are buying new conventional rape seed it is about half the price of hybrids. Savings can also be made by growing a resistant variety for disease control. HGCA are now recognising this and in the future oilseed rape varieties will need to be a double 6 for resistance to Phoma stem canker and Light Leaf Spot to get a UK recommended. Alienor and Mambo both achieve this.”

Fay Ritchie of ADAS has valued each disease resistance point at around £20/ha. Having a variety with higher disease ratings means that you have more opportunity to spray and you may be able to save on spraying one fungicide in the programme. Once again Grainseed varieties have stable high multi-gene resistance to Phoma over 7, as well as a 6 for Light Leaf spot, giving the grower more flexibility in his disease control programme. Another growing problem in oilseed rape is Verticillium for which there is no approved chemical solution as yet. Alienor, Alegria and Mambo all have proven to have resistance to this disease as tested by ADAS, AICC and NIAB.

The three varieties that Neil is supporting are also low biomass varieties which are easier and less costly to manage and to harvest. He concludes that rape as a break crop still has a lot going for it, but choosing the right rape variety this autumn will be crucial. “You need a variety that yields well, that is vigorous with broad disease resistance ratings and easily managed and fits well into your rotation.”