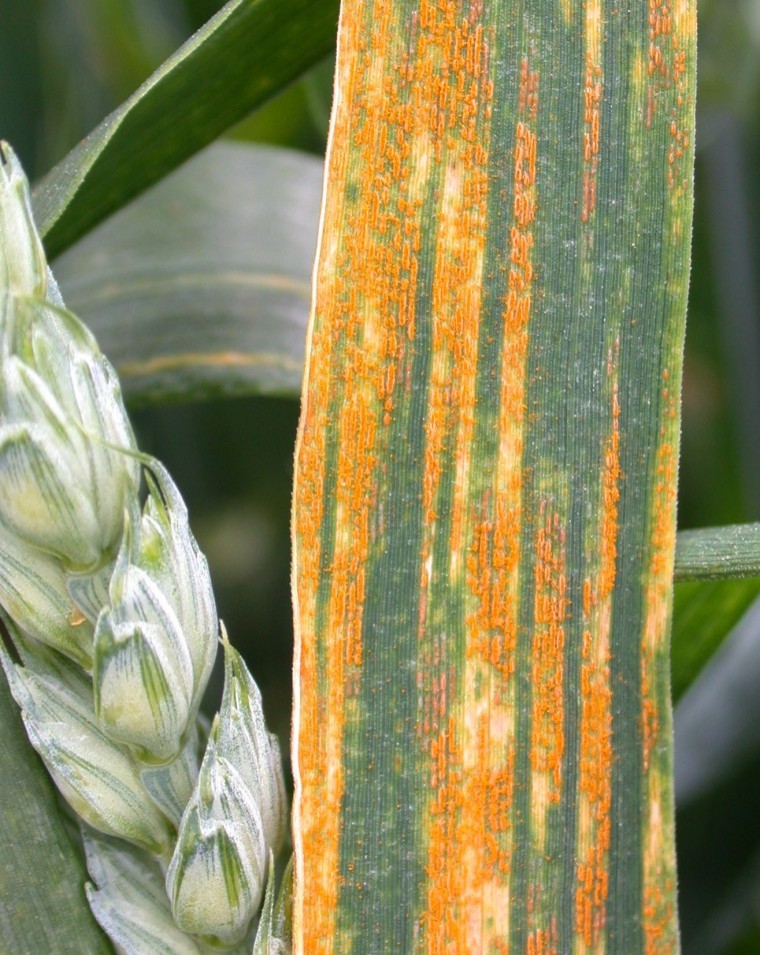 The Warrior 3 race of yellow rust was identified across the country at the end of the 2015 growing season when yellow rust suddenly exploded on a number of varieties and despite high resistance ratings, levels of infection very quickly reached significant levels.

Cereal pathologist with Limagrain, Paul Fenwick explains the findings: “We had some very different and unusual yellow rust sightings last year in Scotland, Lincolnshire and Suffolk. Varieties that were previously clean and resistant to known rust races were suddenly covered in rust. For example, Invicta had over 50% of its leaf area infected, despite its AHDB rating of 8.

“From trials, we made our own isolates and tested them on seedlings and found all the isolates to be consistent with coming from the Warrior 3 group, as recently defined by the UK Cereal Pathogen Virulence Survey (UKCPVS). This was not what we expected, as if we reference the finding of the UKCPVS stake holders meeting in March, Warrior 3 pathotypes were much less frequent than Warrior type 4-6.

“However, if our findings are correct and Warrior 3 has increased its frequency in the mix of yellow rust types out there now, it’s possible that we could be seeing some real surprises in varietal resistances in 2016, and most probably before the later part of the season.”

“We know that the Kranich race has been detected for the first time in the UK as a single 2014 occurrence, but much like the Warrior 3 race, the actual risk posed by it is still unknown at this stage. It might be that we need to be equally concerned about the Warrior 3 races.” said Paul.

“As breeders, we are constantly working to understand the complicated and highly dynamic race situation and also to better understand the genetics of resistance in varieties. Whilst some resistances are failing, we are also seeing some broken resistances that worked in the past are now working again.

“The reality is that we don’t know where it will be seen again or how the Warrior 3 race will behave, but we do know that it appears to be more aggressive than the Warrior 4 race, so the message for growers is that they need to be extremely vigilant in checking their crops and don’t take any varietal resistance ratings for granted,” adds Ron Granger, technical manager with Limagrain.

Manufacturers BASF say that if yellow rust symptoms appear in crops, growers should take a zero tolerance approach. “There is a lot of uncertainty about which varieties are likely to develop rust and we are seeing active disease in a range of varieties which would not normally be considered high risk,” said agronomy manager Louis Wells.

“There is still a versatile and effective toolbox available so growers should feel confident about control. Epoxiconazole is the best rust triazole, pyraclostrobin the best strob. Where using an SDHI ensure you choose an SDHI which is partnered with epoxiconazole – in practice this means Adexar.”

“Chlorothalonil (CTL) should also be included to boost Septoria control and as an anti-resistance strategy. In our trials, the potential for antagonism from adding CTL can be even greater when treating rust than septoria, but we have never seen an issue of this with Adexar,” he says.