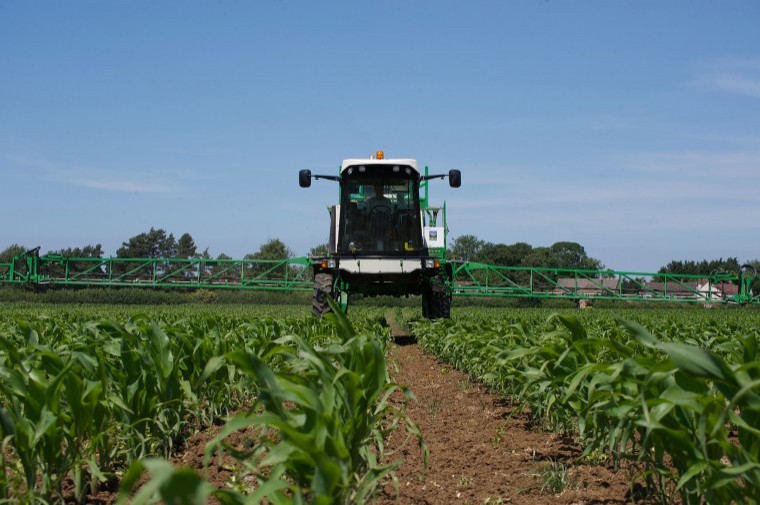 Early removal of competitive weeds from maize crops is so important that, for most situations, a pre-emergence residual herbicide should be seen as a standard option, according to Maize Growers Association consultant and agronomist, Simon Draper.

Speaking at a Syngenta Fast Start for Maize Agronomy meeting, he reported growers should always err on controlling weeds at the earliest possible opportunity, with the potential for competition and yield loss effects before the crop even reaches the four-leaf stage.

“It’s far better if weeds can be taken out with the crop at the two-leaf stage, which requires good identification skills when weeds are just coming up, combined with risk assessment of knowing the field, expected weed burden and seasonal conditions.

“And, if the post-emergence treatment is delayed, it will crucially buy some flexibility in the follow-up timing.” Simon pointed out that if treatment is left beyond the crop’s four-leaf stage, by the time the herbicide has taken action and the threat of competition eliminated, it could have had a serious impact on final yield.

Syngenta field technical manager, Iain Hamilton, advocated pre-emergence herbicide treatment was especially important in known weedy situations – where the huge flush of weeds would likely be too much for a single post-emergence treatment – and to offer better control of some difficult weeds.

“Dual Gold is a very good starting point for grass weeds, along with an extremely useful range of broad-leaved weeds,” he advised. “Importantly it provides another different mode of chemistry for grass weed control, including Black grass and Barnyard grass that can be a real issue for many maize growers.

“Also, getting on top of the selected broad-leaved weeds early can make a real difference in effect with the follow up post-emergence treatments to complete the weed spectrum.”

For the post-emergence treatment, Iain advocated the dual-active Calaris would help to give a broader spectrum of weed activity and, crucially, be faster acting on weeds. Overall, he calculated the better results it would achieve offered growers greater value for money over single actives, complex tank mixes or repeated treatments.

However, he highlighted that growers targeting specific grass weed issues or high burden of cleavers should consider Millagro, possibly in tank mix with Calaris or Calisto.

Iain’s Top Tips for this season’s maize herbicide strategy include:

Iain Hamilton added that the MGA recommendation to leave a rougher seedbed surface for the earliest drilled maize crops – to reduce the risk of soils slumping and capping – reinforced the need for application using angled sprayer nozzles for pre-emergence herbicides.

“Syngenta research and trials by the Application Club has demonstrated the new Defy 3-D Nozzle, fitted to alternate forward and backwards along the sprayer boom, can make a real difference in delivering all round coverage of clods and the soil surface, for the most effective pre-emergence results,” he advised.

The Defy 3-D is also significantly less susceptible to spray drift, ensuring the maximum spray is targeted where it is required and making it the premier choice for pre-emergence applications. Maintaining the boom height at 50 cm above the surface and keeping the speed down to less than 12 km/hr is also important to minimize the risk of drift with all pre-emergence sprays.