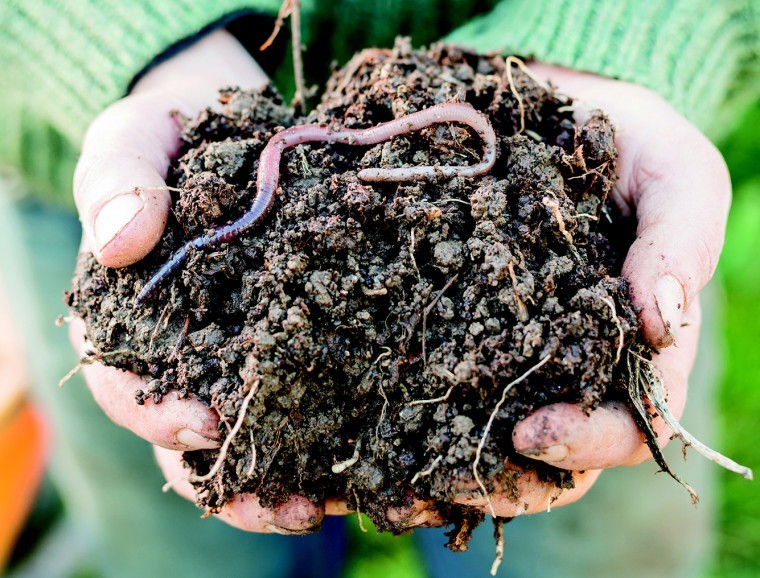 The results indicate widespread, historical over-cultivation, and may explain observed declines in other wildlife, such as the song thrush, that feed on these worms.

The #60minworms project was the first comprehensive worm survey concentrating solely on farmland and was carried out by farmers themselves – 57% of whom said they would now change their soil management practices as a result.

The scientist behind the survey, Dr Jackie Stroud, a NERC Soil Security Fellow at Rothamsted Research, said: “Earthworms are sensitive and responsive to soil management which makes them an ideal soil health indicator. The aim of this research was to find a baseline of farmland earthworm populations that would be useful and used by farmers to assess soil health now and in the future.”

Biologists categorise earthworms by ecological role – with surface dwelling and deep burrowing worms the types most sensitive to farming practices, whilst the topsoil worms are generally unaffected by over-cultivation.

Earthworms perform a number of useful ‘ecosystem services’, and high numbers of earthworms have been linked to enhanced plant productivity.

This new citizen science project published today in the journal PLOS One, has revealed most fields have good earthworm biodiversity – meaning an abundance of all three types of earthworms were seen.

In Spring 2018, the average field had nine earthworms in every spadeful of soil, with top fields having three times that number. One in 10 fields had high earthworm numbers of more than 16 worms per spadeful.

However, the study also revealed that 42% of fields had poor earthworm biodiversity – meaning either very few or none of the surface dwelling and deep burrowing worms were seen.

The absence of deep burrowing worms on 16% of fields is concerning, says Dr Stroud, because they are ‘drainage worms’ with vertical burrows that aid water infiltration and ultimately helps combat waterlogging.

“The deep burrowing worms have slow reproduction rates so recovery in their populations could take a decade under changed management practices. In fact, we know very little about earthworm recovery rates.”

More than 1300 hectares were surveyed from all over England for the project, including fields managed under arable, potatoes, horticulture and pasture.

Each farmer volunteered to dig 10 regularly spaced pits across their field to make the observations, and an identification guide allowed them to allocate any sightings to one of the three main types of earthworm.

The success of this pilot project has already led to a much larger study, which recently concluded, says Dr Stroud.

“Working with farmers led to the redesign of the pilot survey, culminating in a shorter, more efficient field assessment and a co-created earthworm identification guide, to help improve farmer confidence in earthworm monitoring.

“These improvements were well received, with farmers all over the country spending an hour of their time digging five soil pits and assessing their earthworm populations in the Autumn.”

Empowering farmers to survey their own soils would save about £14 million in soil health monitoring if rolled out nationally, she added.

Healthy Soils were not a headline indicator for the draft DEFRA 25-year plan for the environment, so the DEFRA policy aspiration of achieving sustainable soils is currently unclear.

Despite this, soil health is widely regarded as vital for both farming and the environment.

Dr Stroud said: “Decisions made above the ground, whether by farmers or policy makers, influence the billions of earthworms that are engineering the soil ecosystem below the ground.

However, she added, as earthworms are sensitive to various farming practices, including tillage, rotations, cover cropping, organic matter additions, and pesticides, we need to do more to look after them.

“Crucially, working together with farmers, we now know typical earthworm numbers in agricultural soils and between us have developed a quick method for ongoing monitoring. Many farmers have reported they plan to survey again this Spring following benchmarking their fields last year.

“Soil health is complicated, but the path to doing things differently has to begin somewhere.”