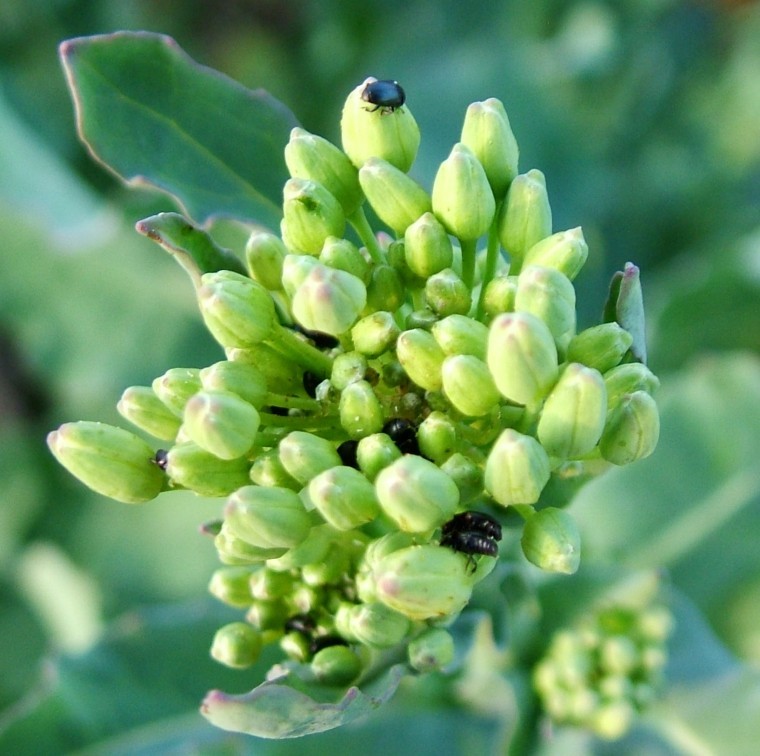 Beetles migrate into winter oilseed rape from mid-March through April and can damage buds if flowers are not open.

However, many crops will easily compensate for lost flowers and with pyrethroid resistance now widespread across the UK, insecticide treatment should only be used as a last resort, says Cambridgeshire agronomist Andrew Cromie.

“Just because you see pollen beetles in a crop, doesn’t mean it’s a bad thing. Pollen beetles rarely cause major problems and in many cases it’s worth trying to avoid treating wherever possible.”

Strong plants in thinner crops are usually better at compensating for damaged buds as they tend to branch out more and produce more shoots and flowers than plants growing at denser plant populations, he explains.

This theory forms the basis of the AHDB treatment thresholds, which should be used as the platform for treatment decisions (see table below).

“With the majority of oilseed rape looking pretty well this spring and advanced crops already approaching flowering, I don’t see a need to spray for pollen beetle in most cases,” Mr Cromie says.

However, there may be a case for spraying more backward crops if treatment thresholds are reached as they are exposed to pollen beetle for longer before flowering begins, Mr Cromie continues.

The green to yellow bud stage is when crops are most susceptible, so crops should be monitored closely during this period.
Once flowering starts the risk of damage is passed and pollen beetles will have a beneficial effect by pollinating crops, adds Hutchinsons technical development director David Ellerton.

Any treatment must therefore be applied before flowering begins to avoid damage to pollen beetles and any other beneficial pollinating insects, he says.
“Over-use of pyrethroids in the past has led to the issues with resistance we’re seeing now, so it’s crucial that any treatment is only applied when absolutely necessary and not as a routine, even if you’re going through the crop for something else.

“The more you treat, the more you select for resistance, so we don’t want to drive resistance development any further or compromise the beneficial insects present in the crop during flowering.”
Where control thresholds are reached and spraying is deemed necessary, Dr Ellerton says pyrethroids can still deliver some control, but there are a number of non-pyrethroid options to consider too, including products based on indoxacarb, pymetrozine or thiacloprid.