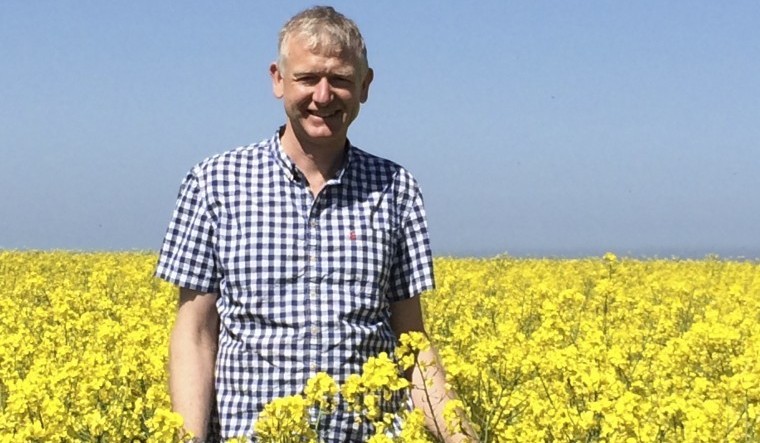 Neil Groom, technical director for Grainseed, says that disease ratings in oilseed rape varieties are massively undervalued and under used, unlike in wheat or barley varieties. “Considering disease ratings in wheat and barley is second nature when choosing which varieties to grow, but in rape this appears to be an undervalued benefit. Choosing a cereal variety with a strong disease resistance package can save you money or at least give you more flexibility in terms of widening the spray window. It is the same in rape. I do not understand why farmers do not utilise this benefit to a much greater degree in oilseed rape.”

Oilseed rape suffers from a number of damaging diseases. Last year in spring 2017 according to Crop Monitor, 91% of rape crops across the UK suffered from Phoma Leaf spot and 40% of plants within the crop had this disease. This made Phoma the most widespread disease as it was recorded in all regions at high levels of incidence. Phoma could become even more prevalent in the future as climate changes.

“Phoma is probably the most significant and costly disease of rape, causing premature death and yield losses up to 0.5 to 1 t/ha. There are some varieties with good resistance ratings to this disease. For example Grainseed rape varieties, Mambo has a rating of 7.8, Alegria 7.4, Decibel CL 8 and Aquarel CL 8. This resistance is also multigene and is resistant to all known strains of Phoma stem canker, so is unlikely to break down in the field. If you look at the AHDB listing for 2018/2019, there are 20 rape varieties listed, just two have an 8 rating for Phoma resistance, 2 have a 7 rating, 3 a 6 rating, 5 a 5 rating, 6 a 4 rating and 2 have a poor 3 rating. Choosing a variety with a high resistance rating to Phoma can protect the crop and save you money. It has been calculated that each resistance rating point is worth at least £20/ha benefit.”

Light Leaf spot is the next most widespread disease and last spring 2017, it affected 68% of crops and 15% of plants within the crop according to Crop Monitor. The North showed the highest incidence with 88% of crops infected and 36% of plants.

Light Leaf spot can also be a costly disease, as it has the ability to stunt plants and cause premature pod ripening which can lead to large yield losses. “A couple of years ago most varieties had a 5 or 6 rating but now many more have a 7. However 7 is the highest rating out of a 1-9 rating system. Mambo has a 6.4 rating for Light leaf Spot and Aquarel CL a 6, Alegria has a 5.4 and Decibel CL a 5.”

Another disease where varietal resistance is very important is Verticillium wilt which has become more widespread, probably due to it being a soil-borne disease and tighter crop rotations. The reason for this importance is that there are no approved chemical solutions to Verticillium, yet it can cause heavy yield losses due to lower seed weight, fewer pods and seeds per pod, premature ripening and plant death. Growers have to rely on just 2 control options. The first is growing a resistant variety and the second is widening crop rotations. “CropMonitor doesn’t look at this disease nor do AHDB publish resistance ratings on their list. However AICC and ADAS have been investigating varietal differences and our varieties Mambo, Alegria and Alienor have all come out very well in terms of resistance to this disease in these assessments.” says Neil Groom.