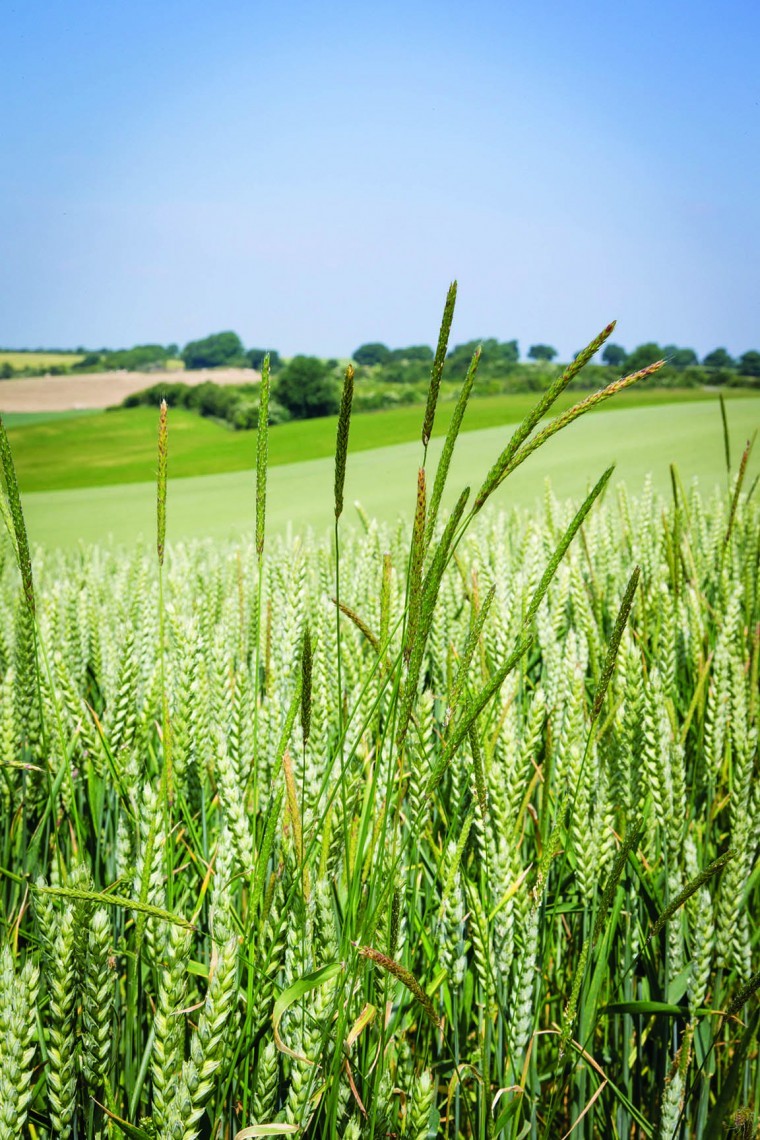 It is unlikely that new herbicides to treat the purple headed menace growing in winter wheat will be available in the near future. So farmers need to focus on more sustainable methods of weed management.

Field cultivations can improve the problem. But ploughing will bury the seed deeper, which can later reemerge to the soil surface if the land is ploughed again in future years.

Studies by Bayer reveal seeds can remain dormant for up to 11 years with around 20% to 30% of buried seeds surviving per year. Most black grass seeds will germinate in the top five centimetres of soil, which is why minimum tillage systems are particularly ineffective at controlling the weed.

Black grass can live in soil temperatures as low as -25° centigrade with growth ceasing at around 2°C. Spring grown crops are less affected due to 80% of emergence occurring between August and October. Adopting spring sowing as a method of control does not need to be permanent and once a population has been controlled, winter sowing can resume.

The impact of the presence of black grass in crops – even at low densities – can be significant. Black grass will reduce crop yields through competing for nutrients, particularly nitrogen.

Home Grown Cereals Authority studies show that a one year break is not long enough to reduce high infestation levels – although after two years, less than 10% of seeds are likely to remain. During breaks it is essential to minimise seed return.

Once black grass establishes in winter cereals, controlling it will come at a price with the extra costs of ploughing versus cultivations, increasing use of chemicals, reduced yields, higher seed rates and spring sowing.

Different herbicide sequences and mixtures will improve overall control but will only build up more resistance. The European Union sustainable use of pesticides directive requires farmers to give priority to non chemical methods of plant protection. Farmers need to develop new methods of controlling the weed in future to prevent further herbicide resistance and damage to the soil from over cultivating.

Being a close relative of marsh grass and liking the heavy, moist soils with a higher proportion of fine particles typically found in marshland means black grass will thrive in soils that are poorly drained or soils with a cultivation pan.
Ideal conditions for wheat are well oxygenated soil that is not waterlogged for any length of time. So cereal crops will struggle and the black grass will flourish in places where the root zone is deprived of oxygen. As the black grass spreads, it will begin to compete with the wheat crop.

Agrii have noted that improving organic matter in the soil diminishes ideal growing conditions for black grass but it may also give other weeds the chance to take over. Consider the whole weed population before changing soil conditions. Working with the soil and building up its health status will encourage wheat growth while deterring black grass.