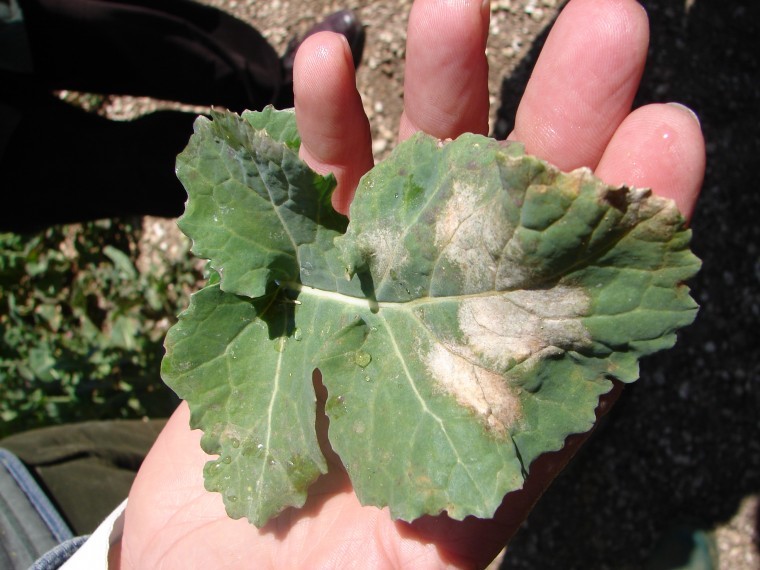 Bayer’s Hinton Waldrist demo site isn’t renowned as a LLS hot spot but after another season of severe LLS pressure the fear of site manager, Bayer commercial technical advisor, Jon Helliwell is the carryover for the 2016/17 season. “With so little OSR straw baled, the amount of infected crop debris providing a plentiful source of inoculum is a concern going forward. Growers will be drawing up winter crop budgets and it might be wise to factor in split sprays or higher doses for those looking at single autumn treatments.”

The proof of that potential risk was the state of untreated crops. “By January we had visible leaf infection, and by April we had severe LLS lesions in untreated plots. Following such a mild winter the disease had just kept cycling,” he adds.

The response to the potential threat he believes is robust autumn action, something that was instrumental in the performance of treated plots at Hinton Waldrist. “With the lack of sunlight yields were invariably hit but treated plot yields averaged 3.6 t/ha, which is a 0.39 t/ha lift over untreated plots. Given the range of varieties and resistance ratings I think this result demonstrates how important autumn control is.

“The results of the AHDB and Bayer sponsored spore trapping initiative coordinated by Weather Innovations showed significant ascospore events in 2015 from August and right through the emergence phase, crops were under threat from the moment they came through the ground. Our disease control programme commenced with a single 0.46 L/ha dose of Proline275 (prothioconazole) to protect against LLS and Phoma and these plots overwintered far better than those which were untreated.

“As LLS is polycyclic, we still had the disease in treated crops but significantly less than untreated crops. Results show that a well-timed and robust dose of a fungicide with proven activity against both diseases, coupled with an agronomically strong variety, is the foundation for OSR disease control,” he concludes.