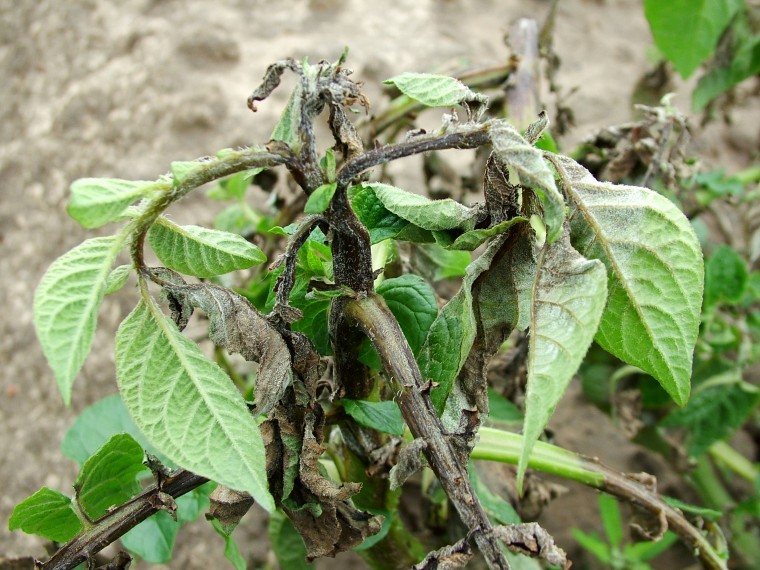 The conditions this spring have been difficult for potato growers, says BASF’s potato expert Paul Goddard. ”Looking out of the farm office window, waiting for conditions to dry up has at least given time to mull over what blight programme you are going to use this season.”

The UK blight population has changed radically over the past few years. The two dominant strains 13_A2 and 6_A1 are more aggressive and have a shorter 3 or 4 day life cycles with higher spore production and are able to sporulate in cooler conditions. It makes blight control a continuing challenge. These have now been joined with 37 A2 and there is speculation over the potential significance of 36 A2 as well as the increasing number of miscellaneous genotypes.

“The cold wet winter delayed planting by several weeks and soils won’t be as kind to the crop as they should be. Clod separators may create pans and root growth could be restricted. The warmer conditions this month will encourage rapid growth, but lush growth is very susceptible to late blight. I am expecting high inoculum levels from potato dumps and early disease pressure on soft crops. We need effective systemic fungicides to protect this soft lush, rapidly growing crop from the start of the programme. Fungicides containing dimethomorph, such as Percos coformulated with ametoctradin will suit this early slot this year,” says Paul. “Invader, where dimethomorph is partnered with mancozeb, fits well towards the latter end of rapid canopy to stable canopy timings.”

Paul explains that dimethomorph’s systemic activity will protect new growth and its translaminar activity will protect both upper and lower surfaces of the leaves. Dimethomorph is also well known for its strong antisporulant activity, which has become very important in today’s blight market. Percos has tuber blight control on its label, recognising its anti-sporulant strength. Having 2 actives with different modes of action gives Percos an inbuilt anti-resistance strategy, not the case with single active ingredient fungicides. The identification and development of the 37_A2 strain of late blight, which is resistant to fluazinam, Paul thinks will lead to a dramatic reduction in its use in the UK this year. Invader is a combination of dimethomorph and a full rate mancozeb, so you not only get a strong protectant element but also an anti-resistance strategy with Alternaria control thrown in for free. The 2.4 kg/ha rate for Invader makes it one of the best performing blight fungicides in trials.

One of the benefits of Invader and Percos is their ability to hit blight at every stage of its life cycle and to control all known blight strains. “They are two of the most complete blight fungicides you can get,” says Paul. “I think growers will find appropriate places in the blight programme at the beginning, in the middle and at the end. The active ametoctradin has a unique mode of action with no cross resistance and so is an ideal anti resistance partner.”