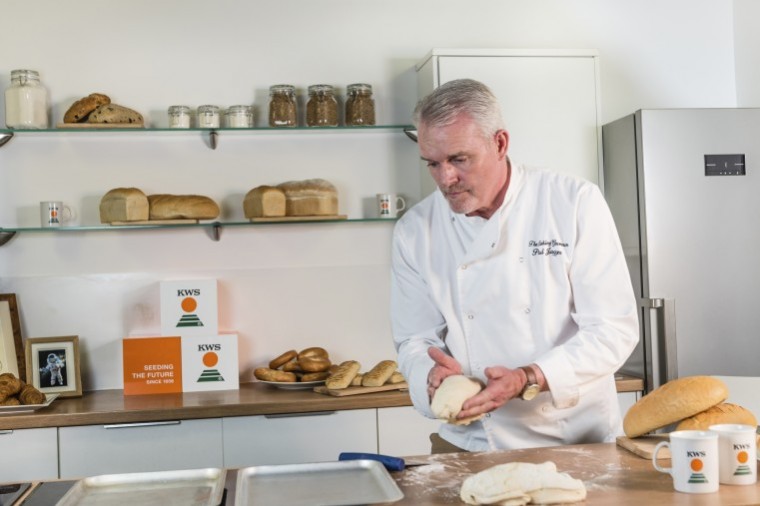 Will Gladwin of PJ Farms, in Wisbech, Cambridgeshire, grew 20 hectares of KWS Zyatt in 2016/17 as a seed crop and was surprised when it out yielded his feed wheats. On the strength of its performance, he decided to grow 126 hectares for market this 2017-18 season.

Will says: “In 2016, we drilled KWS Zyatt at the end of October/early November and it outperformed other varieties, including Grafton and Dickens. So, last year we decided to increase the number of hectares of KWS Zyatt in our rotation.

“It looked great throughout the growing season, stayed clean and stood well compared to the other varieties. Despite the dry summer it held it’s own, combined really well, and the grain separation was excellent. We are delighted with its performance.”

Andy Sprake, who runs Zephen Farms Ltd, a 240-hectare farm in Dorset agreed, he said: “I selected KWS Zyatt after seeing it in treated and untreated trial plots at Bartholomews’ variety trials in Dorset. KWS Zyatt was the only variety still in leaf in the untreated plots, so I decided to grow five hectares for seed for the first time last season. I was not disappointed; it out yielded Crusoe, had a higher protein, and cost less to grow. This autumn I have decided to put 50 hectares down to KWS Zyatt because I was so impressed.”

William Compson, KWS sales manager said: “KWS Zyatt is a very versatile Group 1 variety, producing a flour ideally suited for white loaves as well as specialty products. It performs better than the market leader in terms of dough rheology thanks to its heavier gluten weight, which results in a very functional protein for use in the bakery. This versatility makes it a good option for farmers looking for milling wheat premiums.”

Celebrity baker, Paul Jagger, who reached the quarter finals in the 2015 series of the BBC’s ‘Great British Bake-Off’ agreed: “Having a good quality bread making wheat flour to work with that offers multiple product uses, is essential to any good home or commercial baker. But it’s really important that the variety has good agronomic features and is profitable for farmers too – the variety has to benefit all parts of the supply chain, from farmers to bakers.”

Shaun Taylor, technical director, Rank Hovis Milling said: “KWS Zyatt is a solid Group 1 variety. It has some unique qualities that extend its appeal to those categories that are growing, such as sandwich thins, brioche and bagels. We need varieties that perform across all applications rather than just the white loaf that we are used to.”

William Compson, KWS sales manager added: “We’re delighted with the performance of KWS Zyatt this season and it’s great to see that farmers have been pleased with their results too.”