» Less is more for autumn cultivations 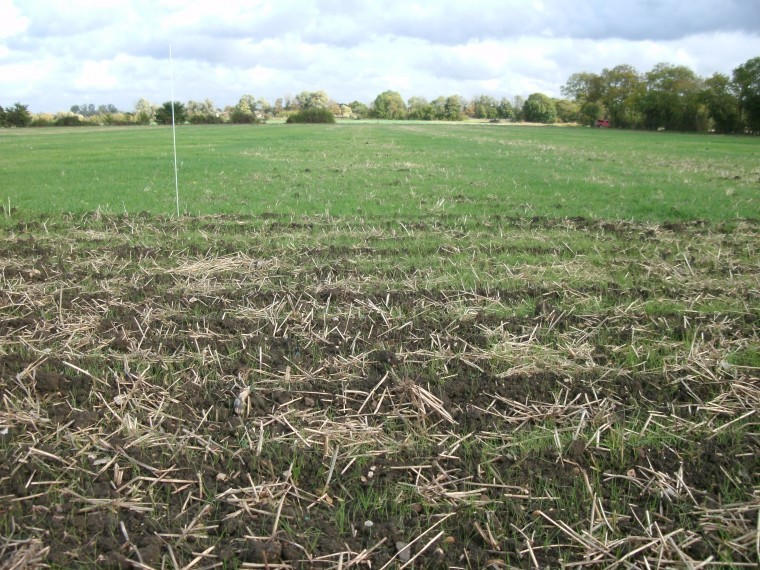 So says Hutchinsons technical manager Dick Neale, who believes dry conditions over the past two months provide an ideal opportunity for growers on plough or other deep cultivation-based systems to switch to shallower tillage on fields worst-affected by black-grass.

The best way to reduce black-grass populations is to keep weed seeds in the top 50mm where they can be managed-out in a controlled way, allowing deeper seeds to degrade naturally, he explains. Shallow tillage also helps improve soil health, which benefits grass weed control and crop productivity.

“But there’s a real opportunity to move soil management forward this season, especially as there haven’t been issues with harvest wheelings to repair, soils can take several inches of rain and still be workable, and the dry weather has caused significant cracking to a good depth.

“It’s about protecting and enhancing natural structure with biological rather than physical management.”

Deep cultivations such as subsoiling or ploughing should be avoided unless absolutely necessary, as this risks bringing up old seed from depth and burying freshly-shed seed for future years. It also damages natural structure, earthworm populations and buries organic matter deeper in the profile.

“The top 50mm is the most friable part of the soil. If it’s worked too early or too fine it will become over-weathered and harder to drill if conditions are wet in October.”

Patience is key to effective black-grass control, especially this autumn.

As Hutchinsons warned last month, stale seedbeds will be ineffective where soils are very dry, and growers must wait for adequate soil moisture to achieve a good black-grass flush before drilling.

Most black-grass emerges between mid-September to mid-October, so at-risk fields should not be drilled until after this time to avoid a flush within the crop, which is hard to control. Pre-emergence chemistry also needs sufficient moisture to be effective, he notes.

“Allow at least three weeks for stale seedbeds to work properly. So, if you’re planning to drill on 20 October, make the first shallow cultivation in the third week of September. If you want more than one flush, add a couple of weeks. But remember, stale seedbeds only work if there’s enough moisture for black-grass to germinate and that germination will occur on the surface anyway.”

Land destined for spring cropping could be cultivated earlier as growers have all winter to achieve a black-grass chit, Mr Neale says. Autumn cultivations should leave soils in a condition where the first and only soil movement in spring is with the drill.

Shallow cultivations help protect soil over winter by retaining organic matter near the surface, which also improves the ground’s ability to take machinery in spring and is a vital food source for worms.

Cover crops such as linseed, phacelia, oats or legumes, can be useful ahead of spring cropping, for building organic matter, protecting the surface, improving natural structuring and drainage through root growth, and drying soil to depth.

They should ideally be sown in early to mid-August, while days are long enough to allow decent light interception and growth (above and below ground), but only do so if there is sufficient soil moisture available, he says.

Aim to spray them off with glyphosate from mid-November to allow time for canopies to break down ahead of drilling in spring.

“You may have to leave it longer depending on field conditions, but certainly don’t wait until February to spray it off as there won’t be enough time for biomass to break down and dry out, plus slug risk may be higher.”