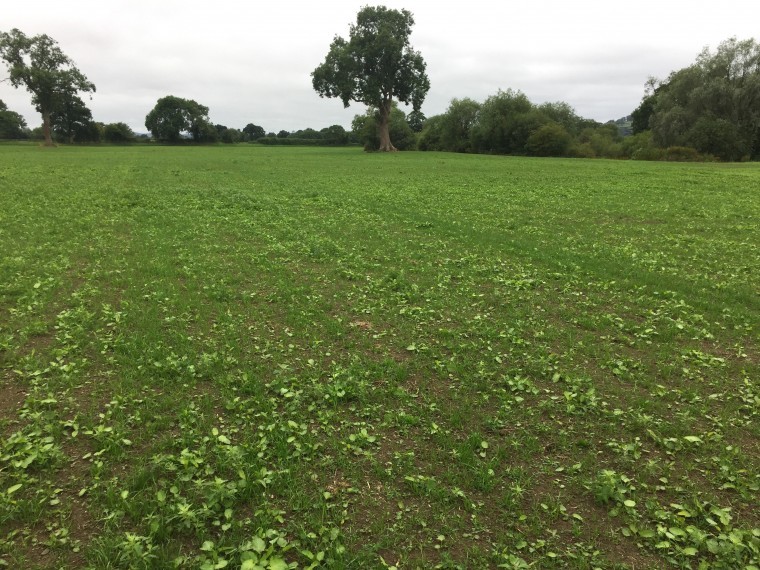 Making sure new-sown leys are kept weed-free this autumn will pay dividends next spring, as it will allow grass to grow to its full potential for grazing and cutting.

“There is a lot of reseeding going on following the wet spring and dry summer, which highlighted the worst performing fields and reduced overall grass growth on many farms,” explains Andy Bailey, principal biologist for Corteva agriscience.

“Investing in a reseed is not cheap and tackling weeds early is easier and cheaper than waiting to do it next year.

“Weeds will germinate in almost all new leys. Some annual weeds like fat hen may well be killed by frost, but others such as chickweed, mayweed and perennial seedling docks and thistles will comfortably survive the winter.”

Control weed seedling in new swards by applying Envy, which can be sprayed by qualified operators until the end of November.

“Young weeds are growing strongly now as the soil is warm and moist,” adds Mr. Bailey. “Once most of the weeds have four to six leaves it will be a good time to spray, as this is a good indication that most have germinated. Ideally there should be seven to ten days of good weather after spraying to ensure good control.”

Autumn is also a good time to control established docks, which having deep roots, survived the dry summer and are now looking very healthy.

“Most dock control is done in the spring, but there is no real weed science behind this,” says Mr. Bailey. “It is good to get this job done now, possibly at a quieter time of the year. Also the grass will have more time to re-colonise the gaps left by the dying weeds before spring.

“DoxstarPro will work effectively but needs two to three weeks before the first frost to achieve maximum effect. Forefront T is another option. This can be used on fields grazed by cattle and sheep, and also applied after the last silage/hay cut is taken. But bear in mind that if silage or hay is produced from this field the following year, the forage must stay on the farm, along with any manure from animals that have eaten it.”