» How wheat maturity plays an important factor in variety selection 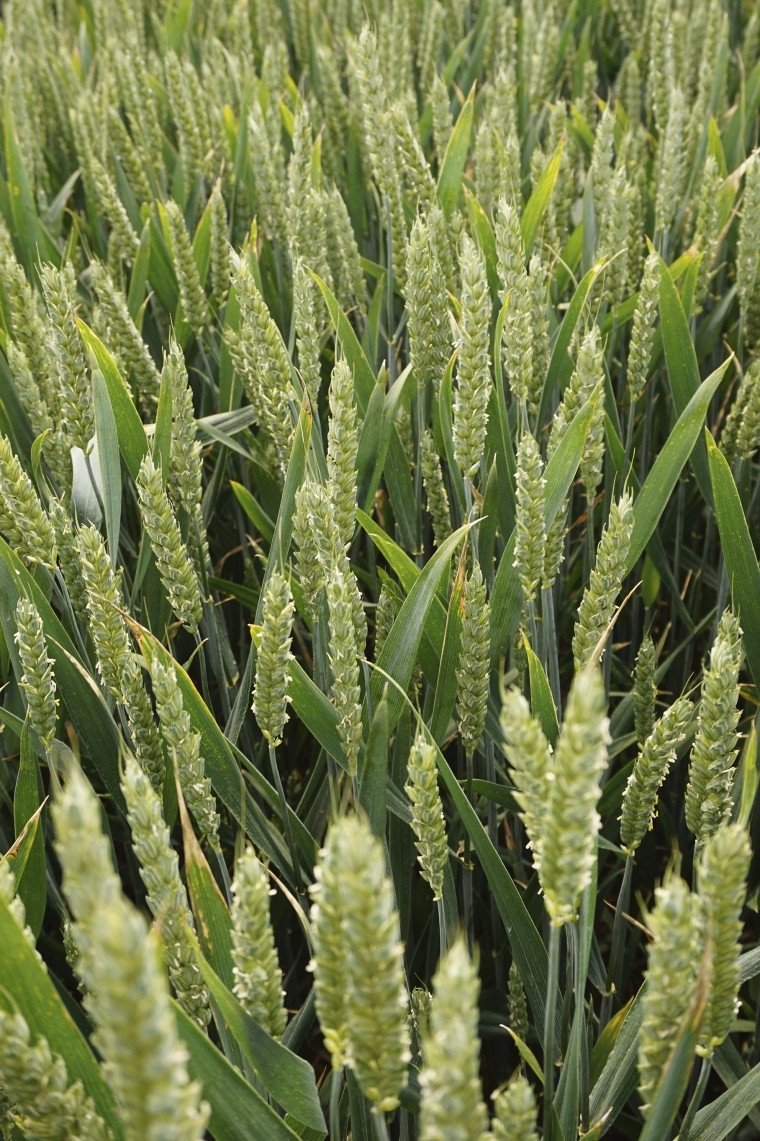 Striving for higher wheat yields has meant a slight trend towards later maturing varieties that stay greener for longer sitting at the top of AHDB Recommended List.

The trade-off is potential management issues in certain situations and, when twinned with doubts over the future of pre-harvest glyphosate applications, highlights a need to place increased importance on maturity when selecting varieties.

“Maturity” on the Recommended List is expressed as the amount of time, in days, taken to ripen in comparison to a benchmark variety, which is currently hard Group 4 feed wheat JB Diego (0).

Across the 41 varieties in five end-use groups on the list, just two two are earlier than JB Diego – Group 2 milling wheat Cordiale (-2) and hard Group 4 Grafton (-1). A further 13 match JB Diego and all others range from +1 to the latest-maturing +3 of KWS Lili and Revelation.

While the later varieties with scores of +2 or +3 tend not to be problematic in the south, in the north where temperatures are cooler, any delay in ripening can put considerable pressure on harvesting operations in the usually catchy conditions of late September.

Limagrain’s wheat breeder Ed Flatman says maturity scores are also exaggerated the further north they are drilled, with +2 or +3 days being about a week to 10 days later than the earliest varieties.

In Scottish trials, it is often observed that an early variety like Gallant is a sandy colour in August, while Revelation remains a very dark green. In Kent during a dry summer, this is much less pronounced.

“We can also see ears ripen, but secondary tillers hold on to green straw and leaves, which is down to a mixture of a variety’s genetics and the [fungicide] chemistry applied.

“Where growers are buying combines with a 40ft cut, they are being held up [by a tough crop] and the efficiency that [machinery] investment is aiming to provide is lost,” explains Mr Flatman.

It isn’t just in the north where maturity might be an important consideration. Growers on the lightest land look for earlier-maturing varieties to ensure crops ripen rather than dying off and compromising yield in drought conditions, such as those seen this season.

In addition, where the wheat is followed by oilseed rape, harvesting the crop early can help provide an early entry into the break crop – key to maximising yield potential.

Finally, milling wheat growers will also look to use early maturity to take advantage of the best harvesting conditions and reduce the risk of quality losses.

“It can also be advantageous for millers to get some grain delivered at the earliest opportunity, to get an idea of milling quality and baking performance for the new season,” adds Mr Flatman.

Whatever the reason for growing earlier varieties, ripening needs to occur in a controlled and even way, and at the right time. To achieve this, many growers turn to broad-spectrum herbicide glyphosate to get crops fit for harvest, particularly in northern England and Scotland.

Southern Scotland-based Nickerson seed specialist Douglas Bonn says that with varieties generally needing to match or improve yields on the Recommended List to make the cut, new additions have become later and later over recent seasons, increasing the need for pre-harvest glyphosate use in cooler climes.

Despite the active ingredient surviving the European Commission vote on its re-registration last year, the debate on its future is likely to rumble on, particularly in relation to burning off wheat destined for human consumption.

If this use is lost from the label, or the active lost altogether, much more emphasis will need to be placed on genetics to bring forward ripening on at least some of a farm’s wheat acreage, which typically comprises of two or three varieties.

“That is particularly so for big farms, who need to look at maturity to avoid delays at harvest. We must reduce our reliance on Roundup (glyphosate),” adds Mr Bonn.

Mr Flatman says to do so, breeders like Limagrain are looking to produce varieties with a spread of maturity scores in each end-use group, without compromising yield, to help growers in situations where earlier maturity might be required.

In the North of England and Scotland, soft Group 4 feed wheats for the distilling market dominate in drilling plans.

Although drilling earlier can help bring harvest date forward slightly, where growers are delayed in the autumn or planting behind potatoes, using maturity score is crucial.

In the soft Group 4, there is now a handful of varieties with medium maturity, including LG Motown (0), Moulton (0) and Savello (0), that will finish earlier than popular soft wheats; Leeds (+2) and Revelation (+3).

“Farmers growing soft feed wheats are in a good position, being able to choose from a few different varieties with a range of maturity scores and characteristics,” says Mr Flatman.

He adds that Limagrain’s soft wheat, LG Skyscraper, is also likely to attract interest in the North, being the highest yielding of last year’s candidates and one of the earliest maturing, with a score of 0.

“It offers a big yield improvement, but with a mid-range maturity and should be on the Recommended List for next year.”

Pictured: LG Skyscraper is one of the earliest maturing wheat candidates