» Grower closes the gap between first and second wheat yields 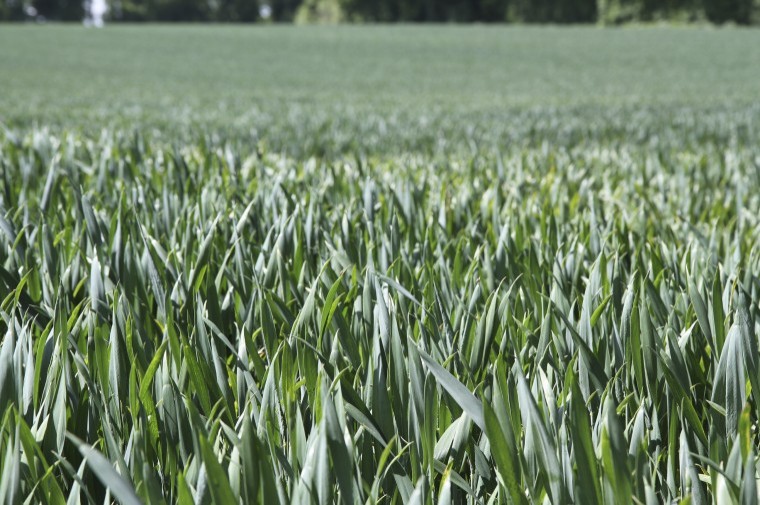 One Kent grower has closed the yield gap between his first and second wheats by implementing an integrated crop management system across the farm enterprise.

“The yields of our first and second wheats are now extremely close, despite us also battling a significant blackgrass issue,” he says.

“The only difference in our cost of production is the additional seed treatment, meaning that second wheats are a very profitable option for us.

“However, having to balance weed pressures with growing a profitable second cereal, has meant our attitude to drilling date and seed rate has changed,” he comments.

Terry explains that 10 years ago, his approach to wheat establishment would have included planting first wheats mid-September at a seed rate of 135 kg/ha, followed by second and third wheats in October, at a rate of 250 kg/ha plus.

“Now, we assess the weed pressure on a field-by-field basis, and the lower the burden, the later the drilling date regardless of whether it’s a first or second wheat. Last autumn, we drilled both first and second wheats at a rate of 200 kg/ha, in October and haven’t seen any impact on crop growth.”

He adds that due to his rotation, the soil-borne disease take-all is a constant threat to yield. As a result, Terry has focused on building soil health to support the crop at establishment.

“Increased organic matter (OM), coupled with minimum tillage, has helped to build soil health and create a good foundation for the crop to grow away from the disease,” he says.

“We’ve been min-till for a number of years, and the OM comes from other areas of the business, in the forms of paper waste, other degradable waste and digestate.”

The addition of a specialist seed treatment also significantly aids his strategy. “Although all of the above make a marked difference to second wheat performance, I always use a seed treatment for take-all on my second wheat crops as an insurance policy,” he says.

Tim Eaton, Key Account Manager at Certis, explains that although there are a number of factors that increase the risk of take-all in second and third wheats, infection is always possible, and can lead to significant yield loss.

“A fully integrated strategy, which considers a variety choice with good disease resistance and vigorous autumn root growth, drilling date, soil structure and drainage is all important in minimising the impact of take-all for next season’s crops,” he says.

Another important part of any control programme is a take-all active seed treatment, such as Latitude (silthiofam), which creates a protective zone in the soil to protect the roots against the pathogen.

“As we’ve seen here, it’s possible to close the gap between first and second wheat performance, and Latitude offers another tool in the armoury to protect the crop and your return on investment,” says Mr Eaton.