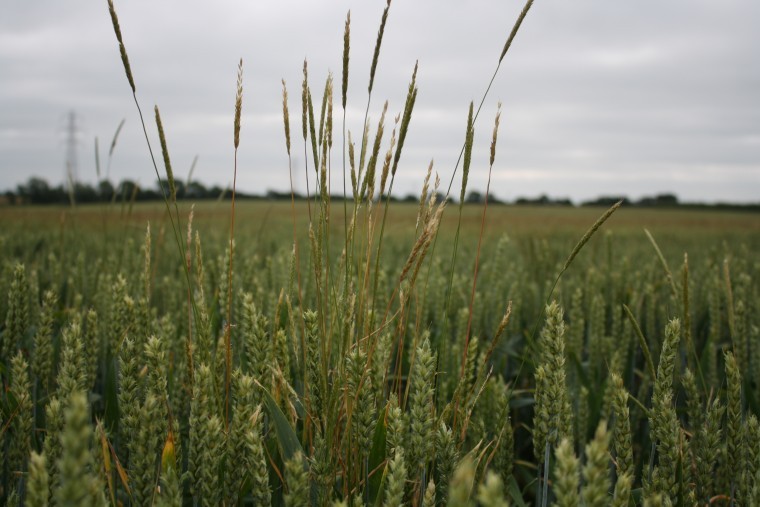 For many it is no more or less than expected but for others it is a shocking realisation of what a few surviving plants seen in February can morph into come June- very frustrating when all the variable expenditure is in place and the prospect of spraying off is too much to bear, he says.

Those who have implemented many of the learnings that have come out of our Black-grass Centre of Excellence at Brampton may be somewhat frustrated by a spike in surviving black-grass plants this year, but in the main continue to see significant progress being made in black-grass control across their farms.

What is important however, is for individual growers to conduct an immediate post mortem and recognize what went wrong and why.

“Ask was the wrong choice of cultivation made? Was the field returned to winter wheat too soon? Was it drilling a bit too early or missing out the pre-drilling glyphosate? Was there a delay in pre-em application?

Mr Neale urges growers to consider some key messages that were learnt from Brampton when approaching the next season.

As a starting point he suggests zoning fields red for heavily infested fields or green where black-grass is minimal- amber is a red in denial!

“In doing this, it is possible to identify the fields that require the most severe measures.”

Have patience, he says. “While growers will be keen to sow ex -OSR seedbeds first, it has been regularly observed these are amongst the last to see dormancy break.

“An OSR or bean crop with significant black-grass seed return will almost inevitably lead to poor control in the a following 1st wheat. “

“Balanced rotations have to be shelved in the short term in order to focus on the long term need for good black-grass control, and with this in mind, spring barley is the new winter wheat.”

“For the very worst of infected fields, a plan of two spring barley’s or a 3-4-year grass ley are in reality, the only viable options. Our work at Brampton has established that whilst a spring wheat may be a viable crop with far less black-grass return than in winter wheat, it still returns seven times more seed than a spring barley crop – making it unviable as a long-term control solution.”

He points out that other spring cropping options such as spring beans, sugar beet, linseed and peas are uncompetitive and limited with regards to chemical black-grass control options.

“Ploughing down again will only bring up what was ploughed down previously, and extended dormancy makes the resulting population very difficult to manage.“

“Disturb as little soil as possible at drilling, so ensure seedbeds are prepared at least two weeks prior to mid-October for winter wheat or winter bean sowings.“

“Shallow tillage at 50mm will only move the very top layer of soil, thereby optimising the number of germinating seeds, but remember that too early a seed bed creation will result in too fine a seed bed for late October sowing or over wintering.”

“If its moist on the surface a double rib rolling will have a significant impact on germination, often increasing it by 50%.”

“It’s also possible to use volunteer OSR as a catch crop until mid-September, adding in vetch and linseed.”

Even after all the hard, cultural decisions have been made, application technique can be the weak link. Weather pressures and in modern sprayers, isolation from the business end of the machine and their sheer size means that forward speed increases are all too easy and comfortable for the operator while true boom height is easily misjudged.

He recognises another area of frustration is sprayer mis-application, dirty corners, auto on/off inaccuracies and under application through the sweeping corners and these only become worse as sprayer width increases.

“The outer boom speed in a sweeping corner is twice as fast as with 36m as it was with 18m.”

“It’s actually quite ironic that as the desire and the opportunity for precision application increases, the resolution at which it can be applied, or measured is diluted by ever increasing width.”

After all this the basic fundamentals remain the same – if you have dry seed beds? Don’t drill, and if you can’t spray it, don’t drill it!