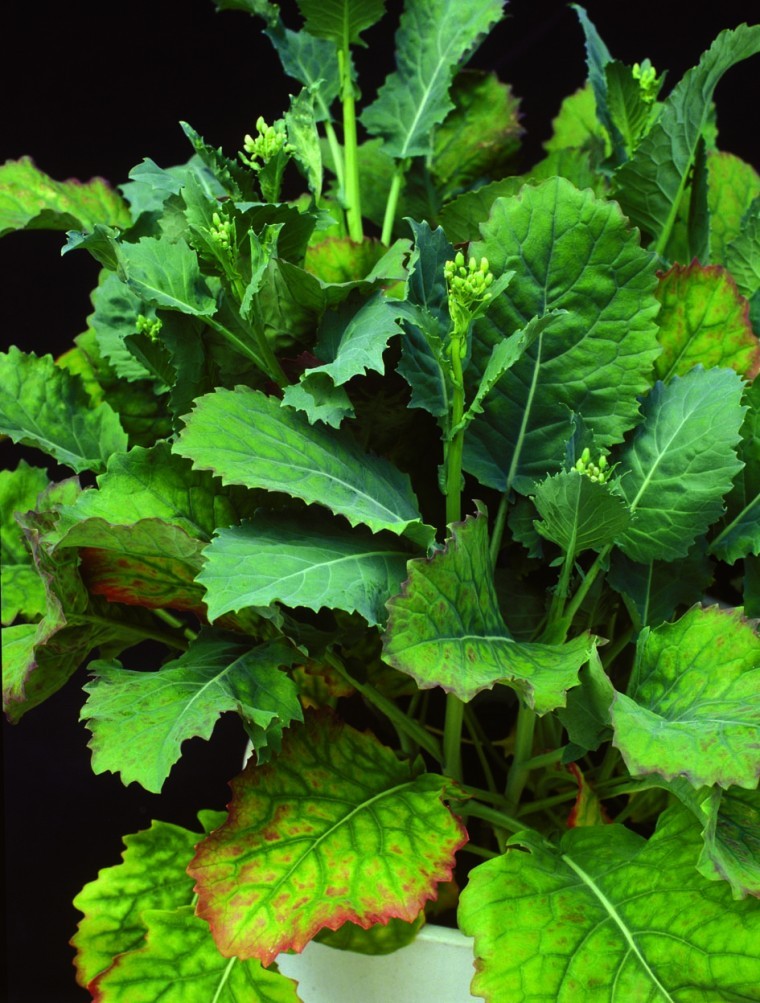 With nationwide leaf tissue analyses showing that a large number of oilseed rape crops are short of magnesium and potassium, growers are being advised to amend fertilizer use accordingly to get yields back on track as plants start to grow away in the spring.

Data from Lancrop Laboratories shows that 98% of all oilseed rape tissue samples sent for analysis up to mid-March this year were deficient in magnesium and almost three quarters of tested crops are short of potash.
Richard Pinner of fertiliser producer K+S UK & Eire suggests that this is due to the wet, mild winter washing valuable nutrients out of the soil combined with the fact that higher than normal, previous crop, yields have also denuded available soil supplies.

“Now, with rape crops well advanced, tissue levels are diluted and many crops are unlikely to be able to find the supply of nutrients they need to fuel growth,” he says.

His advice is to have leaf tissues tested and where needed support nitrogen and sulphur applications with both potash and magnesium, making sure that any products applied are fully and immediately available for crop use.

Mr Pinner points out that in trials last year some liquid foliar magnesium products – containing low rates of the nutrient – failed to deliver any benefits in crops that were notably short of target elemental levels.

Both sites had had sub-optimum magnesium indices – either Mg index 1 or 0 – and very low soil sulphur contents of just 1mg/l and all plots received standard field applications of N and P but no granular potash, magnesium or sulphur.

At harvest, yields reflected the amount of magnesium and sulphur supplied: Liquid formulations of magnesium such as magnesium hydroxide, nitrate and sulphate (supplied in a can) that only delivered low rates of magnesium at between 0.25-2kg MgO/ha failed to raise yields above that of the control.

The only positive responses came from magnesium sulphate products (crystalline MgSO4 from a bag) supplying 4.8-7.2kg MgO/ha with 10-15kg SO3, both in fully soluble, readily available forms. Across the two sites, mean yields from the higher magnesium and sulphur formulated products gave a 0.27 to 0.54t/ha yield improvement.

However on the clay loam, zero Mg index site at Barnetby, yield responses from the same group of treatments – from the EPSO range from K+S UK & Eire – were highest at almost 0.6t/ha.

Financial returns from the various products were mixed. All products based on crystalline magnesium sulphate gave positive margins, while liquid magnesium formulations produced a negative financial return as their cost didn’t cover any extra yield gain.

According to Richard Pinner, the rates of magnesium sulphate (bagged Epsom salts) used in these trials were relatively high at 30-45kg/ha which would not be typical on-farm. However, these rates still showed very positive financial returns on a relatively modest investment.

“On-farm it may be more practical to apply lower rates more frequently, in tank mix with agrochemicals, to oilseed rape and, while it is early days yet, with early season crops now deficient, growers should take note and higher rates may be justified this season.

“Whatever route farmers take, the work confirms is that it is false economy to move to cans for convenience compared to the tried and tested magnesium sulphate crystals,” he says.

“Some products supply significantly less magnesium and sulphur than others and this trial shows they are of little or no value on soils where supplies are already at sub-optimal levels.

“The work also suggests that while some products can act as a tonic in extreme, stressful circumstances, these should be viewed as a bolt-on application over and above sensible rates of soil applied magnesium.
Mr Pinner suggests that at the same time, growers should be aiming on rebuilding the potash status of their soils and targeting index 2 as the standard for most arable crops.

“A modest 4t/ha rape crop removes less than 50kg K2O from the field in the seed fraction, but the quantity of potash that the green growing crop takes up from the soil is closer to 300-400kg. This needs to be found from the soil reserves.

“Not only does potash keep nutrients, sugars and fluids pumping around the plant, it also affords a protective role with positive effects on reducing lodging risk, disease susceptibility, drought and both high and low temperature stress.

“Without sufficient potash, a plant cannot take up and hold onto adequate supplies of water or other nutrients – most notably nitrogen – and will suffer both heat and drought stress which will curtail yield and also crop quality,” he says.

“If growers are looking for ways to cut costs they must first consider the existing value of their soil and its nutrients through regular broad spectrum soil sampling, monitor the seasonal effects on nutrient supply through additional leaf or tissue analyses, then calculate the risks of adopting nutrient holidays versus the likely yield or quality benefits.”