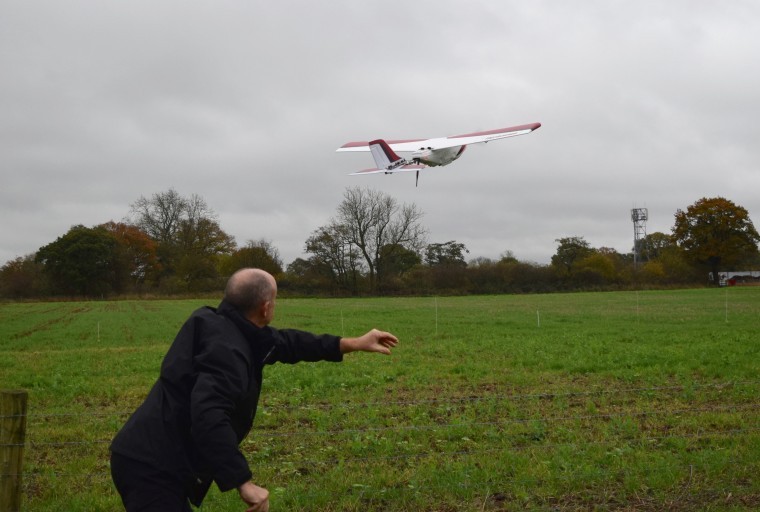 Use your own drone

Latest drone developments, including software that allows growers to use their own drones to map fields, will be on show.

The company has compared professional fixed-wing drones with popular “hobby” multi-rotor drones to see if the basic camera gear on the latter can be used effectively to create weed and biomass maps.

“This will enable growers to use the information for applications such as variable rate nitrogen, and even patch spraying glyphosate with high resolution accuracy.”

Further developments include yield prediction models that can be used a few months before harvest.

MapIt Pro is part of Axis, Agrovista’s cloud-based agronomy management system, that helps growers cope with the vast amounts of digital information created on their farms as the adoption of decision-support and precision-farming systems grows.

Visitors to the stand can see how MapIT Pro enables them to control and map data simply and quickly, allowing the many pieces of the precision farming jigsaw to fall into place.

“Other know field variables, such as slug or rabbit damage, frost heave and/or soil type can be overlaid to create the final zone map. From this, a zoned variable seed map can be drawn up at the touch of a button.”

Companion plants in oilseed rape have been shown to provide a number of advantages, including improved establishment, nutrient capture, better weed and pest suppression and ultimately increased yields.

Berseem clover as a companion plant can help with all these, but its major impact is on improving establishment and rooting of OSR, boosting rape root size typically by about 20%.

Visitors can hear how Agrovista is broadening the project to several sites to see if berseem clover can really replace steel when it comes to cultivations.

“At the heavy-land Stoughton site last year, oilseed rape was either direct drilled, or drilled behind the leg of a Great Plains 00 planter, both with and without the addition of berseem clover,” says technical manager Chris Martin.

The difference in fuel consumption between the two establishment techniques will be accurately measured at this season’s development sites.

Agrovista is carrying out a range of herbicide application trials with bespoke application equipment that uses similar nozzles and forward speeds to farmer customers.

“This allows us to carry out relevant application trials, striving to get the best performance out of the products we apply,” says technical manger Mark Hemmant.

One idea on show is a simple and cheap modification boosting the number of spray droplets, that has had a dramatic effect on the performance of pre-emergence blackgrass herbicides.

It uses two back-to-back nozzle apertures fitted to a single line, adapted to apply spray forwards and straight down, mimicking a twin-line sprayer. The set-up has raised black-grass control from 80% to 95% in trials.