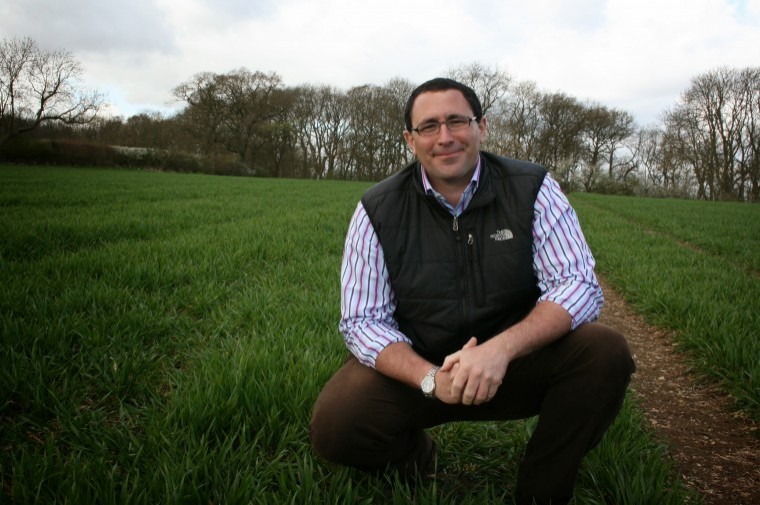 The mild winter followed by a warm February has kick-started weed growth but also created good conditions for applying a post-emergence herbicide.

During field visits across the country, Bayer’s technical team has identified black-grass that is advanced for the time of year and on the brink of rapid growth if conditions stay warm. In one of the country’s black-grass hot spots – Oxfordshire – Ben Giles reports that one or two tillering plants were seen early in the year due to the mild winter. In the last week, the rate of growth has picked up and tillering black-grass is common across the region regardless of the crops’ drilling date.

In the last 10 days, small plants like those in the picture have started to tiller.

Even outside the main black-grass areas, plants are well-developed. As far north as Northumberland, soils have warmed and dried so there is already extensive tillered black-grass in some September sown wheat.

Fields like these are candidates for being sprayed off with Roundup (glyphosate) to prevent high seed return into following crops.

In Lincolnshire, the benefit of drilling later into a better-quality seedbed is plain to see. Images from a 25 October drilled crop show the most advanced black-grass just beginning to tiller. According to the local Bayer commercial technical manager Darren Adkins, later drilled crops still have relatively small plants but in crops drilled in early October, there is already much more tillered black-grass.

As weather and ground conditions have been good, applications of post-emergence herbicides such as Monolith (mesosulfuron + propoxycarbazone) are well underway in Lincolnshire. Completing the black-grass programme this early means that there will be a gap before T0 fungicides. Congested workloads at this time of year sometimes mean that tank mixes of post-ems. and T0 are used which is not ideal for achieving the best control.

In the West of the country in Shropshire, black-grass is also at the early tillering stage. In this region, black-grass infestations are typically smaller in number so can be harder to spot at this time of year. Small infestations can be better dealt with using patch-spraying or hand-roguing later in the season but a post-em may be a good option if mixed grass weeds like wild oats and brome are also lurking in the crop.

Black-grass is well advanced for the time of year. This field is 200 metres above sea level and in a fairly exposed location but black-grass is beginning to tiller. Compared to Lincolnshire, the weed burden is much lower here so the downsides of early October drilling are not as obvious.

The mild conditions have affected all regions in much the same way and any post-em herbicide should be applied sooner rather than later. Hitting black-grass plants when they are smaller leads to better efficacy from the herbicide resulting fewer black-grass heads and fewer seeds being returned to the soil.

Application technique is essential to get the best result. Herbicides like Monolith should be applied to a dry or drying leaf in fine–medium spray quality. Boom height of 50cm and forward speed of no more than 12km/h will help ensure the spray hits the target.