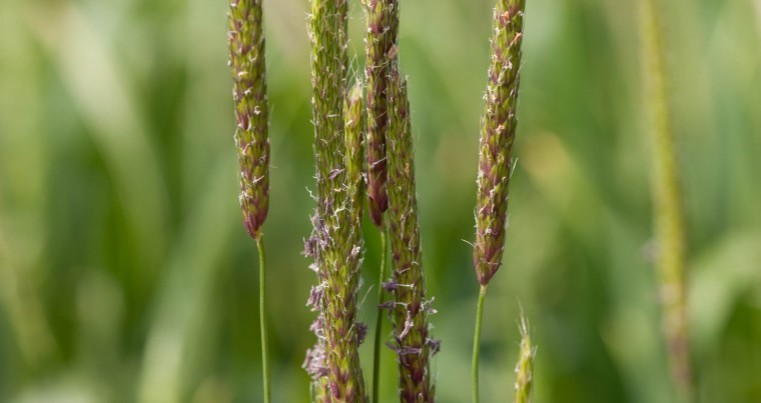 1976 was the era of the Three day week and the Soweto riots in South Africa. The more fashion conscious were wearing brightly coloured loon trousers and cheese cloth shirts while listening to Dancing Queen by Abba or Bohemian Rhapsody by Queen! This was when propyzamide was first registered in the UK. It is difficult to believe how black-grass has spread across the UK and even into Scotland and who could have foreseen the serious and widespread problem of weed resistance developing as it has? A problem that actually started in 1982 with the launch of Hoegrass, a contact herbicide for wheat and the year that herbicide resistant black-grass was detected. The genes that determine herbicide resistance were already present in black-grass before the herbicide was introduced.

As defined by the Herbicide Resistance Action Committee, resistance is the naturally-occurring ability of some weed biotypes in a weed population to survive an herbicide treatment that should, under normal circumstances, control that weed, reports Eileen Paterson, Principal Biologist for Dow AgroSciences. In the field it is a numbers game in which the herbicide selects resistant survivors and if the same herbicide or one with the same mode of action is used again, it will lead to more and more individuals being selected creating a resistant population.

“There are two basic types of resistance in the UK. Enhanced metabolism is when a resistant plant can degrade the herbicide to non-phytotoxic metabolites faster than a sensitive one. (e.g. Substituted ureas and fop chemistry in black-grass). Whilst it is not an absolute resistance, it is the most widespread mechanism in black-grass and can be overcome if the herbicide is applied to a small actively growing plant. The second type of resistance is more serious as it is absolute and its mechanism is called target site (ALS inhibitor groups have this type of resistance). Here the herbicide can no longer binds to its normal site of action. The build-up of this type of resistance can be rapid and has become more significant with the huge increase in use of ALS herbicides such as mesosulfuron-methyl +iodosulfuron-methyl-sodium in wheat,” she says.

Kerb has been used in the UK widely since the 1970’s yet there is no hint of weed resistance. Dow AgroSciences test for resistance in the field each year and there has been no shift, explains Eileen.

But why is there no resistance to Kerb in the UK? Firstly it is because propyzamide belongs to the benzamide family of chemicals, a subset of the group K1(HRAC) which works by inhibiting the assembly of microtubules. Its mechanism is complex and likely to be multi-site with more than one binding site in the weed. The risk of resistance developing to propyzamide is very low due to this complex mode of action. Secondly Kerb is used just once in the crops life and is not used in cereals so minimising the weed resistance pressure.

The use of Kerb and other propyzamide containing herbicides such as AstroKerb (propyzamide + aminopyralid), mainly in oilseed rape (which in itself has grown to become a major arable crop in those 40 years) brings the opportunity of controlling these pernicious black-grass populations to a high level, providing conditions are optimal. Being a residual herbicide, optimal conditions mean good seedbeds, good moisture levels and lower temperatures so that the chemicals longevity is optimal.

Propyzamide is an important herbicide for use in a cereal/rape rotation as it controls all black-grass types as well as rye-grass and other weeds at risk from resistance to other groups of chemistry and it can give a high level of control, reducing the weed population across the farm.