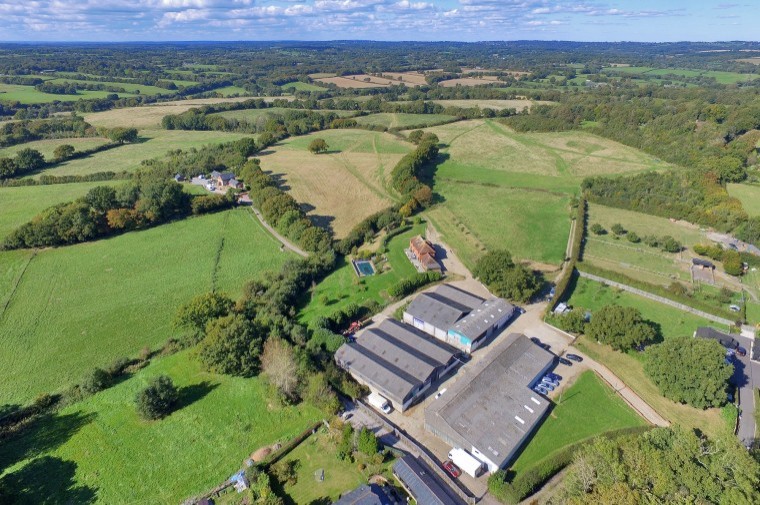 Springham Farm is just north of the pretty village of Hellingly, which is bordered by rolling Wealden countryside to the north and the South Downs National Park to the south.

Springham Farmhouse is in a central position within the holding and its elevation creates a tiered view of its own land. The farmhouse has five bedrooms, gardens and a swimming pool.

The range of farm buildings extends to a total of about 25,000 sq ft, with a proportionate split between commercial and agricultural buildings. There is also a two bedroom flat incorporated into one of the farm buildings and a good sized farm office.

The land at Springham Farm extends to about 229 acres of scenic countryside, over 200 acres of which is grassland, with the occasional wooded shaws and a selection of well maintained fishing ponds.

Chris Spofforth, of Savills Haywards Heath, said: “Springham Farm is in a spectacular rural position and includes an impressive range of agricultural and commercial buildings, with great letting income potential. The land, which includes some woodland and lakes, also offers excellent sporting potential.”

Springham Farm is being marketed by Savills South East rural agency team, for a guide price of £2.6m.