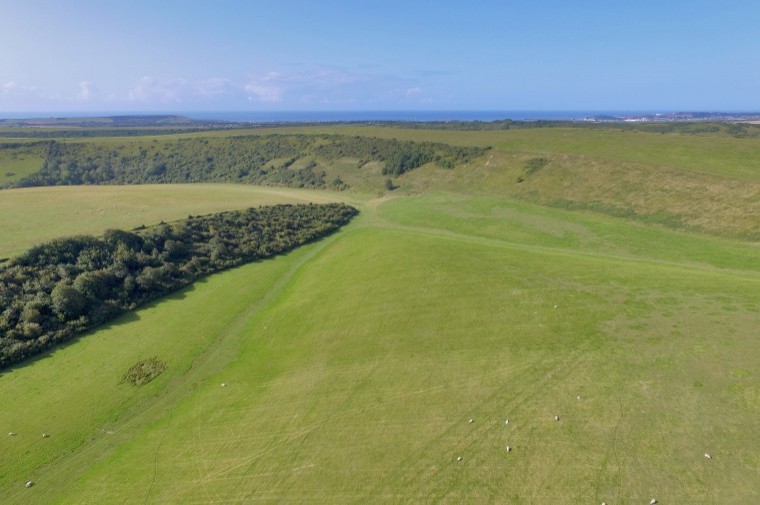 The land at Kingsride lies across a valley, on the top of the South Downs, to the west of the historic village of Alfriston.

From a gate at the top of the access track, the land slopes away into the bottom of a valley known as ‘France Bottom’, before rising up again on the other side.

The productive pastureland is split into three field parcels comprising about 152 acres in total, all of which has been used for sheep and cattle grazing. The two largest pasture fields have water troughs from a supply beside the access gate. There is also about 43 acres of scrubland, located on the steep banks.

The land has been down to organic pasture since the late 1980s though neighbouring landowners have their land in arable production, so converting the land for this use would be possible.

About 11 acres in the southern corner has recently been ploughed and sown with a wild bird crop as part of obligations under the Higher Level Stewardship Scheme.

Chris Spofforth of Savills Haywards Heath said: “With an abundance of flora and fauna, this free draining chalk downland has proven environmental credentials.

“From the top of the land, there are some stunning 360 degree views – towards the English Channel and Seven Sisters to the south, over the Cuckmere Valley to the east, Sussex Weald to the north and an iconic downland outlook to the west.”
The land at Kingsride is being marketed jointly by Savills and Strutt & Parker for a guide price of £1.4m.