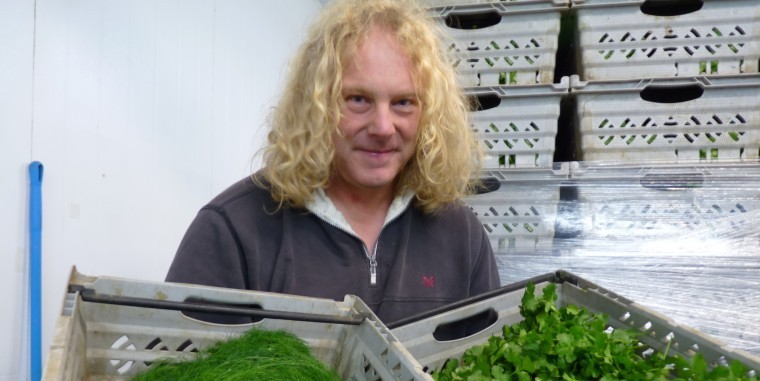 The summer of 2018 saw record-breaking temperatures, with 35.6°C recorded at Felsham (Suffolk). High temperatures were common across East Anglia and South East England, where some places experienced 58 dry days in a row.

The prolonged dry spell affected agricultural production across the country, with significant reductions in yields and crop quality for growers. Potato yields, for example, were down on average 20% in England and Wales in 2018, according to the Agriculture and Horticulture Development Board (AHDB), compared to the previous year.

“Last year’s drought meant our costs of production went up with higher water and labour costs, but the yield went down so we were left with less produce to sell,” said Mark Bowyer, a grower of herbs and leafy vegetables across Surrey, Berkshire and Buckinghamshire.

Mr Bowyer also works as a farm consultant in the region and says growers are now concerned about water reserves for the upcoming growing season. Talking to South East Farmer he said: “With the low winter rainfall we’ve had so far, reserves are not full and won’t be full, according to one grower I spoke to last week. If river levels are low you can’t take water so the winter abstraction is not happening.

“As a grower do I commit to growing a crop that I don’t yet have enough water for, or just plant what I have enough for i.e. less?” said Mark.

As well as an increase in average summer maximum temperatures, heatwaves will become more intense and long-lasting, under current climate change projections. The 2018 summer heatwave was made about 30 times more likely than it would be naturally by climate change, according to the Met Office.

Last Summer’s drought was particularly difficult for the South East region. Kent growers reported a near doubling of the water they needed to irrigate apples and lettuces, draining reservoirs. For livestock farmers, the weather led to a lack of grass growth for hay and the failure of maize crops reducing supplies of feed for livestock.

This year, Mark Bowyer said one grower had already told two of his tenants growing turf that there won’t be any water so if they don’t want to take up the option this year he would understand. “That to me says there is a serious issue brewing here,” he said.