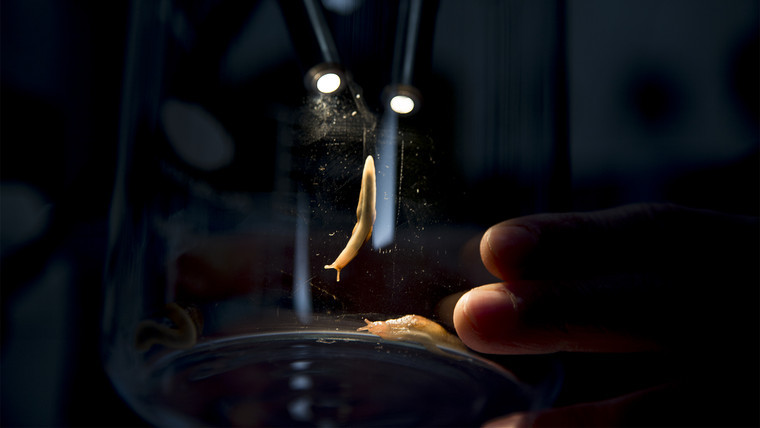 Researchers from Harper Adams University, working with farmers in arable areas including Berkshire and Hampshire, have spent five years studying the behaviour of the grey field slug (Deroceras reticulatum).

They are aiming to help farmers reduce the quantity of pesticides needed to control slugs by finding a way to help them treat only those areas where numbers are highest, with recent findings suggesting they could cut pesticide use by 40% to 50% in some fields.

With grey field slugs causing an enormous amount of damage among field crops, the Agriculture and Horticulture Development Board has been funding the research into a more efficient and sustainable way to tackle slugs in commercial crops.
Professor Keith Walters, who initiated and has led the programme since it started, said that using surface refuge traps to determine threshold levels before applying pesticide was hampered by the fact that a variable proportion of the slug population is below the soil surface.

“In addition,” he said, “pesticides are applied to the whole field, but we know that slugs are unevenly distributed, with patches of higher numbers dispersed within areas of lower numbers.”

The team wanted to discover whether or not it would be beneficial for farmers to apply pesticide in areas they thought were home to a higher population of slugs, but first needed to know whether or not the slugs – including those invisible underground – moved around the field.

RFID (chip) technology has been used in the past, but on this occasion the Harper Adams researchers surgically inserted the tag into the slug, allowing them to follow individuals in the field for five weeks or more, even when they were below the soil surface.
Dr Emily Forbes explained: “From this study we can say slugs move relatively short distances. Over a five-week period, on average, the slugs only moved about one and half metres. They will have moved further away to forage, but they always came back to the same area.”

The researchers then looked at whether it would be feasible to treat just the patches or whether switching the pesticide applicator on and off would make it impractical, and after four years of trials across commercial fields in major crop growing regions of the UK, supported by detailed modelling work, the researchers believe patch treatment is the way forward.

With trapping and tracking not a viable approach in practice, the researchers are now looking at more practical ways of finding out where slugs are likely to gather, including looking at the chemical or physical characteristics of the soil.