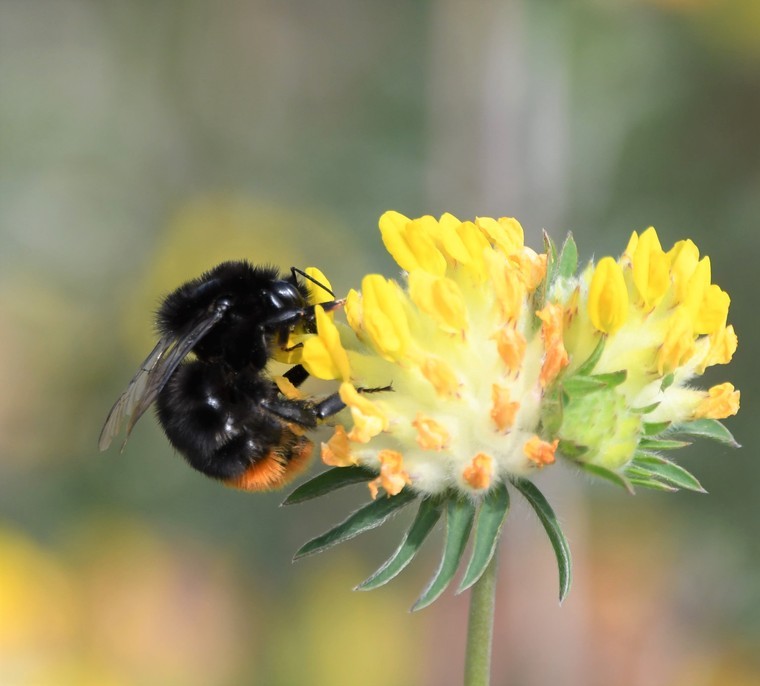 In just over a year of fundraising, people, community groups, businesses and organisations from across the South East have pulled together to raise the incredible amount and give a welcome boost to nature.

Now the South Downs National Park Trust, the official independent charity for the National Park, is offering a huge “thank you” to all those who have helped to make “Bee Lines” a soaring success.

The Bee Lines initiative launched in May last year with the aim of raising £75,000 to help farmers and other landowners create new wildflower corridors – essentially a “road system” for insects – that will link fragmented habitats and encourage pollination.

The money raised will now go towards helping to restore pollinators such as bees and butterflies, which have declined nationally because of habitat fragmentation that has seen their foraging grounds reduced in size and number.

Although fundraising is still open for donations, Bee Lines will now move to its delivery phase, with talks under way with various landowners about potential sites for wildflower planting. An online application process for farmers and landowners to express interest in funding will open in the coming months.

Nick Heasman, Countryside and Policy Manager for the South Downs National Park and who is leading the project, said: “It’s a great honour to announce that we did it!

“The Bee Lines fundraising has truly been an incredible effort and I’d like to thank each and every donor who has made it possible.

“It’s been a particularly testing time for many people in the past few months and it’s nice to be able to share this positive news. I think the support we’ve had underlines the great affection people have for the South Downs National Park, as well as recognition of the increasingly important role this haven will have in tackling climate change and biodiversity loss.”

Chalk grassland with a colourful blanket of wildflowers is the perfect habitat for pollinators and was once very extensive across the South Downs. But the past century of human impact has seen this habitat reduced to just four per cent of the total area of the National Park, creating fragmented areas that make it harder for pollinators to move through the landscape.

Nick added: “To say bees are amazing is an understatement. They are vital ecosystem engineers, quietly working away year after year to pollinate a third of food crops and 90 per cent of wild plants. But these pollinators have been in trouble for many years and Bee Lines is our way of fighting back, helping populations to recover and become more resilient to human impact and the effects of climate change.

“We’re now excited to be able to start sowing the seeds of making the South Downs an even bigger and better hub for pollinators.”

The South Downs National Park Trust would like to thank:

The Worshipful Company of Grocers