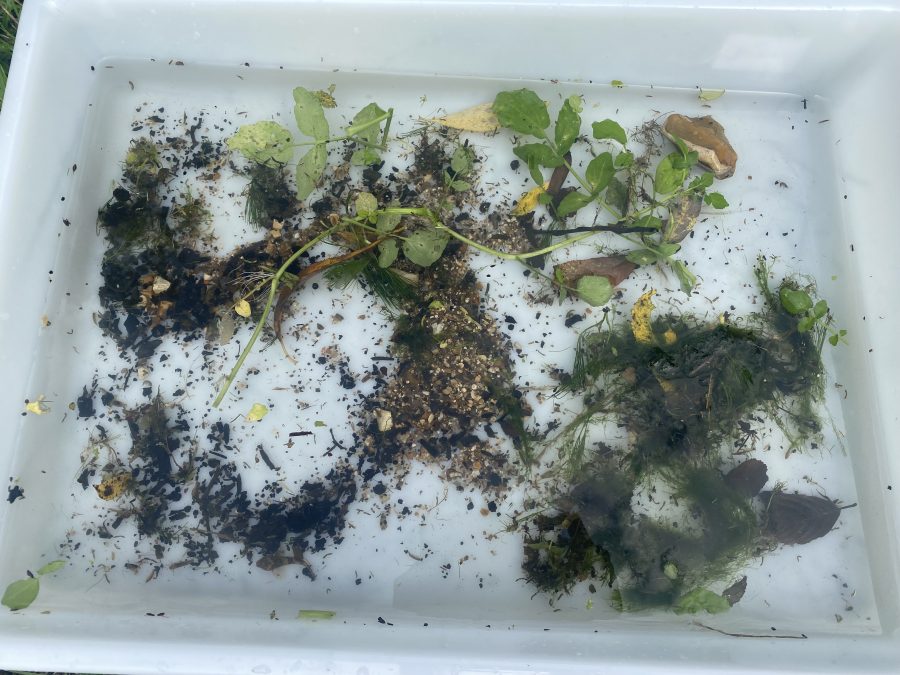 Englefield Estate has undertaken the first ever riverfly monitoring session on the River Pang, gathering valuable data which will help experts to assess water quality and potential pollution incidents in the future.

The new project will involve a team of volunteers and is a partnership between the Estate and the charity Action for the River Kennet (ARK).

Riverfly monitoring is a national ‘citizen science’ initiative overseen by The Riverfly Partnership, where members of the public volunteer to help scientists collect valuable data.

Data from riverfly monitoring is important because species such as caddisfly larvae, mayfly larvae, freshwater shrimp and stonefly larvae are key biological indicators of river health.  Through regular surveys, teams can assess river water quality and get a warning of any otherwise unseen pollution incident.

ARK is known as a ‘Riverfly Hub’ and has been training land managers, river keepers and volunteers at workshops, enabling them to identify and count indicator species of freshwater invertebrates, to assess the health of Britain’s river systems.

Liz said: “As a land manager with a 2km stretch of the River Pang on the Estate, we obviously want to do everything we can to improve the health and water quality of this wonderful chalk stream, and riverfly monitoring is a crucial element of that aim.

“This monitoring session was the first of what will be regular surveys by ARK’s team of volunteers moving forward and we are keen to support them in this very important work.”

The work proved its worth in July 2013 when ARK riverfly monitoring volunteers were the first to discover what the charity described as a ‘catastrophic pesticide pollution event’ on the River Kennet, in Marlborough, Wiltshire. The public were advised to not enter the river and the event sparked extensive research into the impact of pollution on river health.

Anna Forbes, ARK’s Senior Project Officer & Volunteer Co-ordinator, oversees the riverfly programme. She said that the pesticide that caused the pollution was later identified as Chlorpyrios, and the charity’s volunteers established it had killed riverfly on a 15 mile stretch of the Kennet.

“It goes to prove the value of this kind of long-term monitoring. Our trained volunteers are the eyes and ears on the river and are bringing in important data, ensuring we can do everything in our power to protect the health of our rivers,” said Anna.

“Until we trained our Pang volunteers, there was no riverfly monitoring being carried out on the River Pang, but now we can start to establish sites along its course to collect detailed data on health and water quality, as well as detect pollution incidents in the future.”

ARK are looking to establish at least six locations along the course of the River Pang where it is safe to access the river to carry out the ongoing riverfly monitoring. The sites will include one on the stretch of the river which runs through Englefield Estate.

The Estate has a long-term collaborative partnership with ARK. It worked closely with the charity in 2021 and 2022, in surveys of obstacles to eel migration on the Rivers Pang and Kennet, such as weirs. The Estate also facilitates access for ARK’s brown trout nest spotting citizen science project, to record when and where trout are spawning.