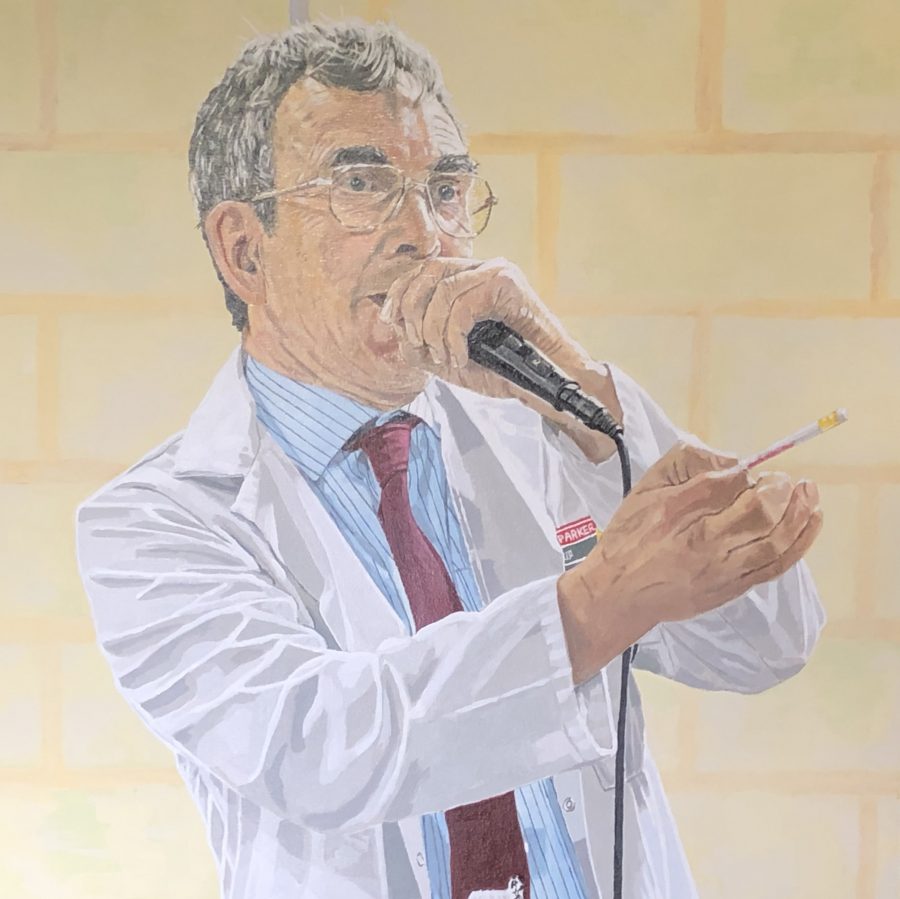 He may be retiring from his full-time job, but it’s clear that Mark Cleverdon’s voice will continue to be heard across the South East for some time to come.

Auctioneer Mark, who is leaving Hobbs Parker after exactly 27 years (“to the week”), will continue to deliver his unique and expert livestock commentary at agricultural shows up and down the land, as well as playing a vital role as a long-serving committee member with the Weald of Kent Ploughing Match.

Factor in tending nine acres of land, including six acres of woodland, at his home, “a bit of casual work” and more time volunteering with the Farming Community Network charity and it is clear that this won’t be a quiet retirement.

Born in Cornwall, the son of auctioneer Basil Cleverdon and his wife Anne, Mark attended Shebbear and then Exeter Colleges before beginning his career as a cadet valuer in the valuation office in Bury St Edmunds, Suffolk. The role, which was with Her Majesty’s Revenue and Customs, provided training as a chartered surveyor, at that time an essential qualification for the role.

“I didn’t work with livestock for the whole of that five-year spell. It was the only time in my career,” he recalled.

Leaving HMRC in his mid-twenties, Mark, now 66, joined Ambrose and Foster (now Lambert & Foster) and spent 15 years with the firm in Maidstone, selling livestock in the county town and in Rye and running farm dispersal sales.

Mark moved to Ashford, Kent-based Hobbs Parker in 1995, part of a team including Richard Wood and Elwyn Davies. He has played a unique role in the business, working as an auctioneer but also heading up the administrative team, looking after farmers “from the point at which they decide to sell their animals to making sure they get the cheque. It’s not something everyone enjoys doing, but I have always taken a pride in getting that bit right as well as enjoying the selling”, he commented.

Of his career he said: “I have never woken up in the morning not wanting to go to work and I have always enjoyed whatever job I have done. It’s a people business and I have loved working with people and being part of the farming community. I have made lots of great friends and I am glad that I will still meet up with them at agricultural shows and ploughing matches.”

The livestock commentaries that have helped make him such a recognisable figure across the South East began in the mid 1980s, when Jim Howie moved to the west of England, leaving a vacancy for someone to deliver the parade commentary at the Kent Show. Mark took up the challenge and has made the job his own, not just at the Kent show but at around a dozen events each summer – and providing ring commentaries as well. “It’s essentially my hobby and one I plan to keep doing,” he confirmed.

Casual jobs he has already lined up to keep himself busy this summer include apple and grape picking, while looking after the land he and his wife Cynthia have at their home will also keep him busy. The couple have a son, Eoin, who farms in Staffordshire.

“I have enjoyed working with people, the buzz of the sales rostrum and the responsibility you have as an auctioneer,” Mark commented, “as well as taking a pride in making sure the job was done properly. Attention to detail is important. If one cheque goes to the wrong person out of 200 processed in a week, that’s one too many, so I worked hard to make sure it didn’t happen.”

The painting of Mark on this page was presented to him as a leaving gift from the directors of Hobbs Parker.