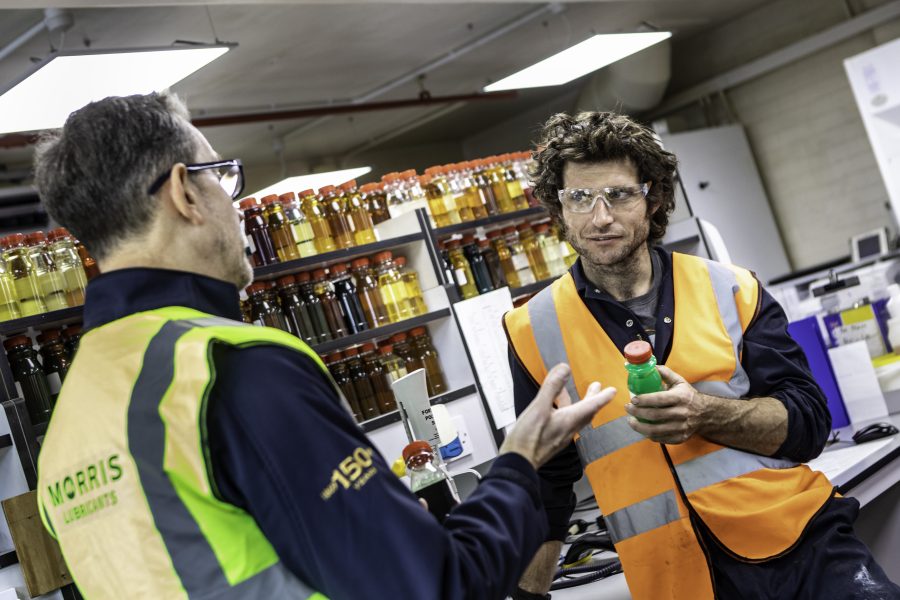 The video series gives end users and distributors in the farming and agricultural sectors an insight into how oil is made and the factors that should be considered when choosing a lubricant supplier.

Morris Lubricants is the UK’s leading, independently owned manufacturer of oils and lubricants, which are sold to 90 countries around the globe, with each product proudly displaying the Union Flag.

In the video series, Guy is taken through the production process by the company’s Technology Manager Adrian Hill. Adrian demonstrates the key areas to be considered when selecting oils and lubricants to ensure maximum emission compliance by protecting after treatment devices while delivering greater component longevity, improved equipment reliability and reduced maintenance downtime.

A heavy goods vehicle mechanic by trade but well known in the farming community as a tractor enthusiast, Guy was eager to discover each stage of the manufacturing process and how oil is formulated to keep mechanical systems lubricated even in the toughest conditions.

The first episode in the video series highlights the arrival of various high quality raw materials delivered to Morris Lubricants from numerous suppliers based all around the world.

Episode two covers the processes that are conducted in the quality control laboratory, which conducts more than 5,000 tests a month.

Episode three explains the computer-controlled blending process and an eco-friendly ultrasonic technique which has cut blending time from 60 to 10 minutes. The company has the versatility to blend from 200 to 70,000 litres.

Episode four takes viewers to the filling lines, where various packaging formats are used to satisfy the company’s diverse range of customers, while the final episode focuses on storing and shipping products, which all have tamper-proof seals. The company ships oil and lubricants around the globe, with 12 containers leaving Shrewsbury every week.

“After spending time at the factory in Shrewsbury, I now appreciate the science and skill that goes into the oil production process,” said Guy. “I didn’t realise the company produced so many different varieties of oil and lubricants.

“It blew my mind when Adrian said that Morris Lubricants ships 12 containers of oil a week to countries as far away as New Zealand, Iraq and China and how much trust their international customers have in the product being made in Britain.”

Adrian added: “Guy was genuinely interested in the process, spontaneous with his comments and amazed by what goes on behind the scenes.

“He was excited by the prospect of trying something new and enjoyed filling a few barrels, capping them and putting the Morris Lubricants seals in place.”

The video series has been launched on Morris Lubricants website and can be viewed at https://bit.ly/MorrisOil

To enter the competition, head to https://bit.ly/3MOeeRA , fill in your details and answer this question: “How many containers of Morris lubricants product leave Shrewsbury each week?” – 12, 23 or 5? 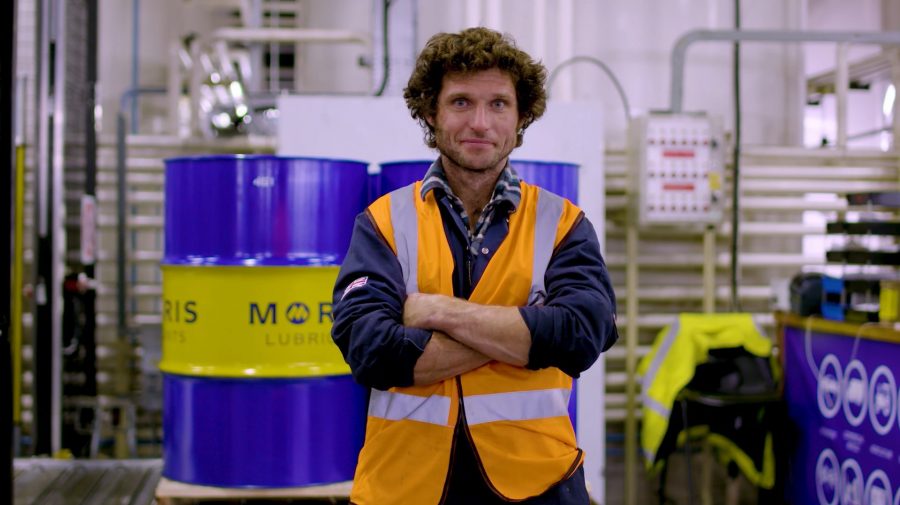