Prices are the highest they have ever been - South East Farmer 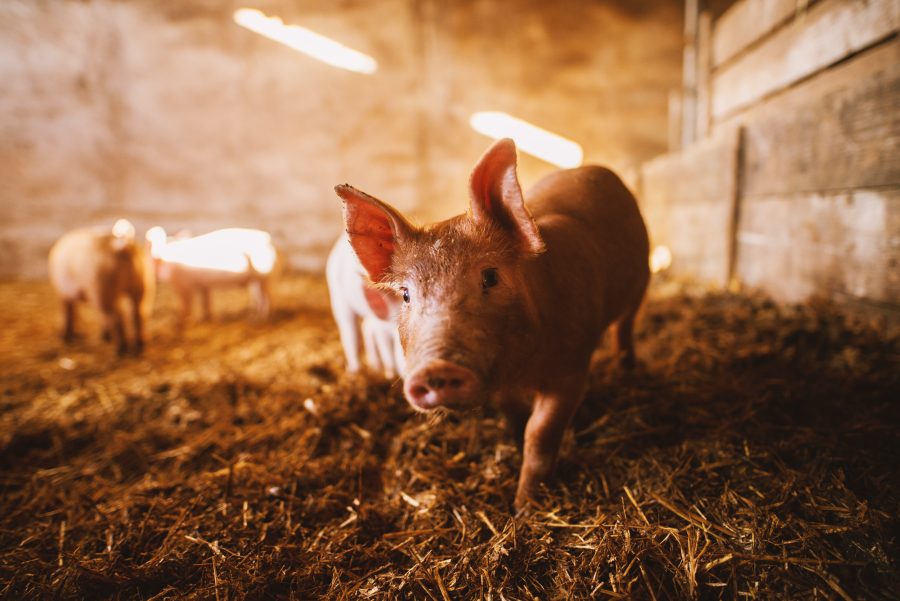 Record prices for pork are failing to improve the lot of pig producers trying to cope with massively inflated input costs, an Essex farmer has revealed.

Jack Bosworth, former chairman of the Young NPA (National Pig Association) said that while the price per kilo of pork had reached just shy of £2, production costs were still around £2.30 to £2.50 a kilo for most producers.

“Prices are the highest they have ever been and would be at a sustainable level for us if inputs were normal, but as everyone knows, they are far from that. High cereal prices mean producers are paying so much more for feed that most are still losing money on every animal they sell,” he said.

The Agriculture and Horticulture Development Board (AHDB) estimates that the full economic cost of production for April to June 2022 rose to 240p/kg deadweight, resulting in a margin per slaughtered pig of minus £52 per head. That cost was 33p/kg higher than the cost for the first quarter, which was estimated at 207p/kg.

The AHDB said 27p/kg of the increase was due to rising feed costs, with the rest attributed to energy, fuel, interest rates and cull sow prices, along with decreasing carcase weights. It added: “With pig producers experiencing continued negative margins since October 2020, it is estimated (based on the total pig slaughter numbers) that the industry has lost over £600m [from] October 2020 to the end of June 2022.”

The saving grace for the family business, F J Bosworth and Sons, which farms at Spains Hall, near Chelmsford in Essex, is that the mixed farm makes all its own feed, buying in cereal from the arable side of the operation.

“The early harvest was really useful for us. It meant that at Spains Hall we saved a month’s worth of bought-in feed for the pigs, and that’s about 70 tonnes of wheat and 30 tonnes of barley, which has saved us another £24,000 leaving the pot,” he explained. “It is tough enough for us but even tougher for the pig producers who don’t have that facility.”

The farm also saves money on fertiliser, currently at record high prices, by using slurry from the pig unit. Even so, the costs are eye watering. “Our fertiliser costs were less than £30,000 last year and topped £90,000 this year – and that’s with using our own slurry,” Jack said.

Meanwhile the AHDB is expecting a contraction in the UK breeding herd, leading to a 6% fall in UK pig meat production by the end of this year. Demand is also expected to weaken slightly as the year progresses, caused by a return to pre-pandemic buying habits and the increased cost of living.

DEFRA’s 1 June livestock survey showed that the total number of pigs in England had decreased by 3% to just over 4.1m animals, with breeding pigs decreasing by 18%.  An NPA spokesperson estimated that the national herd had lost between 60,0000 and 65,000 sows.

Many independent pig farmers had given up, with the cost of living crisis making things even more difficult, explained Jack Bosworth, whose family business has 550 sows and around 900 acres of arable land which this year produced a “better than expected” harvest.

While many smaller abattoirs are said to face continuing problems recruiting workers, larger processors have been able to source labour from the Philippines, albeit at an increased cost.

Looking forward, Jack said AHDB was continuing to look for new markets for lightly processed products and urged producers to respond to DEFRA’s consultation on fairness in the supply chain. “It’s a detailed survey, but now DEFRA has taken that first step to help the industry we really need producers to get involved and give their views,” he stressed.