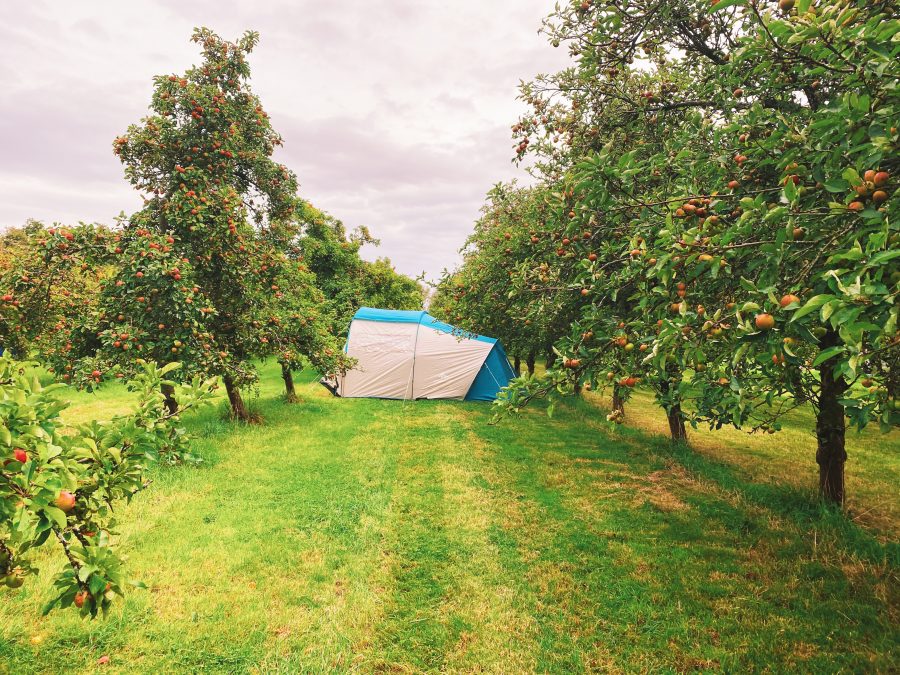 Farmers and landowners across England and Wales could get a shot in the arm next year as planning regulations governing temporary campsites may be set to change.

Joanna Averley, the Minister for Housing, Communities and Local Government – often referred to as the Chief Planner – has announced the government is to consult on a new permitted development right to support pop-up camping for Summer 2023.

In the meantime, she called upon planning authorities to take a ‘positive approach’ to planning applications for new campsites, to support tourism and hospitality services in local areas.

If successful, the consultation is likely to lead to an extension in the length of time farmers and other landowners can operate temporary campsites on their land without having to apply for planning permission.

Currently the limit stands at 28 days, although between June 2020 and December 2021 the government extended this to 56 days to help the rural economy recover from the Covid-19 pandemic.

The Welsh government is also consulting on the same issue at the moment and is expected to provide an update in due course, but the Scottish Parliament, whose guidance to relax planning enforcement until September, has yet to make any announcements on the issue.

Dan Yates, founder of outdoor accommodation booking site Pitchup.com, welcomed the news adding that the previous extension to 56 days had injected around £25m to the rural economy.

With the staycation boom still in full swing, any future extension would not only provide further benefits to rural communities across England and Wales, but it would also create much needed extra capacity for the large numbers of tourists planning to take their holidays in the UK.

Mr Yates said: “The Chief Planner’s announcement is fantastic news for rural England, which is still struggling to recover from the impact of Brexit and Covid-19.

“The previous extension to PDR was a fantastic success which by our calculations resulted in a boost for the rural economy of £25 million.

“This really helped farmers and wider rural communities hit by the COVID pandemic get back on their feet, while at the same time, provided much needed opportunities for people to holiday at a relatively low cost in some of the country’s most beautiful locations.

“We’re delighted to see Joanna Averley calling for a lenient approach to landowners applying for planning permission this year, but we’re even more pleased that she has announced a consultation on this issue.

“This, along with the consultation currently going on in Wales will hopefully lead to PDR being extended once again – possibly permanently – and set a precedent for other parts of the UK to follow.”

According to figures released by Pitchup.com – Europe’s largest outdoor accommodation providers – the original extension to PDR in June 2020 led to a large number of pop-up campsites being set up, giving COVID-weary campers the possibility of getting away from it all in some of the UK’s most attractive beauty spots.

According to Mr Yates, this pumped millions of pounds into rural communities the length and breadth of the country.

Pop-up campsites are the cheapest, quickest, and most cost effective forms of diversification open to farmers, he said, and even the smallest sites generated on average around £13,000 in extra revenue for farms across the summer season.

Others earned as much as £120,000 and more as campers flocked to enjoy an on-farm break.

“As the reduction in the Basic Payment Scheme really starts to bite, temporary campsites are an excellent way to redress some of the balance,” Mr Yates said.

“What’s more, they are very easy to manage alongside a farming operation. At their most basic, all that is needed is a single field, running water and some toilets and away you go. You’ll be surprised at just how many people want to come and enjoy the peace and quiet.”

Mr Yates encouraged all organisations wanting to see a flourishing countryside to get involved in the consultation once it got underway.

“Our figures demonstrate the fantastic economic impact pop-up campsites have had on the rural economy,” he said.

“But that is just half the story. Many of the farmers who ran pop-up campsites told us how much they enjoyed the experience and how much it meant to them to have people stay.

“It helped them meet new people, to socialise more, and in some cases led to a marked improvement in mental health and feelings of well-being.

“At a time when the industry is in such a state of flux, with a whole new support payment structure being introduced and input costs at unprecedented levels, providing farmers with a quick and easy way to generate extra revenue could provide the light at the end of a long tunnel.”

He added that the benefits also extended to people staying at the campsites.

Mr Yates said: “Staying on farm campsites gives people a much better insight into farming life and where their food comes from, as well as getting the opportunity to enjoy the hospitality country people are famous for.

“So whereas the financial and economic benefit of the extension to PDR is tangible and measurable, the social impact for both campsite owners and the holidaymakers there is absolutely priceless and I would implore all organisations that want to see the British countryside flourish to get involved in the consultation process and support an extension to PDR.”