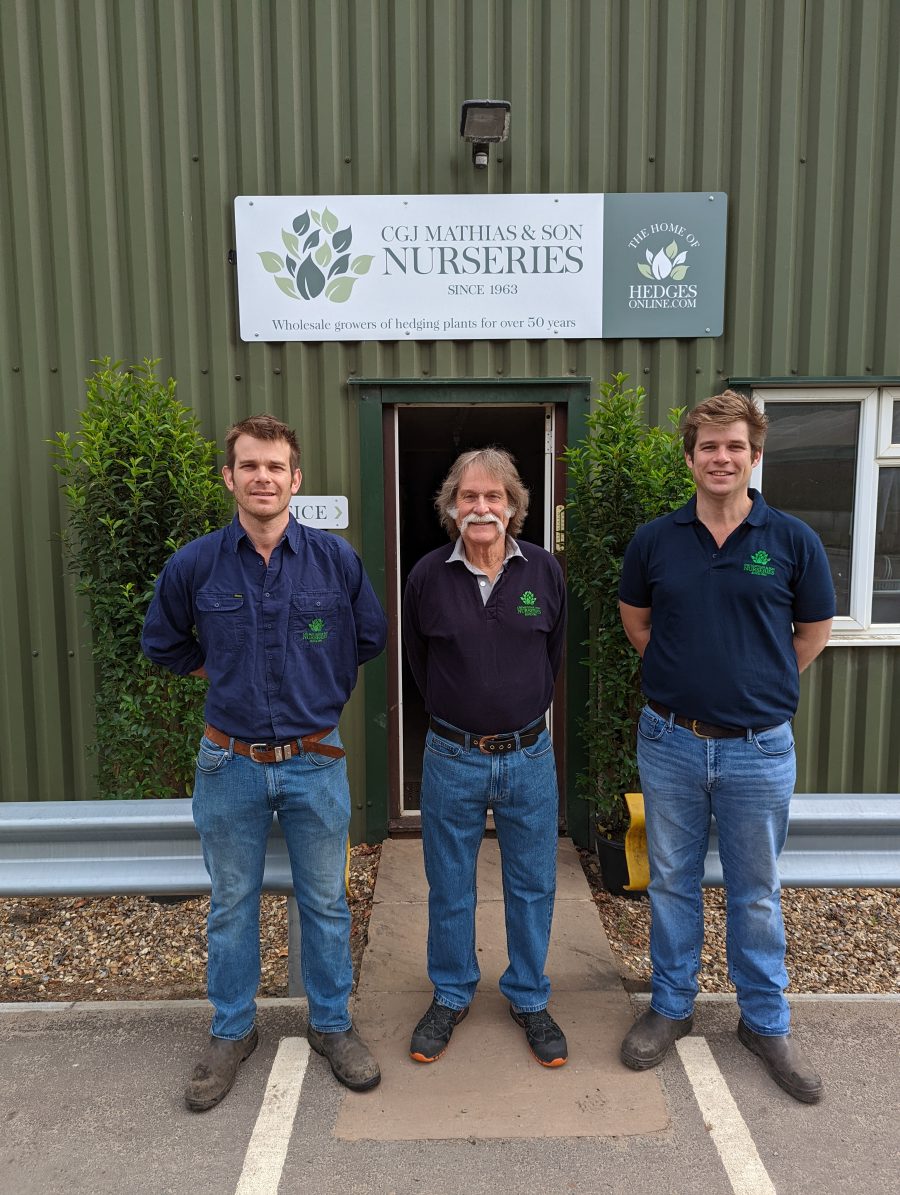 A Farnham plant nursery in one of the most affluent parts of the South East is having to rely on 4G phone connections because of the country’s poor rural broadband coverage.

CGJ Mathias and Son (Nurseries) is one of the region’s top performing hedging suppliers but is struggling with day-to-day tasks like updating its online product photographs and carrying out other website maintenance because it can’t access a decent broadband service.

“BT Openreach has told us that the ‘good news’ is that fibre is available – but only if we pay close to £30,000 for the privilege, and that’s simply not justifiable,” explained Will Mathias, a partner in the family business that was established in 1963.

“Government figures will no doubt suggest we are no longer in a broadband ‘notspot’ as we have been offered a connection, but that’s nonsense, of course. Eligibility is one thing, but it’s not really ‘available’ if it costs £30,000.”

The nursery, set up by Will’s grandfather John, is now run by Will, his brother Tom and father Bob. The business is thriving, having undergone major expansion in the past five years to meet an ever-increasing demand for British-grown nursery stock.

Much of their trade is online via their website at www.hedgesonline.com, but trying to upload photographs, send and receive emails, back up company data and do all the other straightforward business chores that come easily to most concerns is becoming increasingly difficult.

“The nursery is 600 metres beyond the last property on that particular telephone line from the junction box, which means the telephone signal is carried on an old copper wire that has to travel 600 metres through a forest, and BT Openreach has no desire to replace it with anything useable as we are the end of the line,” said Will. “If we used that for our internet connection we would get half a megabit per second download speed.”

Instead they rely on 4G connections and are looking forward to upgrading to 5G in time. “It works, but it isn’t good,” said Will. “It’s very unreliable, download speeds are variable and the signal can just drop out completely. If people send us high-res images by email it can just crash the system completely.”

The irony of the business’ location is not lost on Will. “We are 50 minutes outside central London in Tilford, one of the most affluent villages in Surrey, but we can’t get decent internet speeds. There is also no way of getting to talk sensibly to anyone at BT Openreach as it’s a monopoly that simply doesn’t care. The reality is that they can charge whatever they like, even though their prices are significantly above what the real cost should be.”

The business employs around a dozen people, but expansion is currently hampered by technology. “We are doing well and we want to move forward, but so many of the improvements we want to make would need a 21st century internet connection,” he commented.

The nursery’s experience chimes with research by the NFU which suggests a lack of action to improve rural connectivity is holding back UK food production.

Its recent digital technology survey reveals that greater broadband and mobile connectivity is needed to meet the needs of modern food and farming businesses, with respondents stressing that rural areas should have access to the same level of digital service and infrastructure as urban areas, including better speed, coverage and reliability.

NFU Vice President David Exwood said the survey made disappointing reading. “It shows that very little progress has been made over the past year to increase levels of broadband and mobile access in rural areas despite government promises to level up the country,” he said. “This lack of digital connectivity puts a huge drain on time and efficiency as we are effectively working with one arm tied behind our backs.

“Farming, like every other business, needs access to reliable broadband and mobile connections. They are vital to running modern day food and farming businesses, impacting everything from accessing data and utilising technology to communicating with suppliers and keeping workers safe on farm.

“If the Government is serious about levelling up the country, it needs to ramp up efforts now to deliver better digital services to rural areas and bridge the digital divide which in turn allows support rural communities to thrive.”