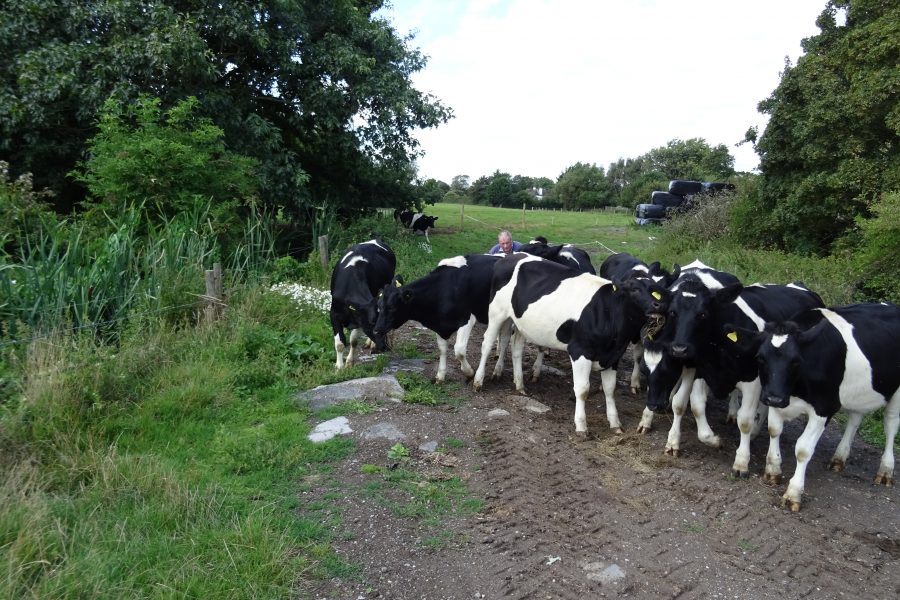 How many birds have you lost around your farms these past two years? It really only dawned on me this past autumn, but I now realise we have been losing them for a couple of years. It really started to show last spring when our nearby rookery was almost deserted. For a while I blamed the herring gulls, which have started nesting on a nearby rooftop, and I know they cleared a few rooks’ nests of eggs and young birds, but they only did limited damage to overall numbers.

The rookery, which five years back consisted of upwards of 45 to 50 nests, was suddenly reduced to around a dozen. Going back, before 1978 our little hamlet had two huge rookeries of upwards of 100 nests in each, atop our big old elms; now the rooks have sadly followed the elms.

Then I look around at the rarer birds. The buzzards, which have been breeding around our quieter corners and certainly numbered upwards of half a dozen locally, now seem to be down to two or three. I know they are not everyone’s favourite but, with little game shooting in the locality these days, the likelihood of shooting being the reason doesn’t really exist any longer. We welcomed them.

Two or three years ago we had the really rare appearance of a pair of ravens around the farms. I didn’t search for, or locate, their nest, although it was reported as being close and well hidden, but these last months nothing has been seen of the birds. Similarly, the little local heronry on my neighbour’s land hardly has any birds. They have increasingly lived off neighbours’ fish ponds, so I don’t suppose their disappearance will be of any concern to the neighbours, but where have they all gone?

To the gardens now, and the bird feeders are hardly being touched by the sparrows, blackbirds and various tits, while most of the finches have also disappeared too (but that’s been over a longer period), when 12 months back we had to refill feeders almost daily. Another mystery?

The only species which appears to be maintaining their numbers are magpies and jays, but they can hardly be blamed for taking any of those mentioned here apart from a few smaller species in the breeding season. I have noticed the usual couple of green woodpeckers still attacking ants on our lawns, our usual small but regular number of pheasants and the odd robin, but very few others. So, what’s the answer?

The obvious one is avian flu, which has affected domestic fowl and numbers of other important species such as mute swans, so it needs to be a great concern to everyone, although there appears nothing man can do. There’s not even anyone to blame. It’s not particularly easy to get all the birds rounded up for a ‘Covid-19’ type vaccination policy, so I suppose it is something that’s simply going to have to run its course while we hope immunity eventually develops. One only hopes nature looks after itself. The world would be a very sad and strange place without our wonderful bird life.

Readers may have seen my notes last month about Wally Elvin. I think it was in 1990 that our then vet, Paul Crossman, asked if I would be interested in meeting Wally because the herd he had been managing was being sold and Paul thought he would fit into my dairy business. I was needing a calf rearer and drystockman, so I jumped at it, and Wally and I met a day or two later. We hit it off and now here we are still working together over 30 years later.

Many people may know Wally through football. He started off as a 16 year-old youth player with Norwich City, then with Spurs, but neither quite worked out. He cheerfully told me early on he was a ‘failed footballer’. Instead, he qualified as a referee, working in the lower leagues across the South East, all while working on local dairy farms, becoming herd manager on one.

When he reached retirement age (as a ref) the FA offered to retain his services, and so, for the past 20-plus years he has been in charge of arranging officials, referees and linesmen, for league games in the South East, a job he has done so successfully that when he reached his actual retirement age, the FA made an exception and kept him on again, and he’s still doing it!

As a calf rearer he was quite excellent. He reared and looked after all our new calves and reared the heifers through until they calved in as replacements for the two herds. His ‘little darlings’ were treated like family, with sickness almost unheard of. I don’t think he ever had a case of pneumonia, citing ‘dry beds and good ventilation’ as the reason. However difficult a calving, he was almost as adept as vets in getting a live calf and, all in all, was a huge asset to the business.

When the herds were amalgamated in the mid 90s, his work became a bit simpler. He clearly stated that he wanted to stay with us, saying: “I will stop when you do,” and so here we are, yet another new year with Wally still doing anything needed here, still organising big numbers of FA officials every week through winter and still helping his son’s gardening business some three to four days a week. They don’t make many men like him.

Wally is truly a star performer, not perhaps a Lionel Messi on the pitch but a star off it, in so many different ways. He’s certainly not failed as a stockman.