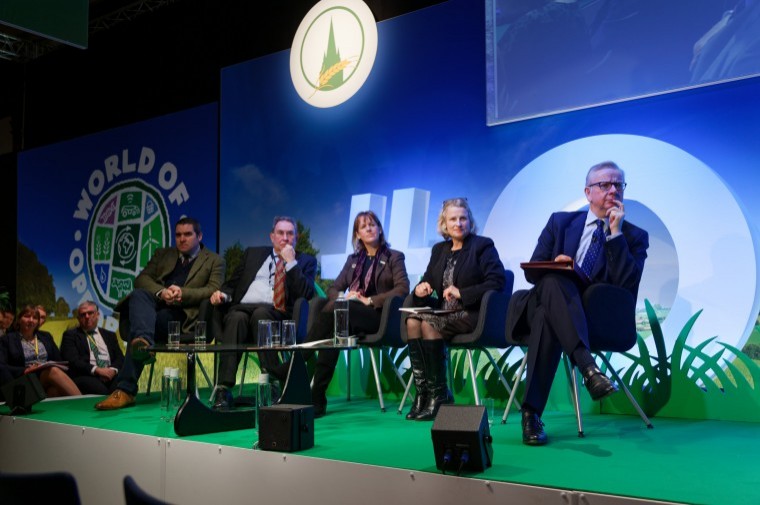 Speaking in January, NFU president Minette Batters said she wanted to set the sector the ambition of achieving net zero greenhouse gas emissions across the whole of agricultural production by 2040 at the latest.

The UK government has already put into law a 2050 target to reduce emissions by at least 80% of 1990 levels. But those targets may need to be accelerated in light of the UN-led Paris Agreement between global government’s to pursue efforts to limit global warming to 1.5°C.

The UK government is also pursuing its own net zero target, having asked its climate advisors last year for advice on setting a date for achieving net zero greenhouse gas emissions from across the economy, including farming.

This could lead to more incentives and demand for renewable energy from landowners and farmers.

“There is no reason why renewables can’t supply all energy needs on-farm and meet our carbon targets,” said John Pitts, managing director of the Woodhorn Group, an arable and dairy business based in West Sussex with a number of renewable ventures.

“If you look at the potential for the country as a whole, it’s huge. 80% of that potential is going to involve a landowner or farmer,” he told South East Farmer.

“Farm businesses are seeing the benefits of contributing to the decarbonising of the economy and diversifying their income streams through renewable energy production,” Dr Jonathan Scurlock, renewable energy and climate change advisor at the NFU, has said.

For John Pitts the biggest transformation on the horizon for renewables on-farm was battery storage. “It’s the holy grail that will transform renewables,” he said.

“Within a few years, not decades, we will have viable economic battery storage. When that comes, renewable energy could supply all our energy needs. It won’t matter when the wind blows or the sun shines as it can be stored. It will change the economics of renewables.

“It is a game-changer and my advice to anyone who is thinking of installing renewables on their land in the future will be to look at what provision is needed for storing batteries. Make sure you have the space.”