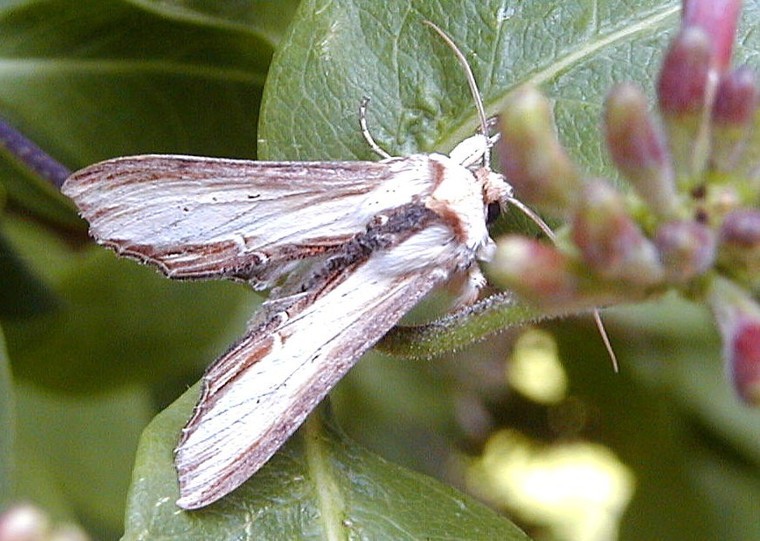 Thanks to a project funded by the John Spedan Lewis Foundation, volunteers for Butterfly Conservation have discovered several new populations of a rare moth.

The Striped Lychnis moth is Nationally Scarce, mainly being found in Hampshire and West Sussex, and has only around 40 known colonies left in the UK, some of which are very small. Butterfly Conservation volunteers and staff have been searching for the moth and were thrilled to discover it on 9 sites last summer which were either brand new or areas where the moth has not been seen in a long time.

Fiona Haynes, Conservation Officer for the project said: “The discovery of these 9 population sites is exciting and encouraging news and we’re optimistic that this species might continue to grow in numbers in the coming years. We’re very grateful for the support of the John Spedan Lewis Foundation for allowing us to carry out this important conservation work.”

Striped Lychnis needs just one foodplant – Verbascum nigrum or Dark Mullein. This plant is an attractive short-lived biennial that is most commonly found on chalky soils. It has tall flower spikes of yellow flowers with pink stamens, and is very attractive to pollinators such as bees, moths, hoverflies and weevils. The plant is easily out-competed by dominant grasses and brambles when sites become overgrown, and therefore some cutting and occasional ground disturbance is needed to help the plant persist on a site.

Striped Lychnis moths lay their eggs on Dark Mullein, and these hatch into tiny striped caterpillars in July. They spend their life as a caterpillar feeding on the flowers, going through several hatchings or ‘instars’ and gradually reaching a size of about 2 inches. They are really conspicuous in late July and early August, being brightly coloured in green and yellow with black spots and stripes. They then find a safe place near the base of the foodplant to pupate. They can spend up to three or four winters in this state before hatching as adult moths in May.

Dark Mullein used to be more widespread but due to changes in land use and habitat fragmentation it is now more often than not seen on road verges. If these verges are cut between May and August it wipes out the food for the caterpillars, and colonies can be lost or severely impacted in this way. Liaison with local councils to request verge cutting outside of these times where possible is important. Also, leaving unploughed field margins and long-term fallow or ‘set aside’ land encourages the foodplant and benefits the moth. The majority of the new moth population sites discovered since 2017 were on nature reserves or private land which suggests that the moth will colonise new areas where the conditions are right.

Anyone can buy seed and grow Dark Mullein in their garden to provide a safe haven for these special moths and benefit a wide range of invertebrates. The plant germinates easily and can be grown in containers or flower beds. If you do grow this plant and spot caterpillars or adult Striped Lychnis moths then send your sightings via the iRecord app, downloadable from butterfly-conservation.org/mysightings. Watch out for the incredibly similar species Mullein moth though – so do get a picture of your caterpillars!