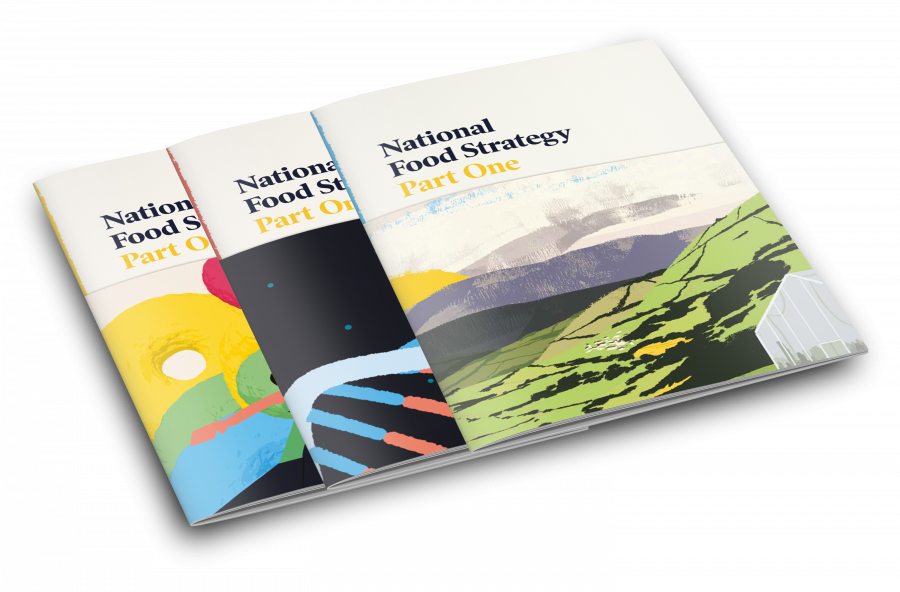 A Kent-based think tank has welcomed the UK’s long-awaited food strategy but claimed that the Government has “ignored the importance of rural issues in critical national policies for far too long” and is now playing catch up.

A statement from The Rural Policy Group (RPG), which has been campaigning for greater self-sufficiency since it was founded, went on to point out: “The rural economy is a vital part of our economy and impacts health and climate policies, making it essential that it is given more consideration.”

The RPG held a national conference at the end of May, focusing on “creating a sustainable farming economy” and bringing together a number of high-level speakers.

The conference called for the UK to be 70% self-sufficient in food production by 2030 to support the rural economy and end the reliance on cheap imports, and argued for a fairer distribution of value throughout the food supply chain.

The RPG aims to highlight the key issues of food security, return on investment for farmers and producers and issues around more sustainable agricultural and rural businesses to maximise the contribution farming can make to reducing the nation’s carbon footprint.

Following the launch of the Government’s food strategy, which DEFRA said would “back our farmers by helping to increase domestic production, spread jobs and grow the economy”, chairman Mark Lumsdon-Taylor said that while welcome, it was light on detail.

He commented: “While the Government has just announced its food strategy as a blueprint for how it will back farmers, to date there have been no policies.

“Health, energy, transport, technology and climate are all big areas of focus for our government, and while that is not wrong, food is a basic need and we need to get it right. It should be a long-term strategy, rather than a reaction to the immediate shortages posed by the war in Ukraine.

“Our policies on food are critical to both the health of the nation and our net zero targets. If we don’t focus on food, we risk everything else that we invest in health and climate.”

He said the RPG conference had outlined “a broken food supply system with unfair distribution of value in the supply chain that leaves farmers at risk of failure and the country in a position of food insecurity”.

Phil Acock, chairman and managing director of Fourayes Farm, told the conference: “All we ever debate is the price of food, but compared to other countries in Europe, our food is not expensive. We don’t value the food that we produce and there is a very real hidden cost in keeping the price of food low, both in terms of quality and the impact that low-quality food can have on our health.”

Rachel Nutt, Partner at RPG sponsors MHA Macintyre Hudson, chartered accountants, outlined the challenges being faced by farmers still grappling with Brexit and the Ukraine war. “When the Basic Payment Scheme ends, nearly half of farms will be loss-making, which will have severe impacts on employment, the countryside and the accessibility of nutritious food as part of the national diet,” she said. “The new Environmental Land Management scheme just doesn’t cut it.”

The RPG’s Annual Report, Shaping the Future of the Rural Economy highlights that good food is costly to produce and suggests that the country needs to recognise the value of farming to the economy, the environment and health and recognise its value in the food chain.

DEFRA said government plans, which include incentives for industry and investment in research, would support farmers to harness innovative technologies “to boost home-grown fruit and vegetable production and in turn create new job opportunities across the country”.

The strategy commits to “broadly maintaining the current level of food that we produce domestically and boosting production in sectors where there are the biggest opportunities – such as horticulture and seafood.”

The announcement said £270 million would be invested across farming innovation funding programmes until 2029 aimed at unlocking technologies to drive sustainable farming techniques which will help increase productivity and profitability and the sector’s long-term resilience.

A round up of comments on the Government’s response to Henry Dimbleby’s research.

NFU President Minette Batters: “The National Food Strategy represents a clear milestone, with the Government recognising the importance of domestic food production, maintaining our productive capacity and growing more food in this country, particularly at a time when the war in Ukraine has focused attention on the importance and fragility of our global food security.

“We know the public wants to be eating more local, British food and farmers are ready to play their part in producing high quality and climate-friendly food, all while protecting and enhancing our environment. We now need to see this strategy develop into clear delivery and investment to capitalise on the benefits food and farming delivers for the country, such as our world-leading standards of animal welfare, environmental protection and food safety.”

Waste charity WRAP’s CEO Marcus Gover: “The way we feed ourselves feeds climate change – causing around 30% of global greenhouse gas emissions. We must change that as we will not fix climate change if we don’t fix our broken food system.

“More than 200 large food businesses already measure their food waste as part of the WRAP-IGD Food Waste Reduction Roadmap and are realising both financial and environmental benefits by minimising that wastage. We welcome the proposal to extend this with a consultation on mandatory reporting for larger businesses.”

David Bowles, Head of Public Affairs at the RSPCA: “There are some positives, with the Government pledging to ensure trade deals protect our welfare standards, ensuring there is a requirement for anyone wishing access to the UK market to demonstrate good health and welfare standards to prevent disease outbreaks and balancing this with issues such as antimicrobial resistance and animal welfare, consulting on ‘method of production’ labelling and encouraging more sustainable dietary choices, but sadly we have seen other key improvement areas either watered down or delayed.”

Di Wastenage, chairman, Royal Association of British Dairy Farmers:  “While it may seem like a lot of money is being invested into the agri-food sectors, my worry is a lot of money is old money, and in reality, it needs a lot of newer investment to pull it off.

“This report rightly highlights the importance of food security and the value placed on British farmers. For far too long, food and our farmers have been undervalued. Now it’s time consumers understood the true value of the food they consume.”

“Although it includes encouraging words on mandatory labelling, regenerative farming and support for the burgeoning alternative protein industry, it lacks a commitment to meat reduction and the use of government procurement for schools and hospitals, as well as firm reassurance on a minimum set of standards in future trade deals.”

Philip Wynn, Chairman, Linking Environment And Farming:  “LEAF cautiously welcomes the Government’s National Food Strategy white paper.  Its high-level objectives are laudable: including the ambition to strengthen our national resilience to address food security, placing nature at the heart of more productive farming and reconnecting consumers with their food. However, what is lacking is a clear plan of action and a sense of urgency.”

National Sheep Association Chief Executive Phil Stocker: “If this review has highlighted one thing it is just how fragile our food systems are here in Britain and around the world.  Our environment is similarly fragile, which is where incentives for truly sustainable farming approaches come in. But constantly considering our domestic producers in trade deals is vital in protecting the agricultural sector from future risk and volatility and ensuring a reliable level of food security.”

Annette Woolcock, head of wild food at the British Association for Shooting and Conservation, commenting on news that wild venison had been recommended as a low-carbon alternative to beef: “There is no wonder that the Government has picked up on venison’s superb credentials. A low carbon footprint and low food miles means venison is a superb alternative to the more common options of chicken, beef and lamb.

There are approximately two million wild deer in the UK. With no natural predators, their numbers must be carefully managed humanely through deer stalking. Failure to properly manage populations will see deer damage agricultural crops, new tree plantations and ancient woodland.”

Organic Farmers & Growers chief executive Roger Kerr: “We were hoping for a robust and clearly defined action plan from the Food Strategy White Paper. What we have instead is yet more rhetoric. Mr Johnson has said he is ‘supporting UK farmers’ but this does not transpire within the white paper.

“With 20% of the world’s nitrogen fertiliser and 40% of its potassium unavailable due to western sanctions, the inadequacies of this ‘business as usual’ food strategy must be addressed as a matter of urgency. Sadly, the government lacks the ambition to step away from a flawed food system that’s been embraced over the past 70 years.