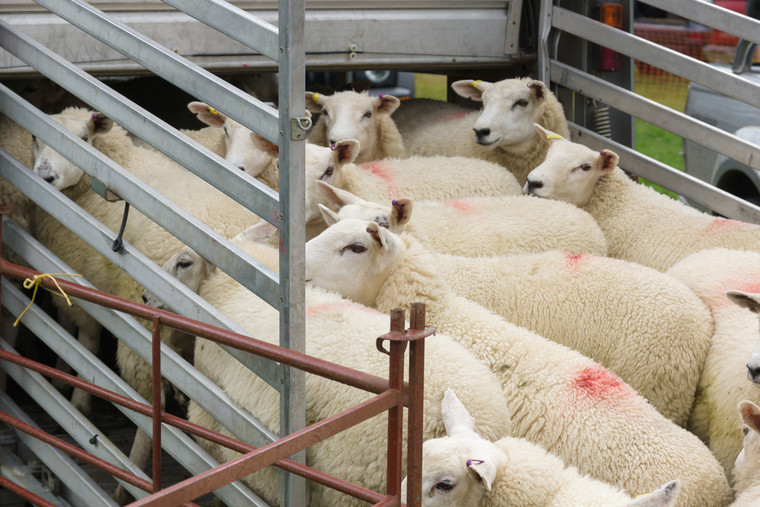 Sheep farmer and South East Farmer correspondent Alan West was one of those who pointed out that the situation is not as simple as protestors or the media would like to suggest, with a lack of abattoir capacity in the South East possibly more of a challenge to animal welfare.

“Live exports have been and always will be a contentious issue, with around 480,000 animals exported each year for slaughter or finishing, a little less than 30% of the 1.72 million lambs produced in the UK each year,” he explained. “Of this number, quite a large proportion will be sheep and lambs exported to the Republic of Ireland, many from Scotland in a trade that has probably existed for more than 100 years.”

Total live exports from Ramsgate in Kent are around 30,000 animals each year, including a significant number of calves, Alan said. “If 75% of this trade is of lambs, this represents a total live export trade for export of about 22,500 lambs, approximately 1.3% of UK lamb production.

“While this is a relatively small proportion, there is a principle involved here. Live exports have always been a legitimate part of EU trade and really should, in my view, continue to be part of the cross-Channel trade post-Brexit.

“A lot of the criticism of the trade is based on either misinformation or disinformation, with problems generally caused by poor enforcement relating to onwards transit of animals destined for northern Europe, being diverted – often contrary to current legislation – to destinations in southern Europe. Current regulations are, if adequately enforced, more than adequate to ensure the health, welfare and safety of sheep being transported.”

Alan pointed out that maximum journey times are usually eight hours, which is “more than adequate” to get sheep to an abattoir in Northern Europe.

He went on: “Where journey times exceed eight hours by road, transporters must have their vehicles or livestock containers inspected and approved according to specific criteria; this includes on-vehicle drinking systems, ventilation systems and temperature monitoring. If journeys are significantly longer, after 14 hours of travel a rest period of at least one hour must be given. This allows them to be fed, if necessary, and watered before being transported for a further 14 hours.”

Alan maintained that one incident in 2012 which saw 40-odd sheep being euthanised followed a failure by the RSPCA and Trading Standards to manage the situation effectively. “It was the insistence on unloading the shipment into a temporary holding area with rough aggregate, totally unsuitable for sheep, that resulted in 40 sheep later being identified as being lame and several falling into an uncovered drain and drowning,” he said.

Alan added that opponents of live exports had also ignored research carried out in the 1980s that looked at saliva cortisone levels as an indicator of stress in sheep and showed that there was something about the sea journey that sheep found “very relaxing, with observed saliva cortisone levels similar to when out grazing and lower than during normal transport”.

He said the issue went beyond live sheep crossing the Channel, pointing out that since the 2001 closure of Marshall’s Abattoir at Lamberhurst, there had been no volume slaughtering capacity in the South East. “The post-Foot and Mouth review of abattoir capacity in the UK identified this gap, but it is an issue that has never been addressed,” Alan pointed out.

“As a result, we have the ridiculous situation where lambs may be purchased in Ashford Market on a Tuesday, transported across the country to an abattoir in South Wales for killing and cutting on a Wednesday/Thursday before potentially returning to a supermarket a mile from the market by the weekend.

“That’s a return journey of approximately 450 miles and eight to nine hours travelling time. A batch of lambs purchased on the same day out of Ashford could be delivered to an abattoir in Northern France, Belgium or Holland in less time.

“If transport regulations and journey times are to be reviewed, the reviewing body needs to look at the wider implications and consider the issues on a national scale, particularly in terms of volume produced and the location of abattoir and meat processing facilities. If animal welfare is considered important and a public good, then there needs to be some sort of financial package to facilitate the necessary adjustments to the process.”

The RSPCA said sheep and dairy calves were “exported from the UK overseas on gruelling journeys that can last tens of hours, exhausting the animals and causing suffering and even death”.

The statement went on: “These long journeys can cause animals to suffer from fear, exhaustion and dehydration, temperature extremes and lack of food, water or rest. Their welfare is also no longer protected by the UK’s standards once they have left the ports, and they may be fattened or slaughtered in systems that would be illegal here in the UK.”

RSPCA Chief Executive Chris Sherwood said: “We welcome and share the Government’s goal to ban live exports. There is absolutely no reasonable justification to subject an animal to an unnecessarily stressful journey abroad simply for them to be fattened for slaughter.”

DEFRA’s call for views on “ending live animal exports for slaughter and fattening, starting in or transported through England or Wales, and on further improvements to animal welfare in transport” ends on 28 January. The survey is at https://consult.defra.gov.uk/transforming-farm-animal-health-and-welfare-team/improvements-to-animal-welfare-in-transport/k