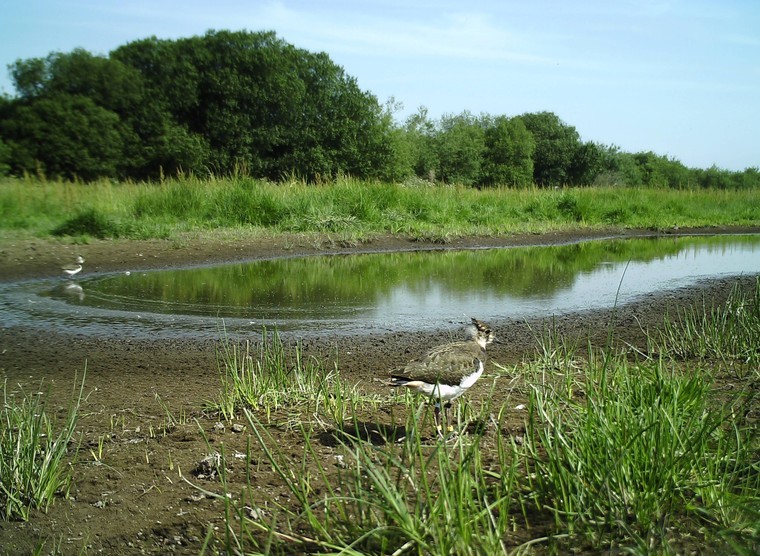 A remarkable project to restore lapwing to the Avon Valley in Wiltshire, Hampshire and Dorset has shown that, given the right funding, advice and encouragement, and by working together, farmers can boost biodiversity in the UK’s countryside.

The LIFE Waders for Real project, set up by the Game & Wildlife Conservation Trust (GWCT), has managed to reverse the downward trend of lapwing and other waders in the Avon Valley between Salisbury and the sea at Christchurch. Now a new booklet, ‘Saving our Lapwing: a guide to successful working conservation’, documents their success and describes the conditions lapwing need to thrive. Central to that success has been the commitment of 40 local land managers working together on a landscape scale to help their lapwing population.

By starting with existing breeding populations of lapwing, incorporating predator control alongside habitat creation and, most importantly, involving local land managers, the LIFE Waders for Real project has succeeded in increasing the number of lapwing in the Avon Valley, from 61 pairs in 2015 to 105 in 2019. Crucially, the project has also succeeded in improving breeding success. To remain stable, a local population needs to fledge an average of 0.7 chick per pair each year. Prior to the project, lapwing productivity had dropped as low as 0.4 young per pair. By 2019, the figure was 0.96, safely exceeding the critical level for sustainability. The project has also seen remarkable success with the redshank population. Redshank have increased from 19 pairs in 2015 to 35 in 2019.

LIFE Waders for Real project leader Lizzie Grayshon commented: “The project wouldn’t have worked without the farmers and gamekeepers driving it. We opened their eyes to some of the issues and provided guidance on possible mitigations. The extra work these working conservationists put in to help the lapwing on their land has been truly inspiring.”

Despite being one of Britain’s most iconic birds, the lapwing is also one of our most endangered species. Numbers in England and Wales have plummeted by 80% since the 1960s.

Fordingbridge-based national conservation charity, the GWCT began monitoring lapwing, redshank and snipe in the Avon Valley in 1996. By 2013 they were so alarmed by the drop in breeding pairs of lapwing that they called a meeting of local land managers. The Trust’s research showed that the decline was due to poor breeding success, with predation of nests and chicks being the main cause.

The GWCT developed a strategy and secured funding for the LIFE Waders for Real project and in 2015 their team of ecologists began working with farmers, gamekeepers and riverkeepers to improve habitat and protect those birds that still bred in the valley.

Avon Valley farmers like Will and Judy Mitchell, who run a 500-acre mixed livestock farm, now only graze experienced stock on the water meadows. This reduced the risk of nests being trampled and helped achieve the ideal sward with tussocks and large hoof prints, which hold moisture and insects for the young lapwing chicks. “We will always do what we can for the birds,” says Will.

Addressing predation pressure was crucial to the project’s success. Temporary electric-fencing around nests proved effective and lethal control of foxes, crows and American mink carried out on some of the Avon Valley sites increased breeding success. On some sites ‘lookout’ trees or old fences favoured by crows and birds of prey were removed. And on farms or estates that ran a shoot, gamekeepers used legal lethal control on corvid species such as crows that eat eggs and kill lapwing chicks during the breeding season.

Rupert Brewer, head gamekeeper on the Bisterne Estate, worked with the GWCT predation scientists who monitored fox movements using camera traps and GPS tracking collars. “We always did a bit to control foxes and crows,” says Rupert “but we stepped it up, focused it at the right time and changed our approach. When we started, I remember seeing a pair of lapwings and 25 crows on the water meadows. Three years later I saw about 25 lapwings and one crow, which means they’ve got a chance. Being able to control corvids under the General Licences and foxes means we can maintain a balance, which is essential for stopping lapwing decline.”

The LIFE Waders for Real project, and the ‘Saving our Lapwing’ booklet, demonstrate that where those who work the land are encouraged and supported to work together, they can reverse species decline and boost biodiversity in our countryside.

For more case studies of working conservationists making a difference to wildlife on working land, including more on Rupert’s conservation work, visit: workingforwildlife.co.uk​