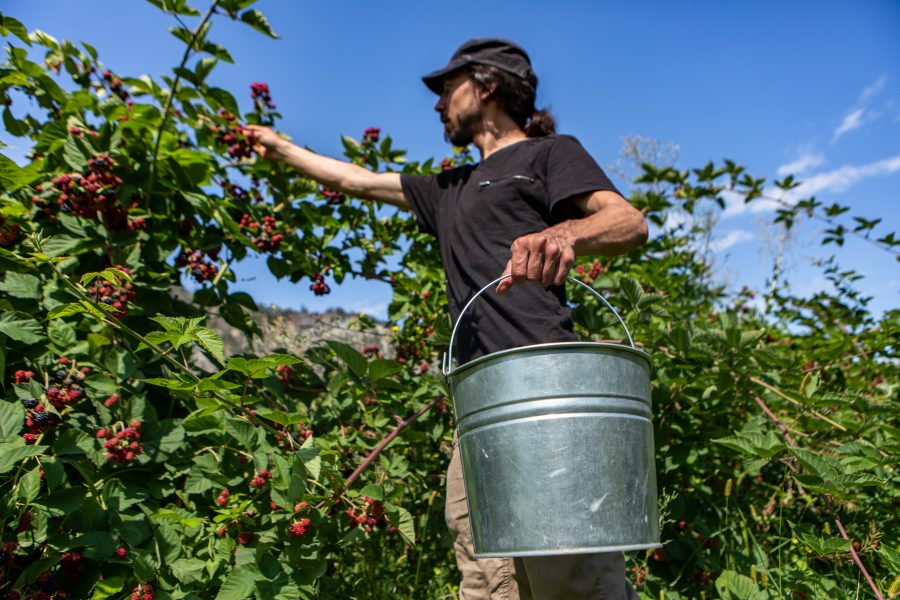 Urgent investigations have begun into claims that Indonesian fruit pickers were charged additional fees to work in this country as part of teams signed up by a Kent recruitment agency approved by the Home Office.

The issue came to light when workers at Clock House Farm in Coxheath, near Maidstone, told a national newspaper that they had paid several thousand pounds to a third-party broker in Bali.

Clock House Farm Managing Director Oli Pascall said he was “deeply concerned” about the revelations and was working hard to support the workers affected and help find out how the issue had arisen. There is no suggestion that the farm had any knowledge of the payments.

Faversham-based AG Recruitment’s Doug Amesz, meanwhile, is also working with the authorities in a bid to work out what payments were made and why, and has stressed that he made it very clear to workers when they were recruited that they should not pay any additional fees to a third party.

He added that despite the issues raised by the Guardian newspaper, the workforce at Clock House Farm was “very happy to be here and hoping to be able to return next year”. Oli Pascall has guaranteed the workforce that they will be offered at least 35 hours work a week – an amount that is regularly surpassed – and has confirmed that they are paid the agreed minimum hourly rate of £10.10, above the £9.50 national minimum wage.

In a statement, the farm stressed: “Clock House Farm is compliant with all necessary legislation and meets the requirements defined in law to ensure the best working and living conditions for those employed under the Seasonal Agricultural Workers Scheme.”

Oli added: “Our overarching priority is the welfare of the staff. We are clearly concerned about the suggestion that workers have paid additional fees and we want to get to the bottom of the matter.

“This is not a failing of the farm – indeed, the newspaper was also looking into similar allegations at other farms, so this is clearly not an isolated incident specific to Clock House – but as an interested party we are collaborating fully in order to fully understand what has happened.

“We also have plans to spearhead a campaign to address this worrying industrywide issue to instigate positive change. Further details will be released in due course.”

Doug Amesz and his team had to work quickly following the Russian invasion of Ukraine, which threw in to chaos his plans to recruit most of his 2022 workforce from those two countries. “After using workers from those countries successfully in 2021, we were planning to recruit 50% of this year’s workforce from Ukraine and 40% from Russia,” he said.

“Instead, we had to fast track our plans for future years and turn to countries including Nepal, India, Indonesia, Chile, Uzbekistan and Vietnam to make sure growers had the teams they desperately needed to bring in this year’s fruit. We would normally have trialled the processes in those countries first, but that luxury went out of the window when Putin invaded at the end of February.

“We were staring down the barrel of a complete disaster, but against the odds, and with the support of the Home Office and the industry, AG Recruitment and the other three approved agencies pulled out all the stops and recruited the 38,000 workers, in total, that the seasonal workers scheme allowed to be offered visas this year.

“This was achieved despite delays caused by the issue of visas and biometric data processing in the new countries and despite us having to get to grips with the different labour legislation in each of the new countries we were working with.”

Doug said he first realised there was a problem when workers started to be interviewed in the UK. “The costs people told me they had incurred for their visas and transport were higher than they should have been, which was a shock to me because I had spent six weeks in Indonesia recruiting workers and I specifically told them not to pay any additional charges and that it was illegal to be asked to pay to work in the UK.”

Doug confirmed that Jakarta-based Al Zubara Manpower had helped AG Recruitment with obtaining a demand letter, a document Indonesian citizens need before they can apply for a permit to work abroad, but said his own company had been responsible for the actual recruitment. The Guardian article suggested that it was a broker supplying workers to Al Zubara Manpower that had charged fees of between £4,400 and £5,000.

“It’s not clear what happened and we are working with the Home Office, with the Gangmasters and Labour Abuse Authority (GLAA) and with the Indonesian authorities to get to the truth, but it does seem that some workers have paid money to a third-party broker,” he said.

“All workers face legitimate charges for visas and travel to the UK, but we are determined to get to the bottom of exactly what these pickers paid for, who it was paid to and whether or not it was justified. AG Recruitment made it quite clear that no-one should pay for a job.”

The statement from Clock House Farm also stressed: “All workers recruited by Clock House’s Home Office-approved labour partner
AG Recruitment were required to confirm in writing that ‘they did not have to pay anyone to receive a job offer from AG Recruitment’.”